Installing an M35A3 aluminum fuel tank on an M35A2

I did this yesterday and figured I'd write it up though it was relatively straightforward.

The old steel tank was pretty nasty (though I've seen worse) and I was able to pick up an A3 tank for a great price. I started by cleaning out the A3 tank by hand. I first drained about 5 gallons of off road diesel that was still in there from the previous owner (only spilled 1/2 of it : ) and then took out the supply tube (not sure what it's called but the A3 tank does not have a in tank pump) and sending unit. 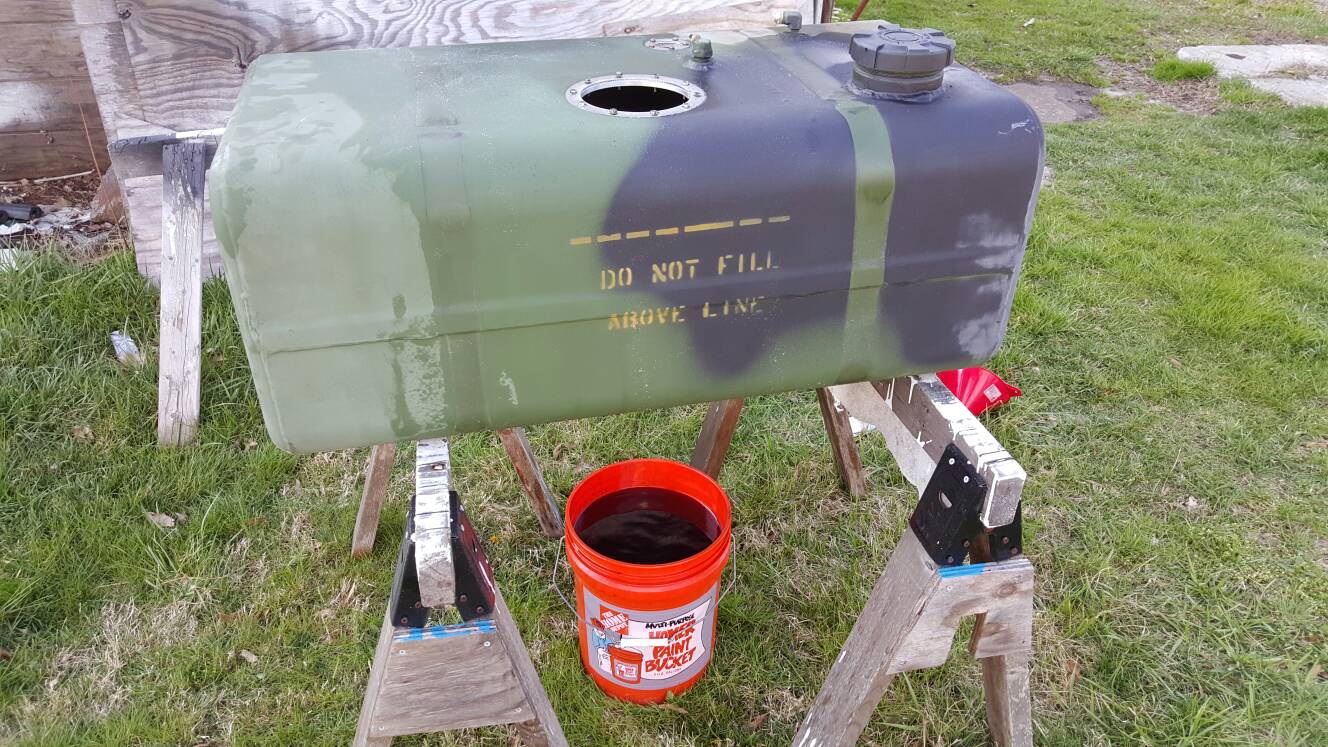 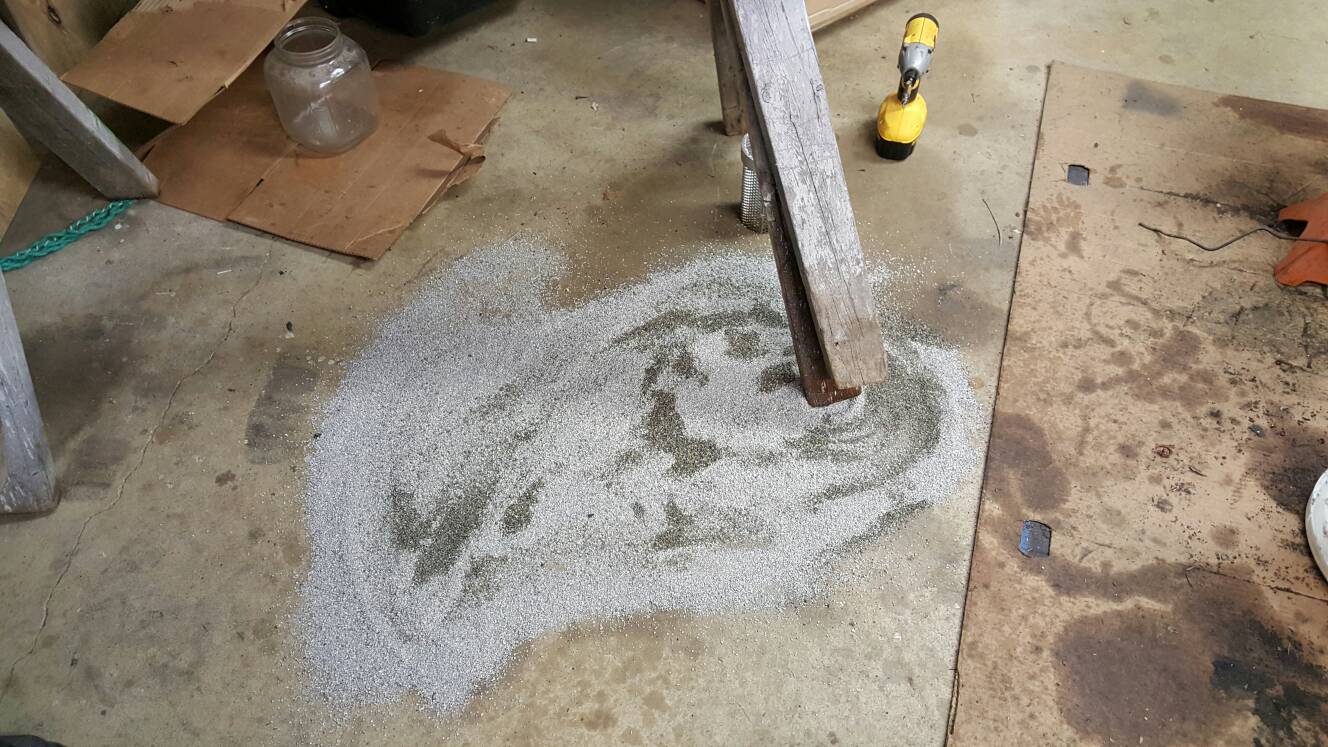 I then reached in all the way to my shoulder and wiped the entire inside of the tank down with paper towels rinsing every once in a while with a little extra diesel. It was a bit tight especially reaching on the other side of the baffle but I've got long arms and was able to get the inside of the tank pretty darn clean I think. Probably has something to do with it being a newer tank and being aluminum but looks like it worked out pretty well. 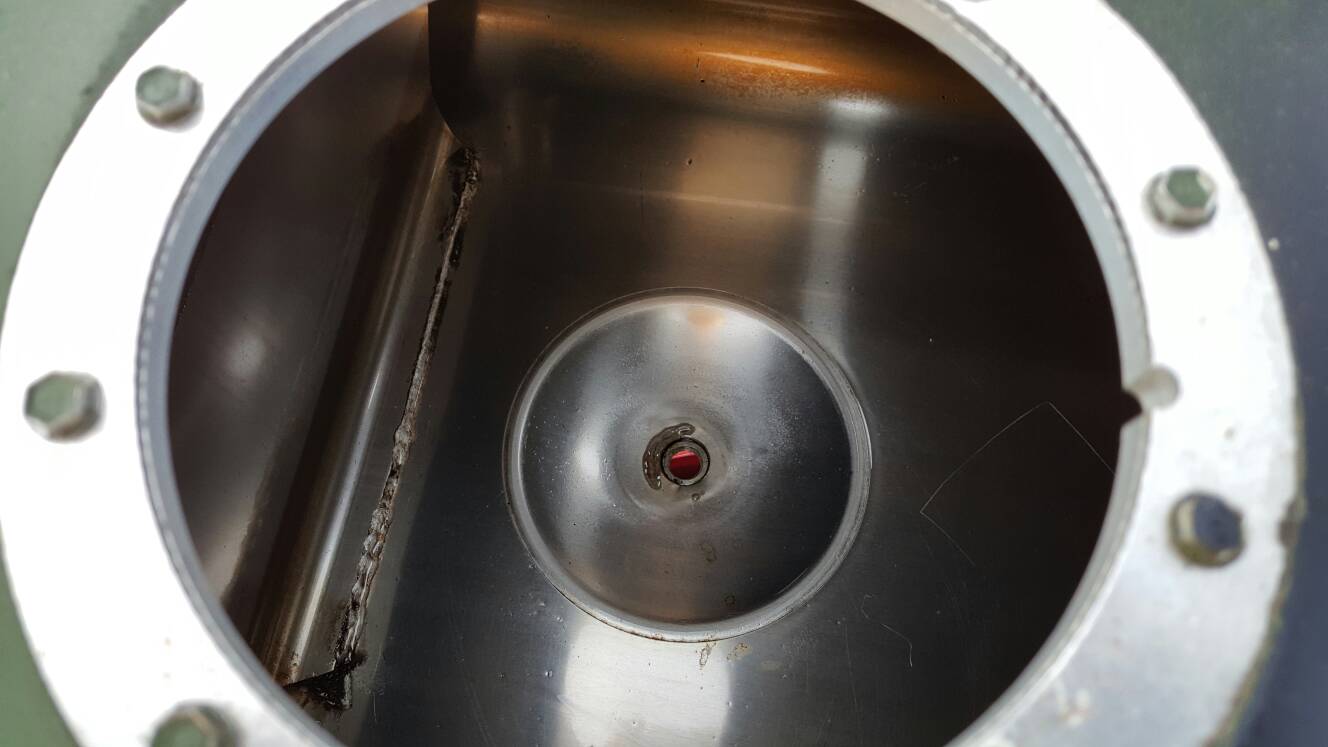 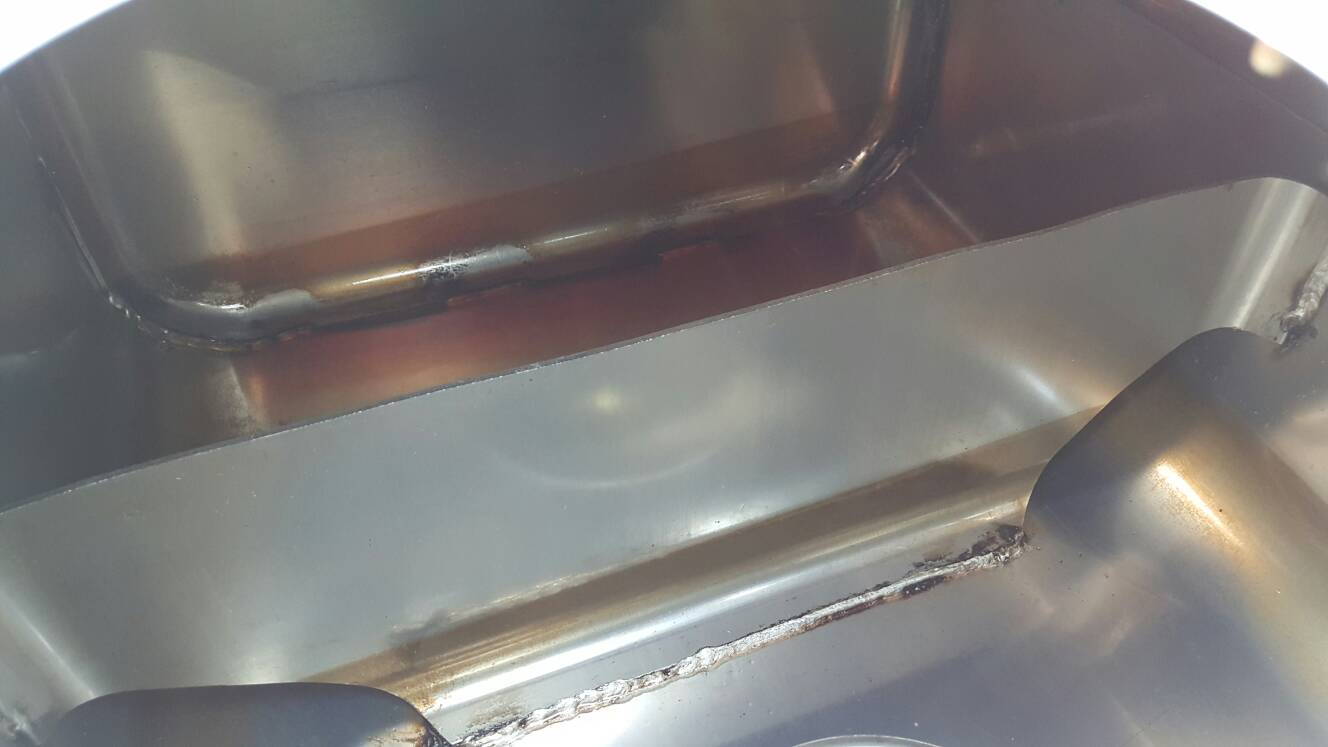 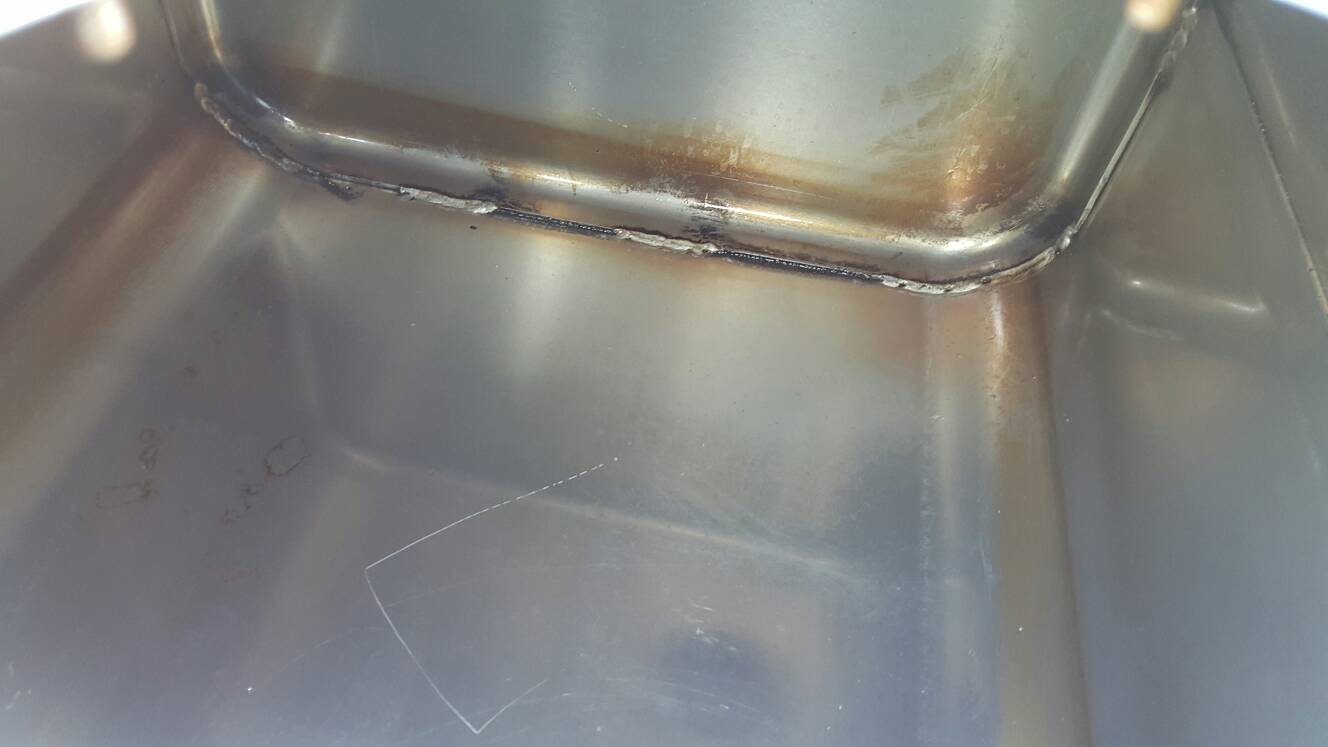 I also ordered the last 4 inch locking fuel cap that I could find from MyothersanM1 in the classifieds. I sprayed it up flat black to match that part of the tank and it works really well 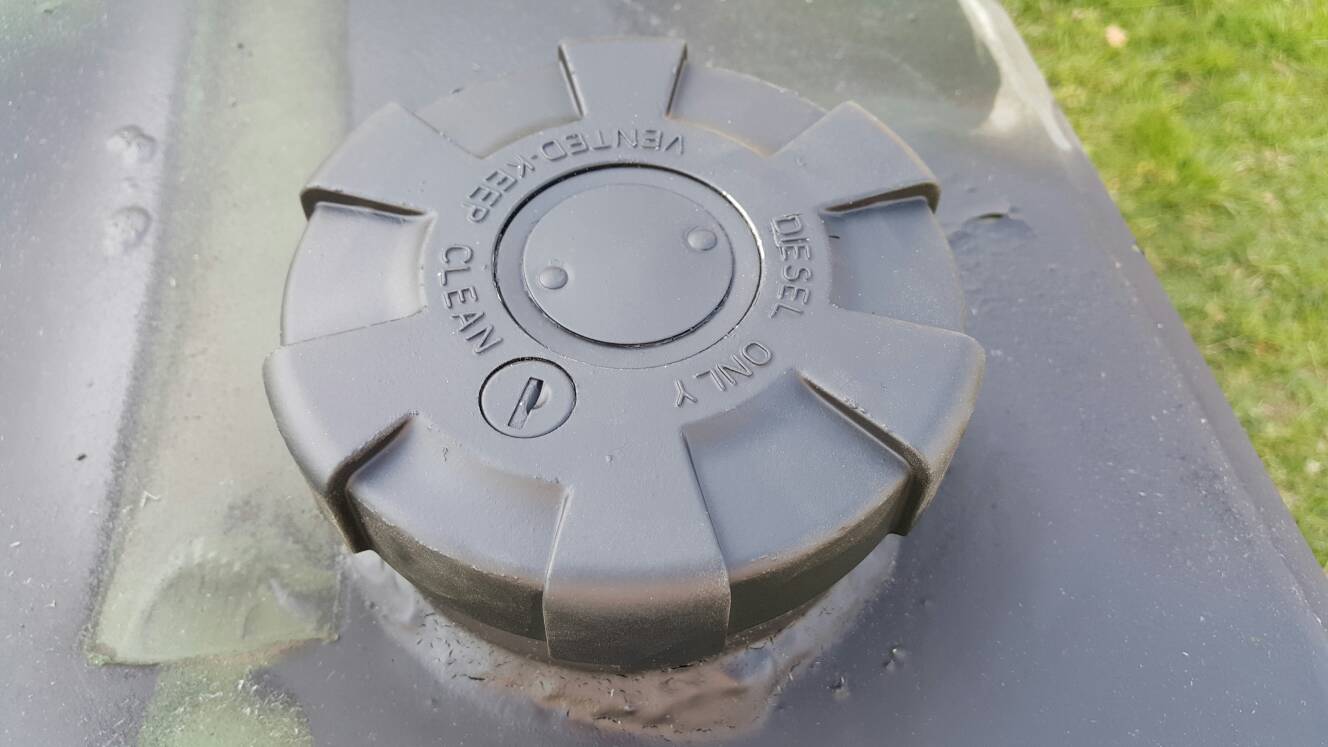 I'm really glad that I didn't put anything in the tank like sand or gravel because just feeling how big of a pain it was to wipe out all of the existing grit, would not have wanted to fill it up with any more. Would have exponentially increased the amount of wiping/flushing. Could be different in a steel tank but for this tank the hand wipe was definitely the best option.

Next I removed the A2 tank with the sender and pump in place (disconnected fittings on truck side) so I could work on it on the bench. 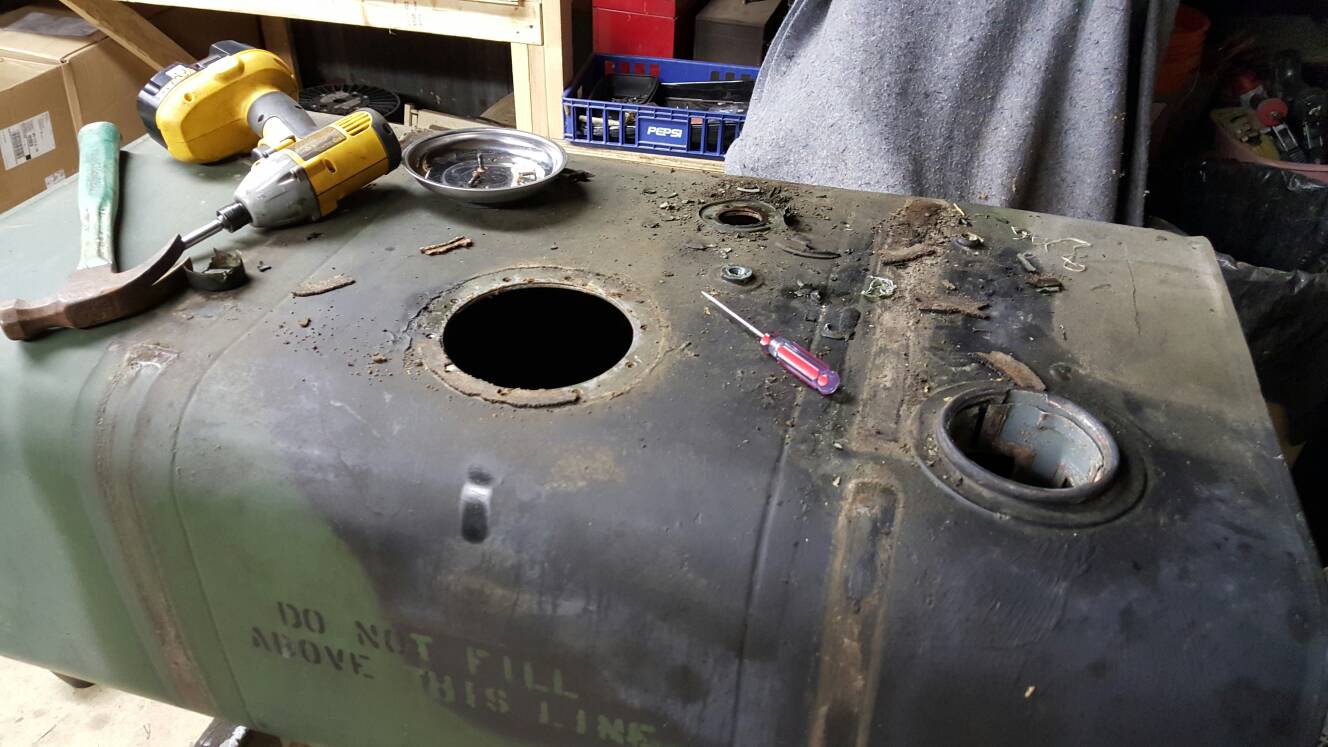 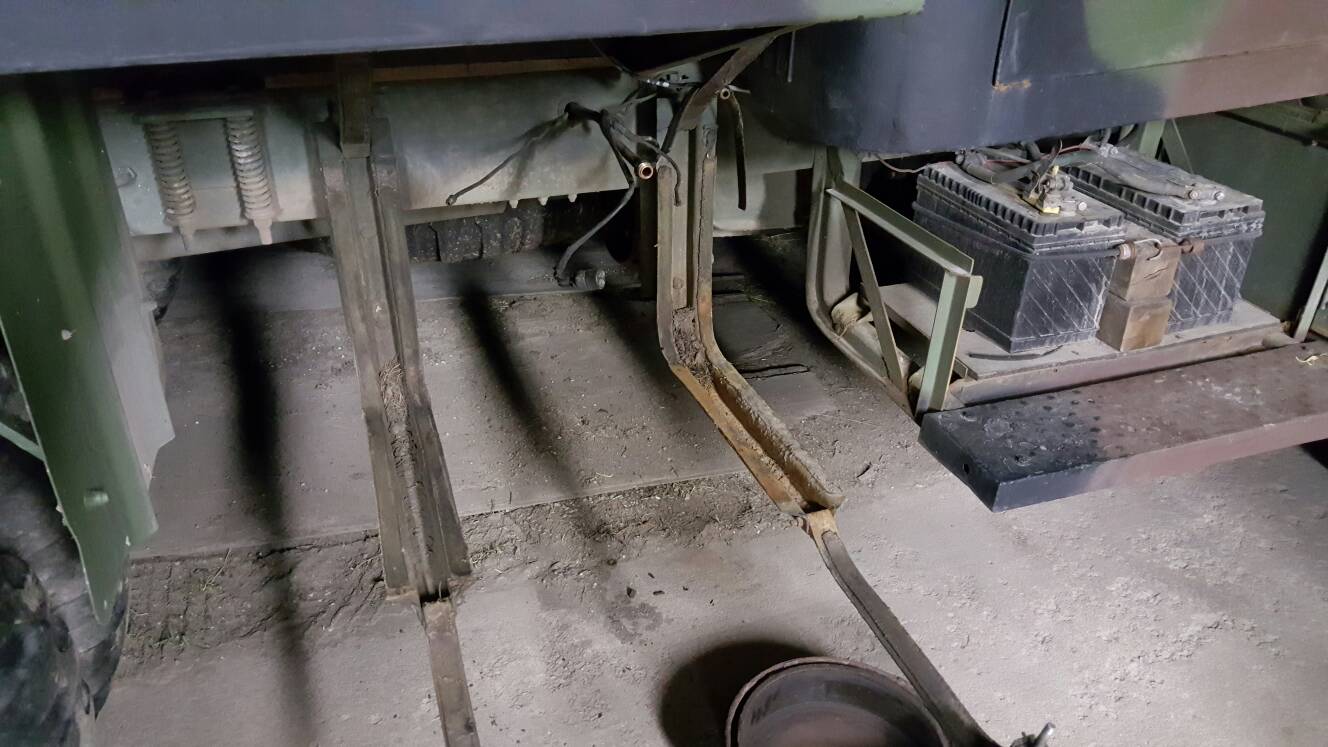 I used the fuel pump and sender from the A2 tank and when I pulled out the pump the bottom screen was pretty natty with algae. 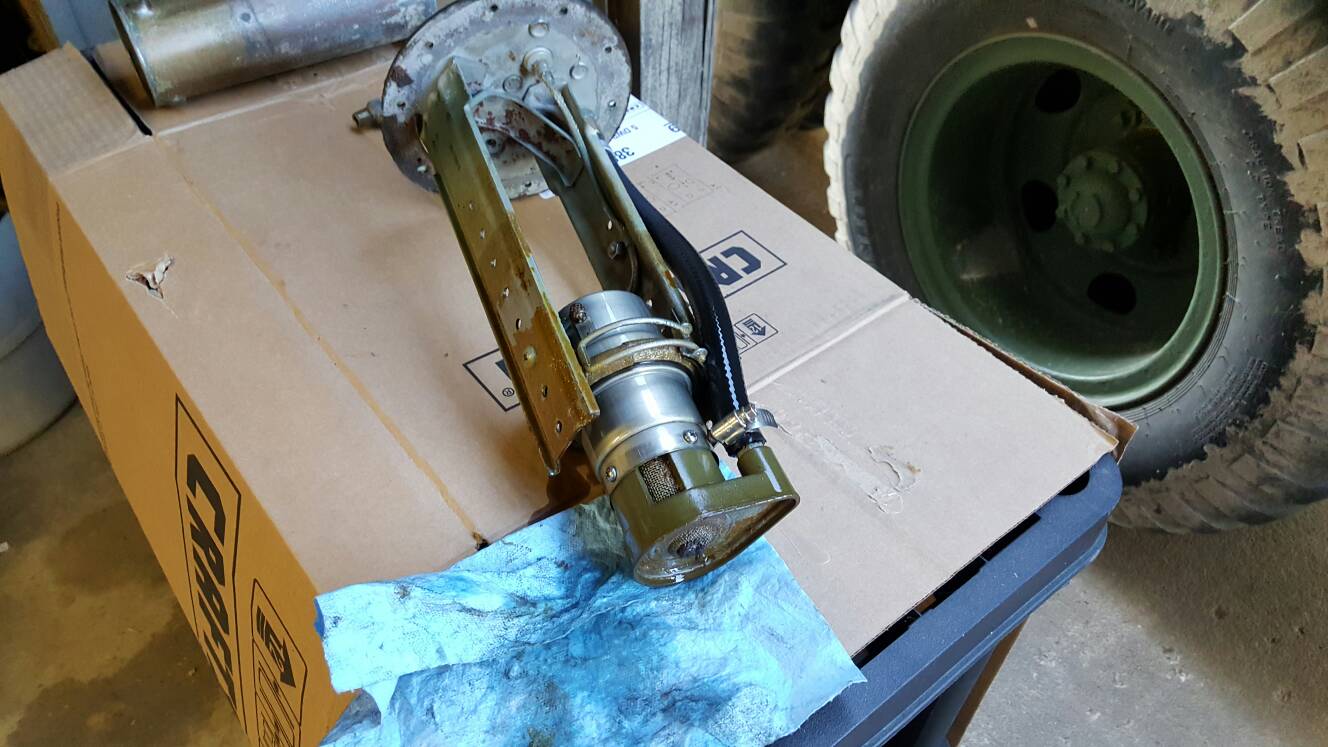 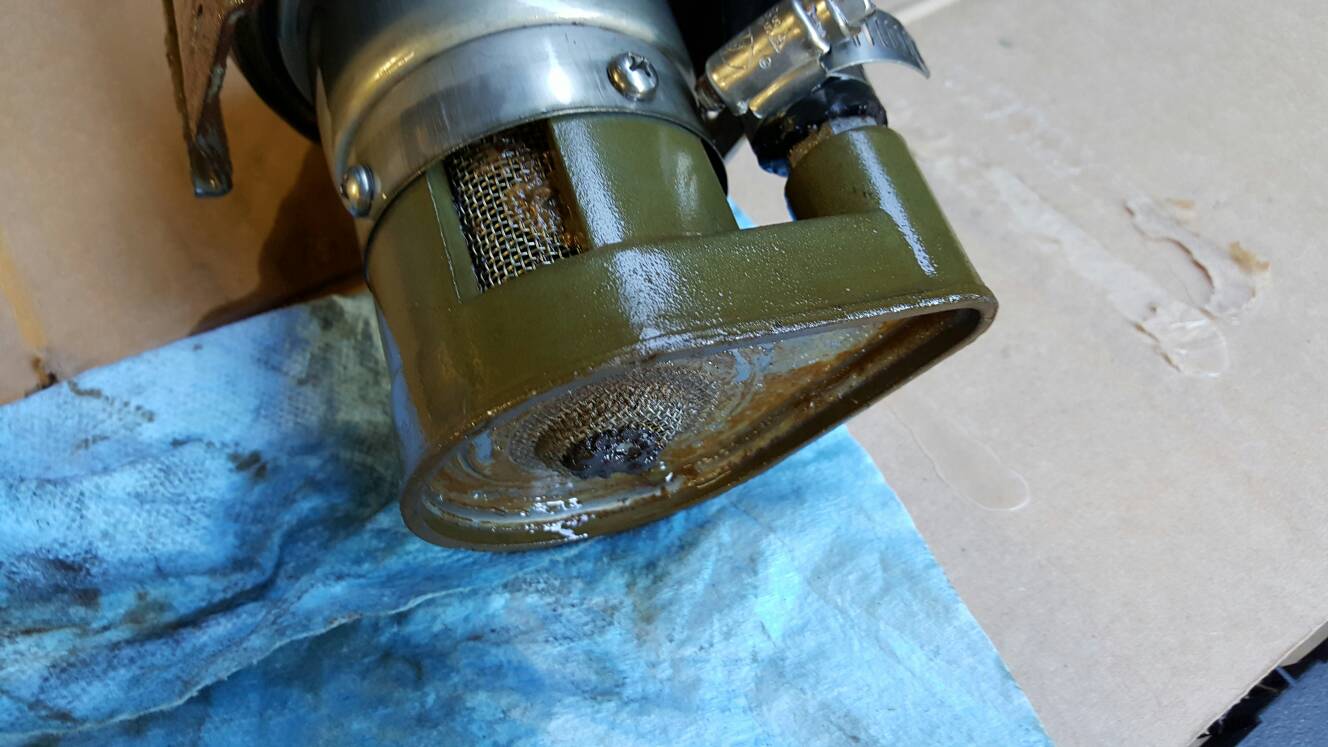 A can of carb cleaner, a wire brush, a bucket of diesel and some compressed air got it looking decent and I put it in the new tank with a new gasket.

Note: you need to use all the screws from the A3 tank as it is aluminum and has it's own screws.

I moved the sender over to the new tank as well as the return fitting. Note: the return line on the A3 has a female end (i.e. male fitting on tank) and vice versa on the A2 so you'll need to use your A2 fitting in the new tank.

The plug on the A2 tank does not fit in the same location on the A3 tank (different size) so I left the check valve that was in that spot for the time being (is this how the tank is pressurized on an A3?)

I now turned to the tank support on the truck which was rusty and full of dirt/pine needless. Also all the fabric pads had disintegrated. 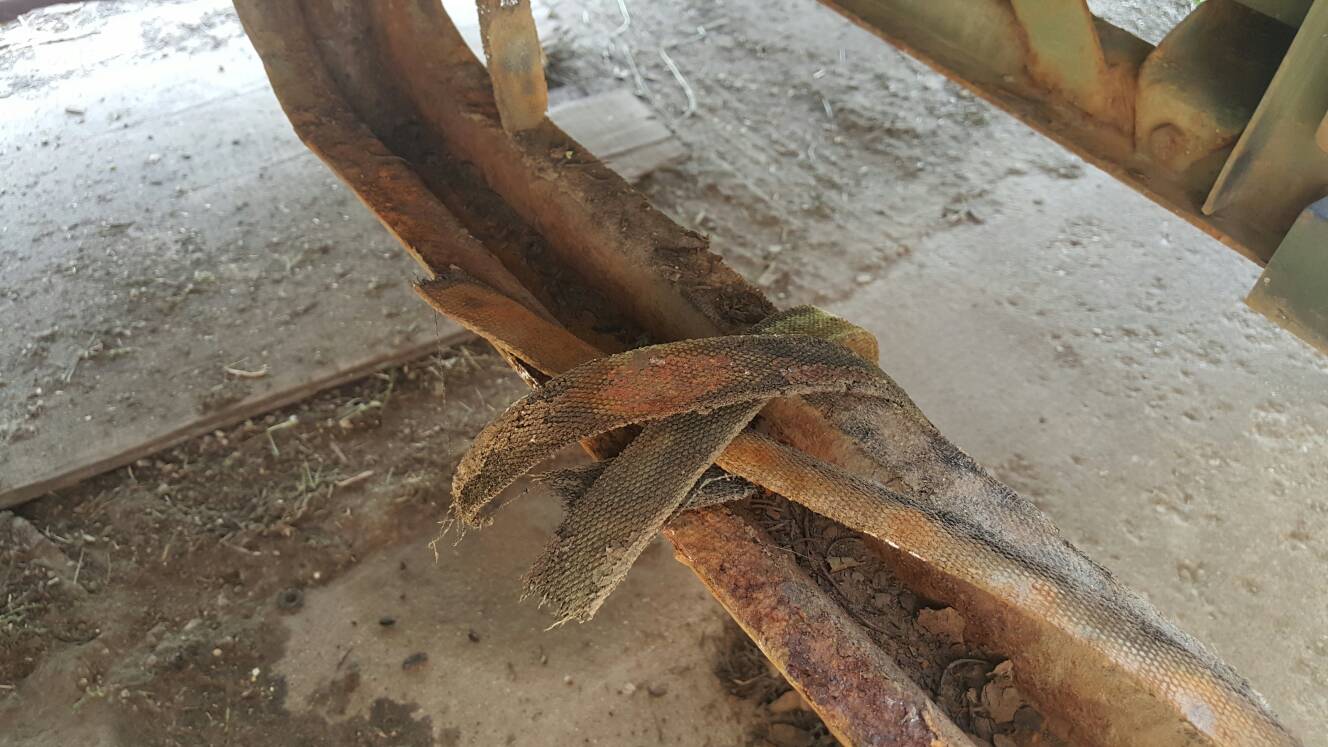 I scraped, cleaned, primed and painted the supports and straps. I also used some RTV to lay down some nylon webbing to replace the old stuff. Hands were nasty at toss point so not enough pics...it looked nice 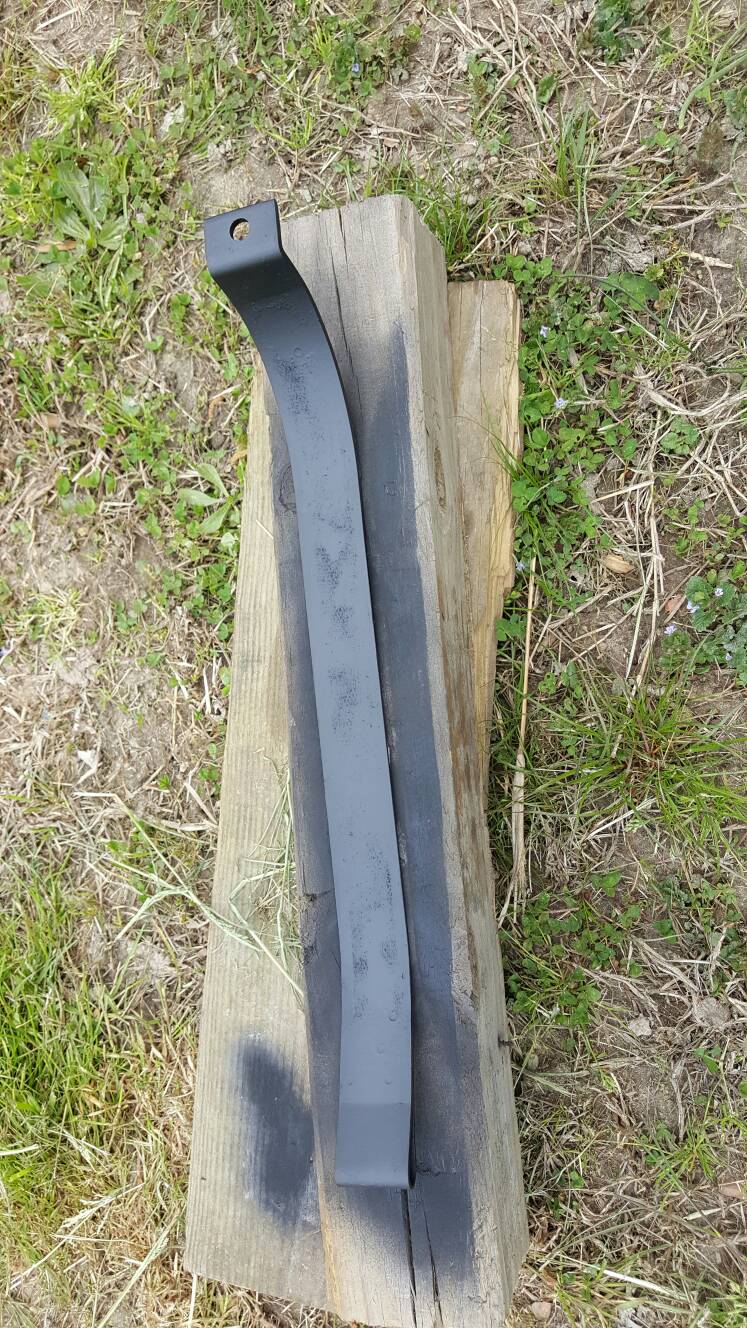 I then put the new tank into place and realized I had to reshape the straps to fit the A3 tank. Specifically the radius at the top of the strap needed to be moved closer to the end of the strap to fit over the taller tank. 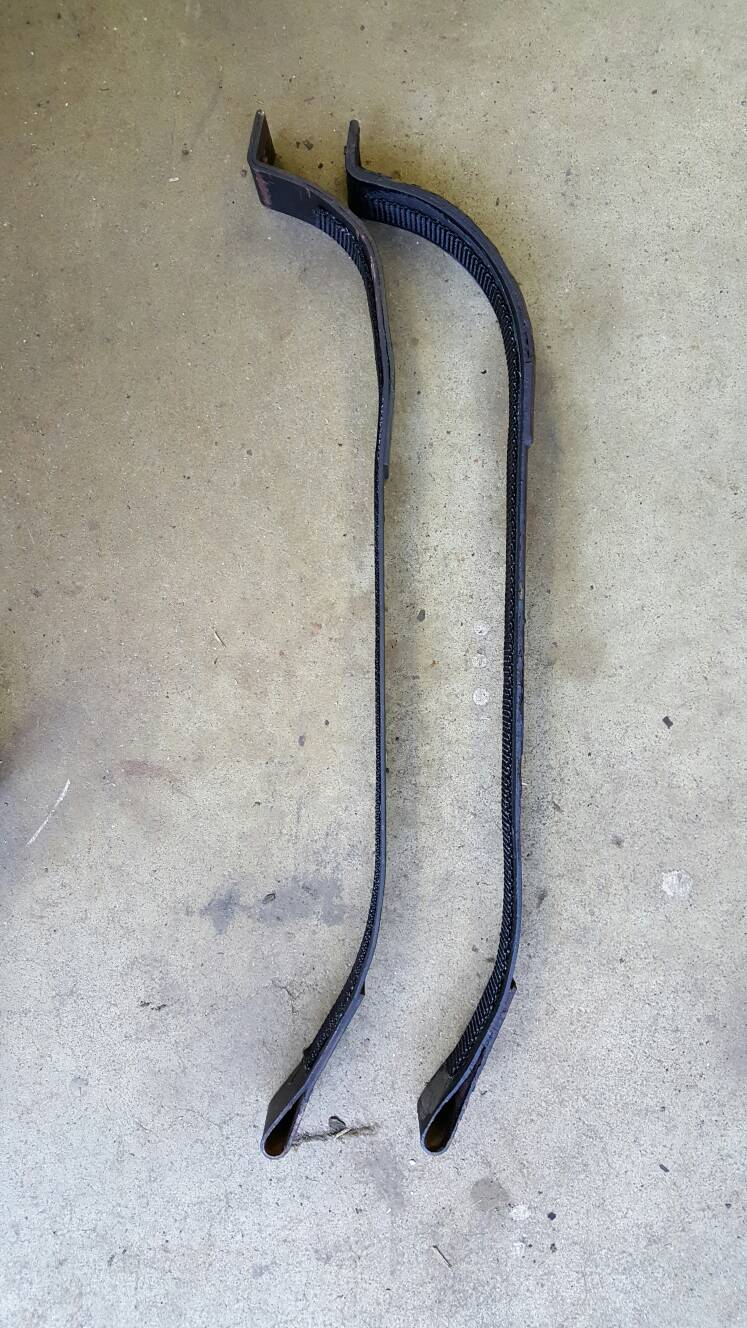 As mentioned elsewhere the old may work, however you probably won't be able to get enough of the nut on to get the nylon to engage with the threads. I went with longer bolts: 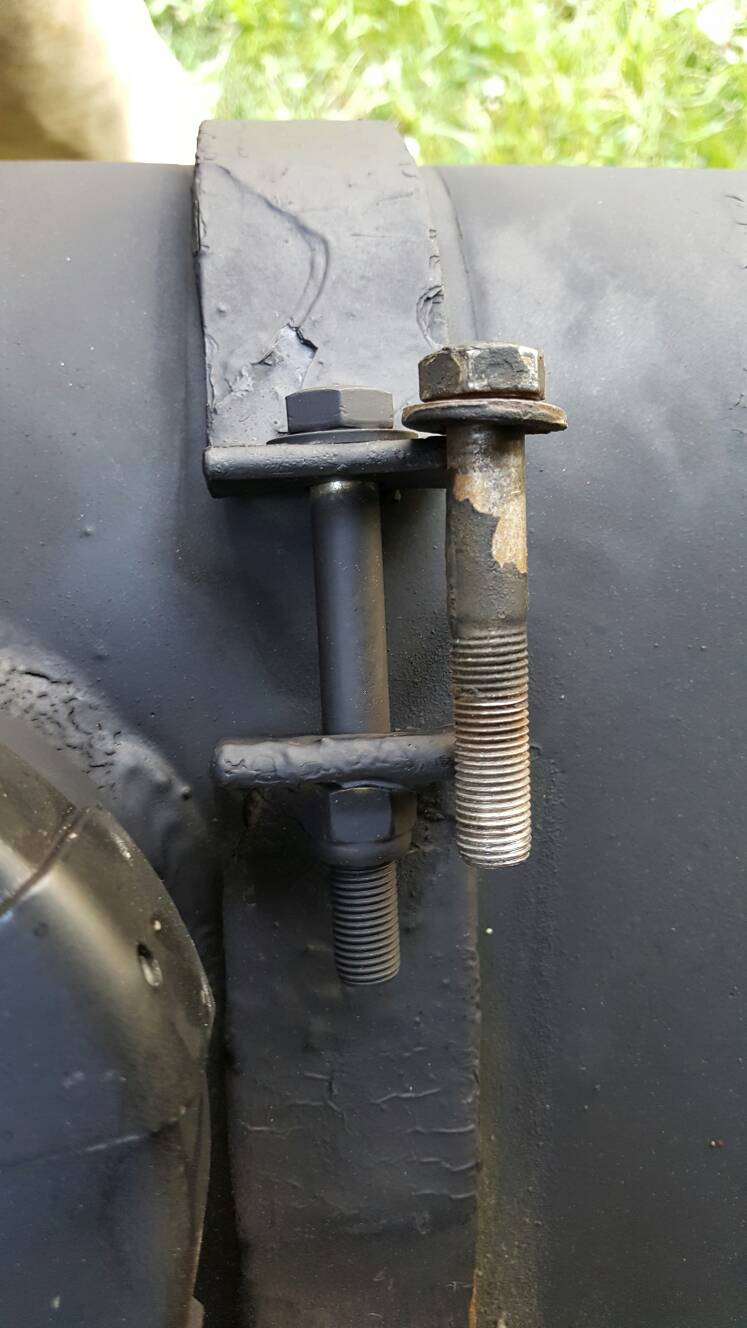 A little spray paint and it was time to fill her up. Had about 20 gallons of clean diesel in the old tank but I didn't want to drain it from the bottom plug and take a bunch of sediment with it. Luckily I was able to find a battery powered kerosene pump which I transferred the fuel through a filter into my can and then moved into the new tank. 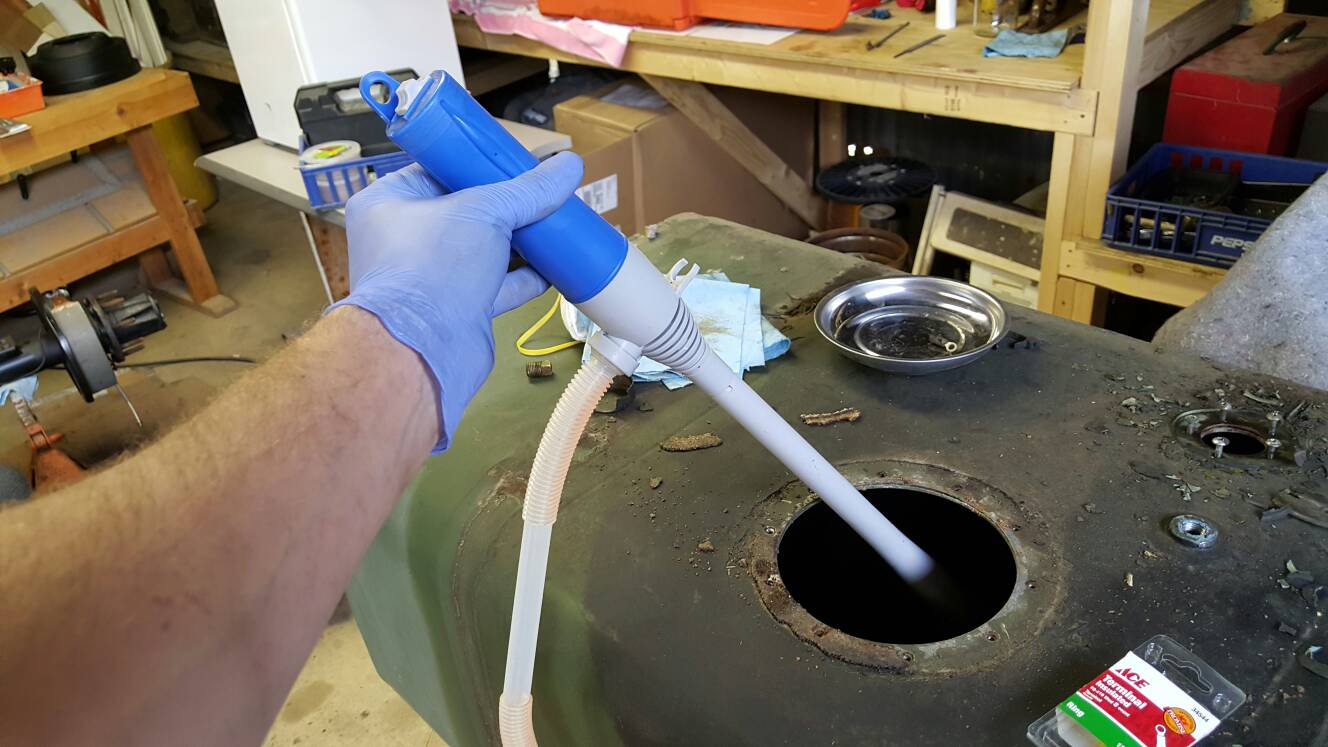 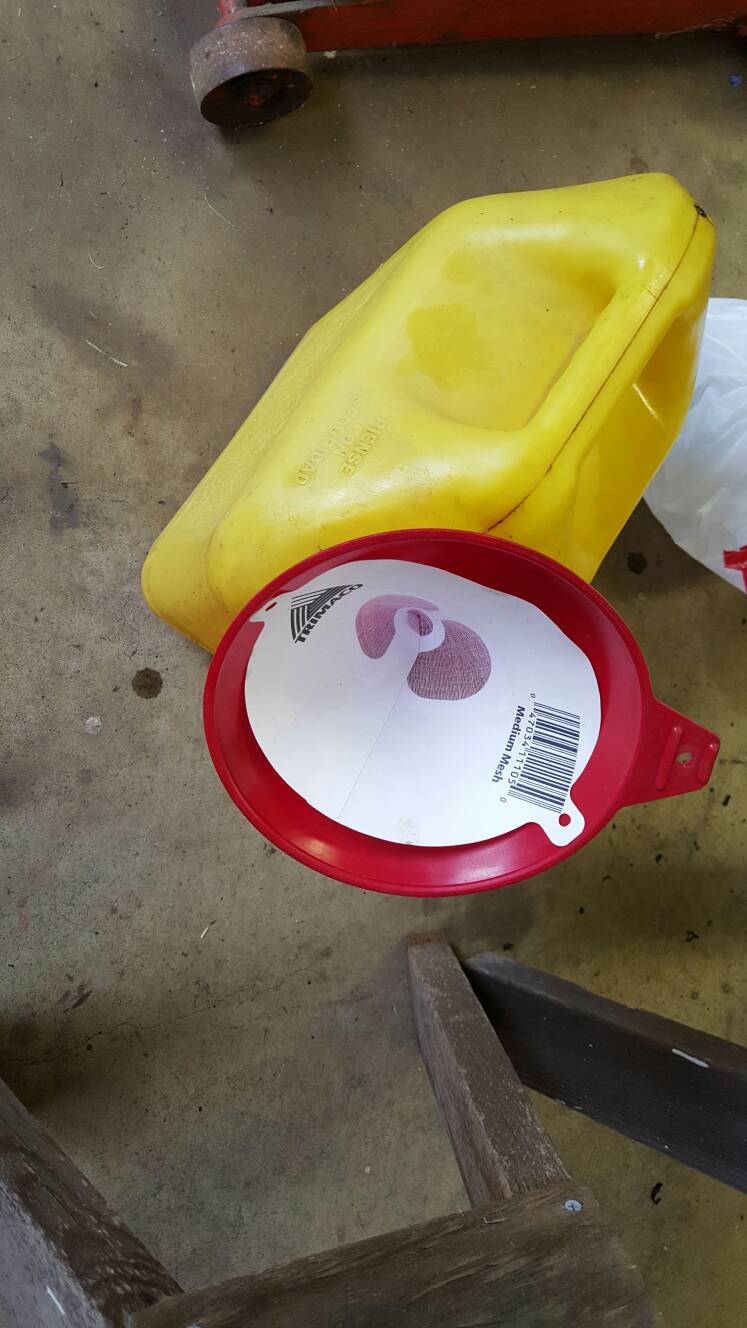 I dumped in a half a bottle of power service tank clean and then proceeded to drive on a quarter tank for my first actual fillup! 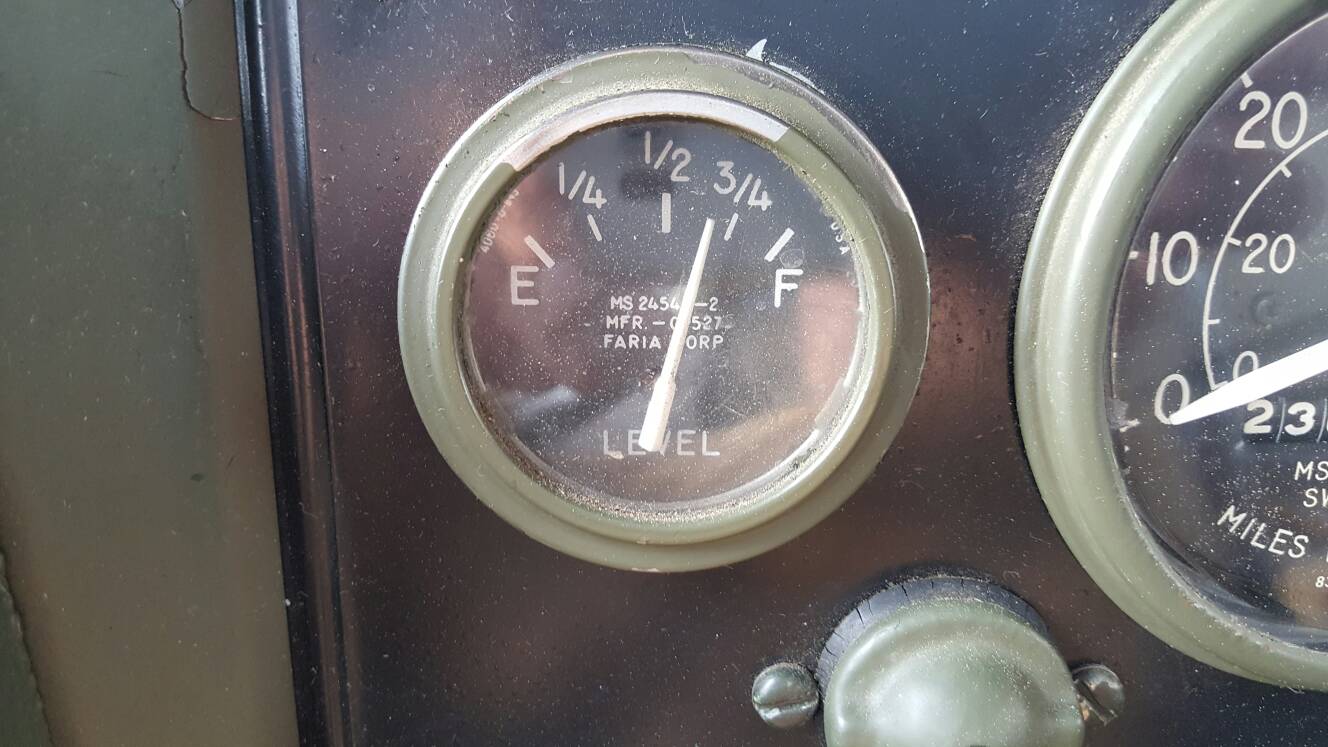 This is on my to-do list....A3 tank is sitting there, ready to be tampered with

I've been wanting to do the tank swap myself.

theeDIZ said:
I've been wanting to do the tank swap myself.
Click to expand...

Same here. My A3 replacement tank came with the frame supports and straps. Just need some of that precious "time".
Nice write up regarding the details.
JC

Tackling this right now!
Wow...can't believe that this project has been waiting over two years....

I found a source for new take off 50 gallon aluminum tanks that I think would fit right onto a military truck with a few similar mods. I have a couple left at $150 each, but do not want to ship them, but I can bring them to the GA SS Rally. I really think the angled neck filler tube would be way better too.

Hey guys, is this an issue with A2's? My fuel tank is original and I drained it recently, bottom is beautiful not a speck of rust, tiny but of sludge I wiped out

Mine has a military vintage JB weld fix on top from where constant drip from the cargo bed has put a hole into the tank. Also, a steel tank will eventually rust and flake inside, causing issues. An aluminium tank simply won't.
Alternatively, you can have your steel tank boiled and then coated by a competent radiator/tank shop. I spent the money on an aluminium tank.
Last edited: Oct 9, 2018

Revising this thread topic because it is now on my todo mod list for my M35A2 truck! Great write up & pics.

Just bought an A3 tank and will be doing this to mine. My current A2 steel tank isn't leaking but it was refinished and the inside was sealed about 6 years ago. Unfortunately it appears the seal is starting to fail. So this is the best upgrade. I'll probably have my old tank profssionally boiled and stripped and store it since it is in good shape.
J

I just did this to my 1972 A2C. I took my original tank to the radiator shop and after they cleaned it the bottom had more holes in it than Bonnie and clydes car. Luckily about 15 miles from the radiator shot a guy had an A3 tank just laying around and sold it to me. Installing it tomorrow.

Easy switch over. Did it a couple years ago. No regrets.