Guyfang said:
It doesn't have a vent position? To vent the burner chamber? Is the flame controller a photo electric device?
Click to expand...

"vent position" would be just switching the burner itself off, as the blower is on if the engine is on (direct mechanical drive). That main 3-pos switch controls the engine. The burner is operated on a separate circuit, which has safety sensor interlocks for high temperature, airflow, and presence of flame. Lack of any of those will cutoff the power to the ignition coil and fuel solenoid for the burner itself.
Last edited: Jun 12, 2019

Attached is the way easier to read schematic, with my annotations of info pulled from the text of the patent.

Sent from my Nokia 6.1 using Tapatalk

Confirmed that the unit is indeed...wired wrong. And the spare panel I have? Also wired wrong. Both of these are setup with 24V going straight to the power input. I spent some time carefully reading the water-damaged label on the ignition control module and was able to decipher 05-159901-003. This P/N crossed over to NSN 4520-01-065-3858, which immediately points back to being a part for a Davey / DRS H-1 heater. Perfect! Also good: I found a cheap replacement part online ($23 delivered, sealed in military packaging) that so happens to have a very legible label. Attached the picture below... As well, I found a Kidde-Fenwal reference sheet. This obsolete P/N crosses over to be a 35-530501-103 (Doesn't appear to be a 1:1 replacement, also was declared obsolete). An additional note stated "COLEMAN 4322-321, DIRECT REPLACEMENT" I found the old datasheet as well, so attaching it (includes P/N for wiring harness, P/N for the electrode assembly that has same dimensions as what's in the heater, the gap measurements for the electrode, and a block diagram of this unit)...

As you can see, the input clearly states it's supposed to be 12V. Sadly as well, I found no trace of a resistor inside the control box assembly to try and measure any value for the prior schematic. What might the value be?
(As a voltage divider, the actual calculation for the two voltage sources with the unknown resistance looks beyond my pay grade.)​
Worst case, I can just tap off of a single battery and completely disconnect the 24V side. That should at least provide the ignition controller with a safe 12V for operation, just forcing me to keep my eyes on the batteries for regular maintenance. Alternatively, I could just replace it with a 24 VDC model and gamble on all of the rest of the specs being right... 24VDC input, 24VDC valve, no purge cycle, 6.8 sec flame establish time... Hypothetically would be 35-405200-003, but I'm getting no hits for it being out there. (And at $23 vs $250, it's more cost effective to make the original 12V unit work...)

Lots of back and forth on this one on paper. Got a hold of a friend that's adjacent to the AF and like a good boy, wouldn't let me see the manual, but he was happy to hear out my troubles and look over the manual himself and provide some advice. On the circuit, he indicated that the latest revision simply drops the impeded 24V connection for the ignition circuit: it's simplified to just opt for an imbalance of the batteries as an acceptable maintenance condition. To simplify the wiring to the batteries, prevent imbalance, and support slave start operation without its own batteries installed, I'm just going to drop in a simple 24V -> 12V waterproof converter. It looks like most of the rest of the wiring diagram is correct, so I should be able to follow along with what I have to make corrections to gauge and alternator wiring.

As well, the heater is stripped down to the point that I only have the fuel tank, engine, and control panel attached to the trailer chassis. It's in the perfect state to get degreased, primed, and painted prior to reassembly. That should go a long way to keep rust away and also to make this thing look sharp. While I could get fancy with CARC, I don't think it's worth it for this project...I'll probably go for one of the Behr methods people have mentioned with good results, or mess with something like Rapco spray. Basically, anything that I don't have to spend a small fortune and over a week of prep work on to get ready to use for such a small device.
F

Wire Fox said:
I just brought home an older ground support heater, NSN 4520-01-056-4269, manufactured by Davey Compressor Company of Cincinnati, Ohio. It's definitely a bit rough around the edges, but it looks like all of the essential equipment is there and in-tact. The hour meter reads out about 1400 hours, so it seems that it was rather well-loved in its day. Also a nice perk is that when the seller got it, there was a twin also being discarded where the other recipient only really wanted the trailer, so he took most of the other equipment off of it-leaving me with a spare control panel (including the regulators mounted to the under side of it), spare diesel engine, and spare blower assembly. Not a bad deal for all of this at less than the price of single small engine!

I can't find the exact manual for this unit, but have found similar ones that will definitely be helpful on their own; however, if anyone has this manual/T.O., I'd really appreciate it. It should be T.O. 35E7-2-11-11.

This unit appears to use a single shaft-driven fuel pump & fuel filter for both the engine and combustion chamber (if I read it correctly, some similar models seem to indicate having a separate v-belt driven pump for the combuster). Another thing that seems to be different is the trailer chassis and speed rating: most look like they have a sort of of U or O-shape chassis, but this is a more traditional ladder frame. As well, the wheels are pretty typical to the average small trailer I've seen, the "tow bar" is a nice, full-length trailer tongue that doesn't fold or slide, and there's marking on the trailer indicating a top speed of 50 MPH-much better than the 20 MPH most trailer-mounted H-1 heaters are rated for! As for obvious defects, I've already encountered several cracked O-rings. Without a manual, I know I'm going to need to learn to measure o-rings correctly and pay a visit to my local supply house to replace these one-by-one. As well, to be expected, the fuel is positively bad that's sitting in the tank. I need to drain it all out, clean the tank, try to purge the lines, and change the fuel filter prior to trying to start this.

Oh, and this heater also already helped educate me on what an "oil bath filter" is. I went to check the air filter, expecting to have a dry element or a lightly-oiled foam filter, but then had the bottom drop out and spill oil all over my leg and the floor...oops. After doing some googling to see an example of that filter and realizing that it was meant to be that way-not some odd backflow of oil into the air filter-I accepted that I was just an idiot and proceeded to throw my pants in the washer.

Here's the data pulled from nsn-now:


Will edit soon to mobile upload some pictures... Including the seller's photos right now. Edit 4: there's my pictures I took this morning!

EDIT: This thread is the same unit as mine. The engine P/N matches up, too: https://www.steelsoldiers.com/showthread.php?28300-Heater-Trailer-Help
Another EDIT: Found a document from Hatz-Diesel that gives specs like oil type, volume, temperature ranges, torque specs, and tolerances for the various engines. Assuming I'm interpreting the P/N correctly, this would be a variant of their E-673 engine, which has a full set of specs in the attached PDF.
Edit 3: Found a parts manual that helps my case on the P/N format (LN is a sub-option), plus I also found a repair manual the covers the E-571, 671, 572, 672, 573, and 673 models. I've got the part manual uploaded, but the repair manual won't go through for some reason. I'd be happy to email this to a MOD if they can add upload it for me... 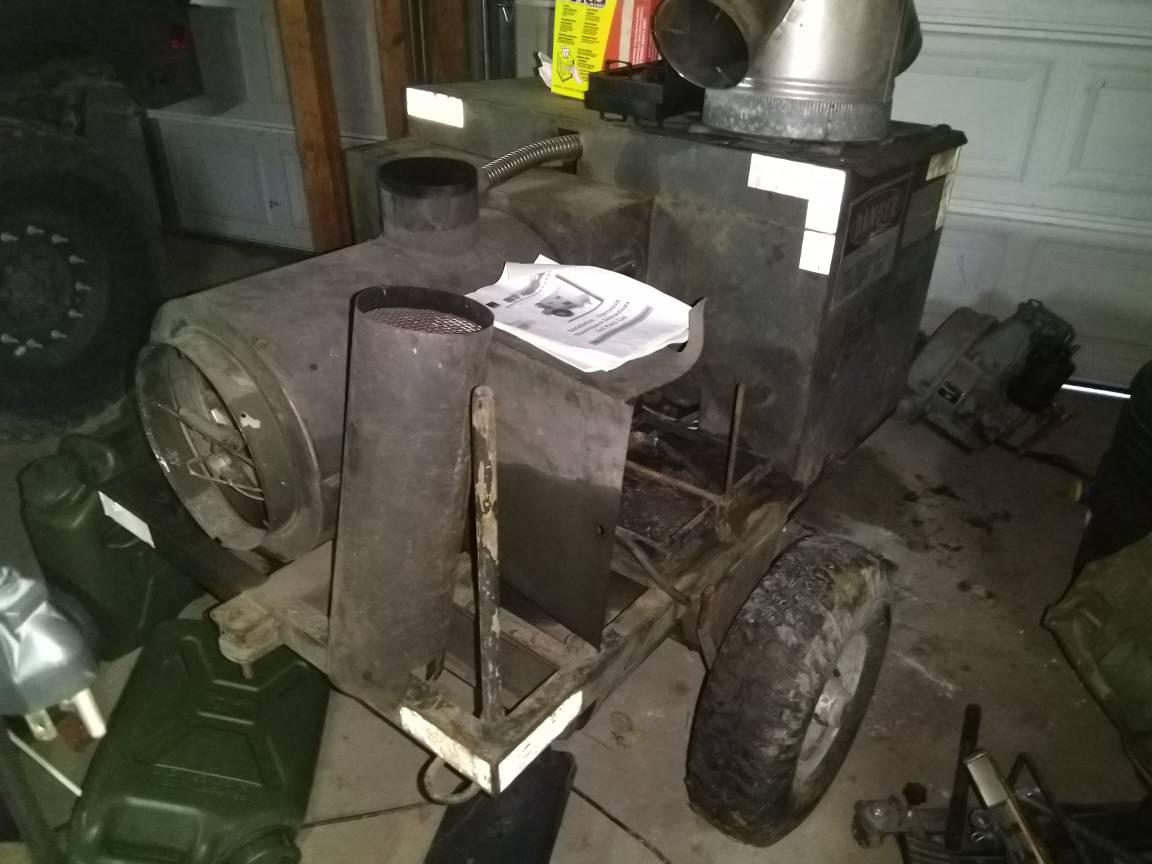 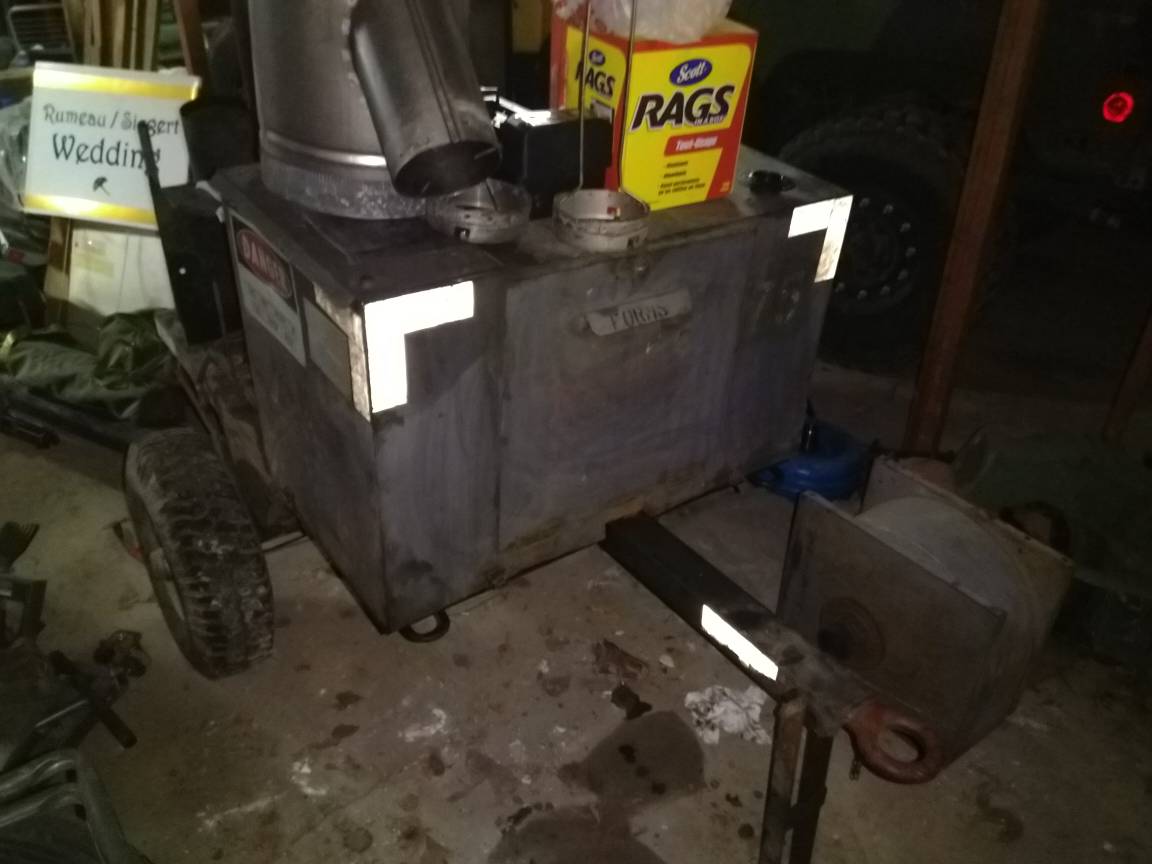 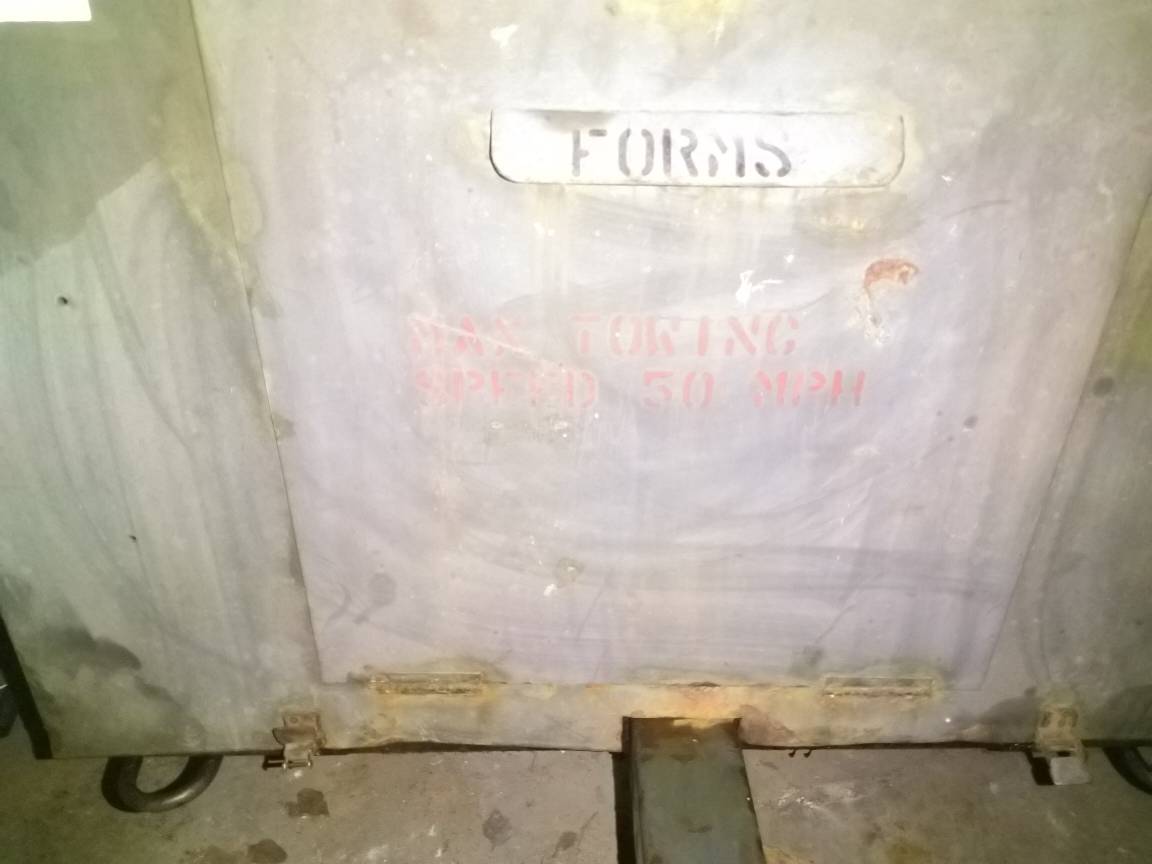 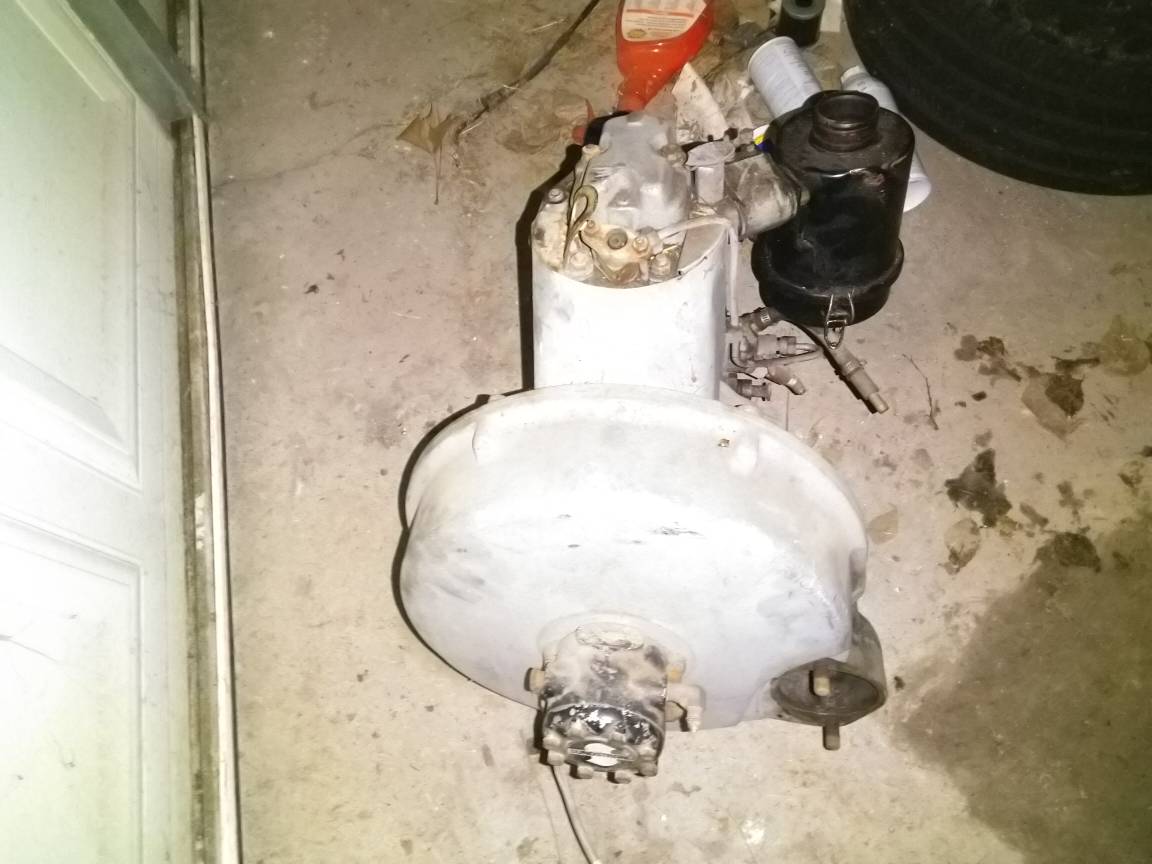 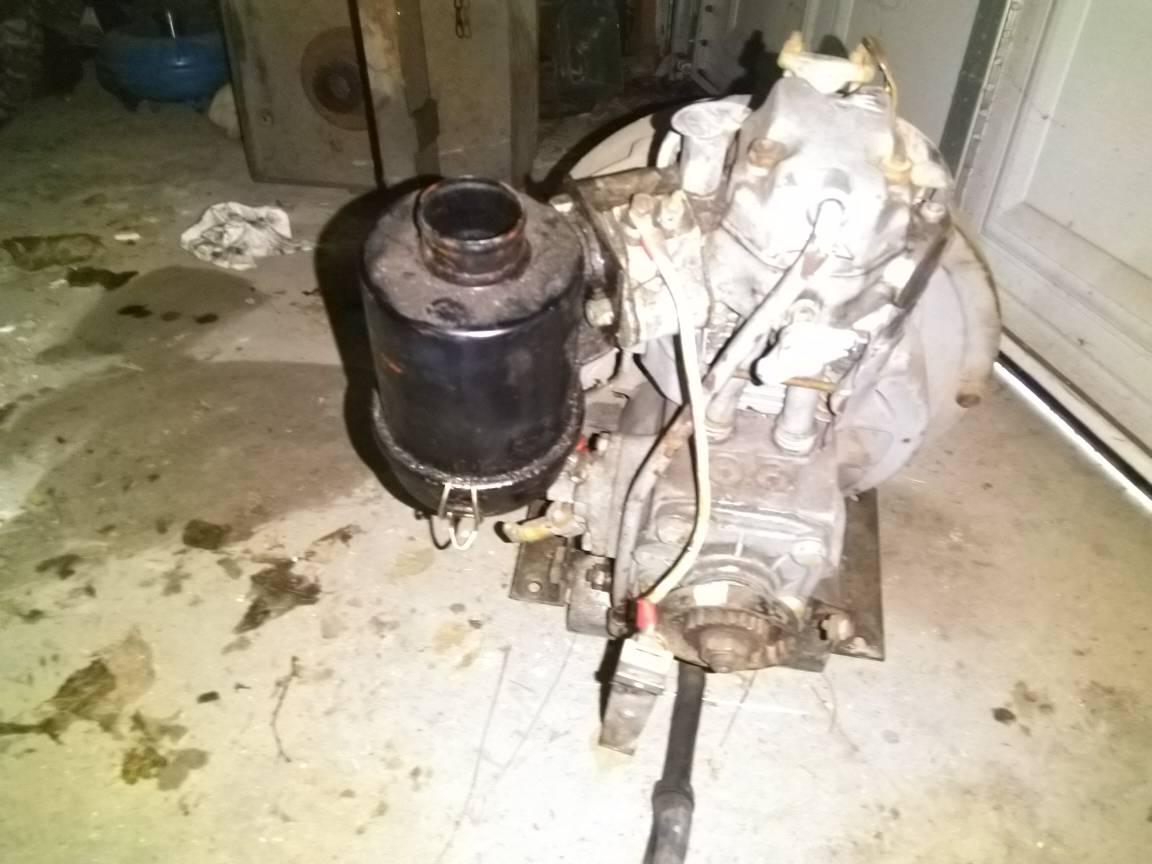 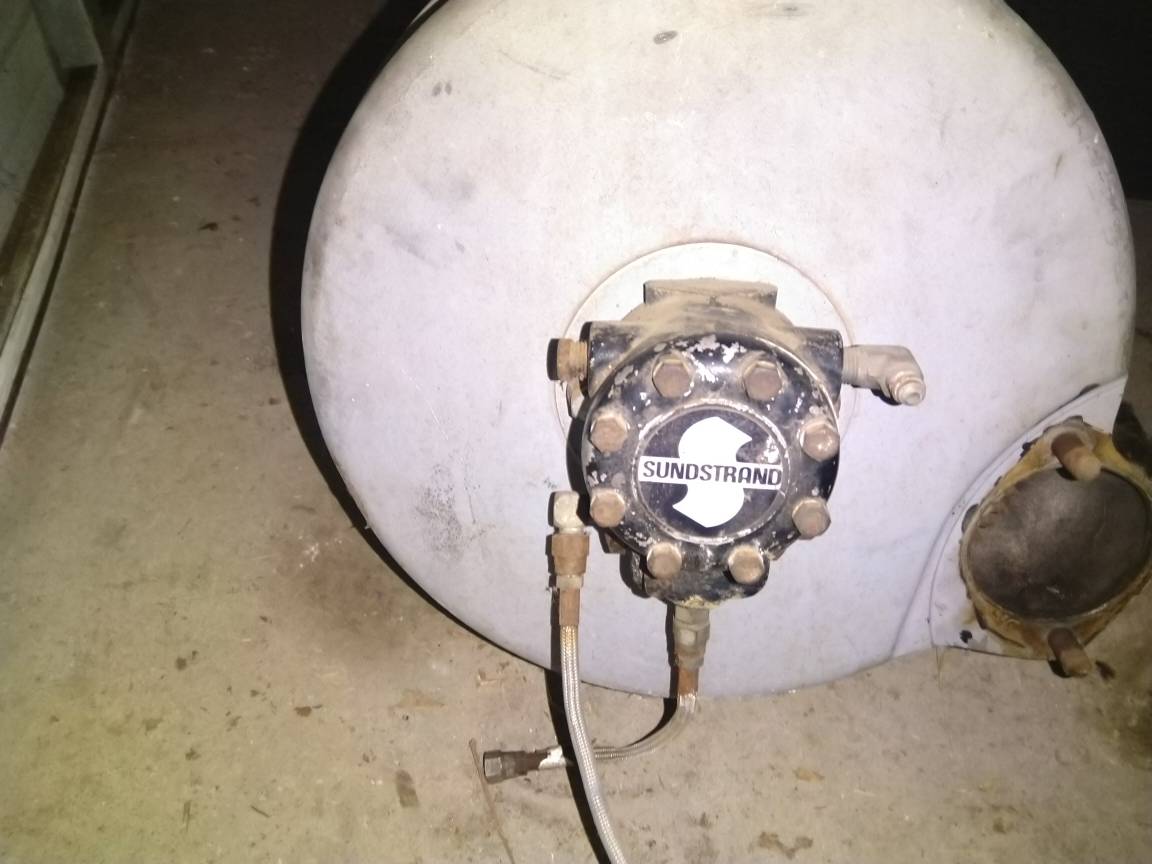 I have just found a lot of these engines (in varying conditions) and one trailer unit (in sad shape) what should one expect to pay for one of these? i was interested in restoring the trailered unit, and using the rest for spares and projects.

Well, new the military payed about $3,100.00 dollars for them. So condition and completeness is going to drive the cost question. If all the parts to make a complete one are NOT there, then I would not pay more then 100-200 for one. The engine is a good one, but are parts available for it? Look around for parts to the heater and engine. If there is a fair amount available, then its worth paying more. How many extra engines and or other parts did you find?
F

Guyfang said:
Well, new the military payed about $3,100.00 dollars for them. So condition and completeness is going to drive the cost question. If all the parts to make a complete one are NOT there, then I would not pay more then 100-200 for one. The engine is a good one, but are parts available for it? Look around for parts to the heater and engine. If there is a fair amount available, then its worth paying more. How many extra engines and or other parts did you find?
Click to expand...

good to know. I have 6 "spare" engines (with starters) and one heater unit with engine on the trailer, im told the heat exchanger and ignitor will need replacing. Im hoping to restore the heater and use it as an outbuilding heater and just because its cool.

When they work, they work real good!

failnobra said:
good to know. I have 6 "spare" engines (with starters) and one heater unit with engine on the trailer, im told the heat exchanger and ignitor will need replacing. Im hoping to restore the heater and use it as an outbuilding heater and just because its cool.
Click to expand...

If you indeed bought the lot, I might be interested in buying some engine and aux parts off of you when I get back to my project. I suspect at this point I've got leaky fuel lines and connection to replace, as my last troubleshooting exercise seemed like the engine was flip-flopping between running rich, then overspeeding and stalling with lots of fine air bubbles visible in the lines. Once I've swapped those lines out, I'll try to keep you in mind for some specific parts I might need, if you're interested in selling any spares.
F

Yes, i have more parts than i will need, let me know what you need and i will accomidate you to the best of my ability. My first project is on the bench.

Well, the first motor hand turns like silk. my hope is to make it gravity feed and hand crank start, i cringe a little at the prospect of buying 2 batteries just to be able to use the 24V starter. In the mean time im soaking the fuel delivery parts in diesel.