I think I have a set that has a similar problem with the pawl. 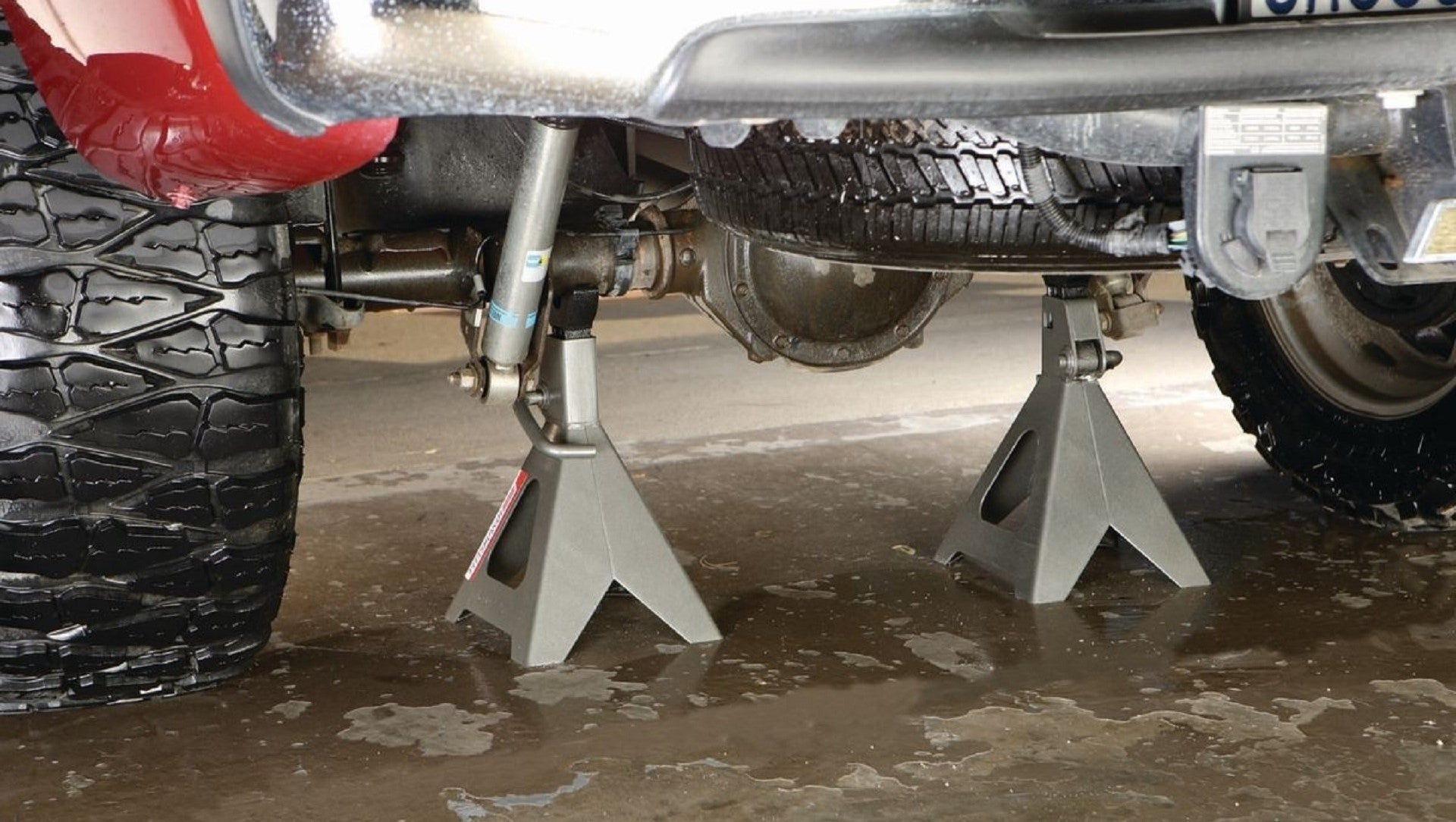 If you have these, stop using them immediately. And tell your friends.

Thanks I have to check mine now when I get home.

THANKS for posting! Yep got these. Holding up a truck right now. Thankfully I got wood blocks as well for backup!!

This is a very serious concern.

Yet, as always, Mr. Gore's internet has seized the moment with this poignant, yet somewhat humorous consequential meme:

All kidding aside.... This is NOT a laughing matter.

YOUR LIFE depends upon your jack stands' ability to defy gravity and keep your MV (or other vehicle) suspended while you are beneath its LETHAL mass.
SAFETY FIRST, TROOPS ! ! !

This video shows why they're a problem. The teeth on the recalled units are extremely bad.

I would not buy anything from Harbor Freight that I would be relying on to protect my life. It’s worth spending more for something better.

I like the mention of redundancy in the video. I keep blocks of wood in various sizes in the shop for this purpose. I had something come down once and the drop was effectively instantaneous; I no longer have the thought that there will be time to react, there won't be.

I really like my HF transmission jack, but I am going to give it a good look-over.

Sent from my E6910 using Tapatalk

I had my Dodge up on stands 3 months ago.

My standard lift for just the front of the vehicle:
4 jack stands
2 military aircraft 10-ton jack stands
2 hydraulic jacks under compression to keep them from slipping out

If something of mine fails you can bet the universe wanted me dead.


I have seen a car fall on a personal and good thing for them it wasn't on a part that killed them.

This video shows why they're a problem. The teeth on the recalled units are extremely bad.
Click to expand...

Thanks for finding and posting what the problem real was. So much better to actually see what was wrong instead of just a recall message from the company not really explaining that the really messed up the quality control.

Thanks for the good info. Just checked mine, not on the list. Good safety info for all to check your equipment.


Sent from my iPhone using Tapatalk

I have an idea! Let’s reward the communist Chinese for infecting the world and destroying the world economy by shopping at Harbor freight. I think there should be standards for all products to be CLEARLY labeled with country of origin. None of this fine print so small you have to hunt for it. Twelve or fourteen pitch font minimum on the front of the package. Then once we can plainly see where a product is manufactured, it would be up to all of us to pass on Chinese product. It won’t be cheap or easy at first, but eventually it will change where things are produced. We have been told that things will never be the same after Covid-19. Destroying the Chinese economy should be top of the list!
My wife and I have been sewing masks and giving them to our local hospital. It’s just our way of saying “ up yours China. We don’t need your Medical supplies, we’ll make our own”.
This is my rant... No apologies...

I support the local Harbor Freight. Just bought a random orbit sander from them. I read the post written by the owner of HF, who said he usually goes to the manufacturer of tools that are sold under a trade name, such as Snap On (not a critique on Snap On). They get the exact same tools but without the trade name. I thought it was well known that a majority of HD’s offerings are made in China. When an item is coming from China, it’s a crap shoot on quality and dependability. So far, knock on wood, I’ve yet to have anything I bought from them fail. That being said, I don’t trust jacks and jack stands that are made by the lowest vendor. All mine are made in the USA.
T

I just checked my jack stands to see what I really have I ordered them from Northern years ago I have had no problems the pawl handle worried me to think if pushed up it could unlock and drop the load so I tried it one day and there is a small roll pin that give way but a light load would move the pawl so now I'm drilling a 3/16 hole and putting in a pin because when using a jack stand I don't want the pawl moving at all .

My experience with the big red brand previously sold at northern tool was less than satisfactory.
Jack failed and NT would not warranty and the manufacturer's office in California for the China com told me to pound sand.....

Some of the jack stands they've got on the shelf right now are still having consistency issues with post/pawl tooth engagement. I just made this video and uploaded it to YouTube yesterday...

Installing the pin as a safety measure reminds me of our usage in the military. The military really likes extra safety devices. They required us to install a pin whenever hooking up equipment to a pointless hook. Same goes for jack stands. The specific type of jack stand is lost in my memory but I distinctly remember having a pip pin on a chain that was inserted whenever a load was sitting on it. It made it virtually impossible for the jack stand to malfunction. I know that I don’t have safety devices installed on my jack stands, so I’ll look into adding them from now on.

Is there a date period for these? I have 5 six ton jackstands (one destroyed in a hurricane) . The labels are long gone but the stands are orange and white. I have an email into Harbor Fright right now so hopefully, can get a response. With that said, I'm picking up a Hein Werner floor jack tomorrow. Needs rebuilt, $35. My collection of made in USA floor jacks is growing.

Recovry4x4 said:
Is there a date period for these? I have 5 six ton jackstands (one destroyed in a hurricane) . The labels are long gone but the stands are orange and white. I have an email into Harbor Fright right now so hopefully, can get a response. With that said, I'm picking up a Hein Werner floor jack tomorrow. Needs rebuilt, $35. My collection of made in USA floor jacks is growing.
Click to expand...