Thought I had joined this group a couple of years ago but could not log in, so here I am, again?

Land Rover is a 1977 RHD, GS, FUT, ex-RAF Rapier missile carrier, also FFW (So 24v) and fitted with Nokken winch.
Only been driving it a short time.
Previously sat in Kalifornia for several years where it simply could not be registered.
Not too hard to do in Nevada.
Friend I got it from had three of them, he still has an ambulance version he hopes to eventually be able to register.
Unlike what happens to most of these I intend to retain as much originality as possible.
Do want to add some equipment for hunting/camping but not add any holes or obvious mods.
I do have all of the radio gear that I removed. Thought to leave it in, but who would I talk to, and would the Mil./FCC suddenly show up to "Talk" to me as well?
Note the date, taken on the first day of our Kung-FLu panic lock-down.
Just some low hills out behind the house, getting used to sitting high and over the front axle.

I've had other military vehicles and have to say that for the most part this is easier to work on than most.
Sitting high above the front axle while on trails takes some getting used to, far more than mere RHD. 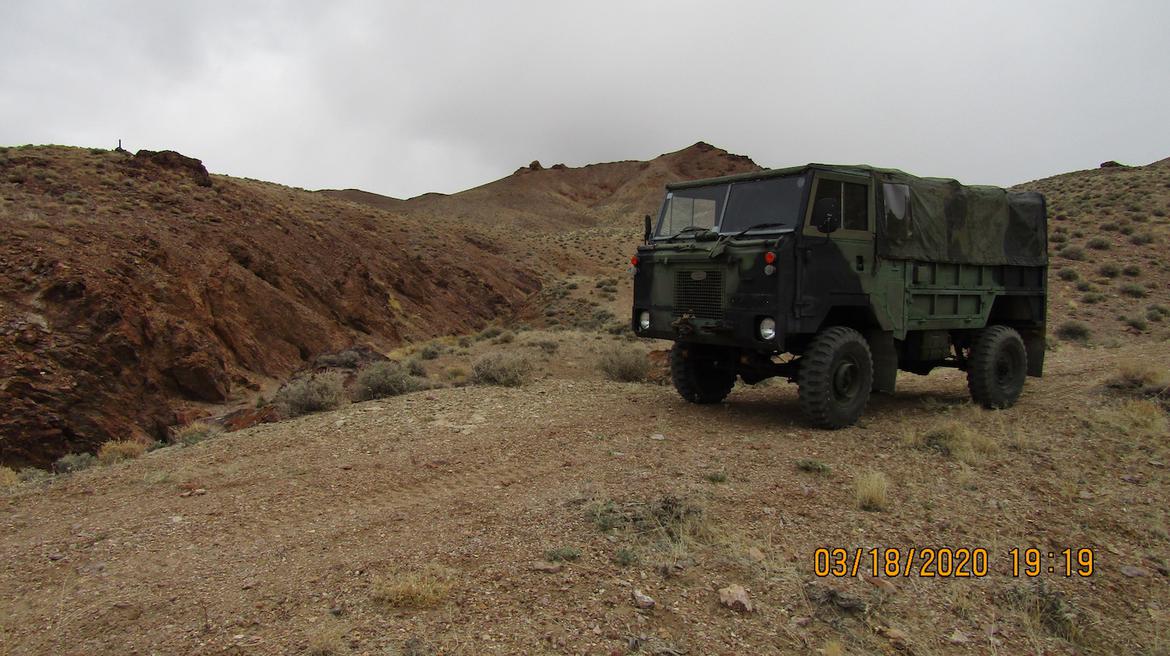 Nice to see another 101 owner State Side!
FYI:
FFW is Fitted For Winch and can be either voltage.
FFR is Fitted For Radio and therefore has to be 24 V.

RAF - is the rear body a Marshalls remanufactured one or a Land Rover one? Lots of the later RAF ones were rebodied having been ambulances originally.

Very nice truck! It isn't illegal to own the radio equipment. It is illegal to use the transmitter without a license. I'd put the radios back in.

I agree with glgaines. Radios are a nice touch if you do any car shows with it.

Find a bunk, stow your gear, and prepare to get underway.

That's a sweet little truck you've gotten for yourself.
I'd love to hear and see more about it.

Welcome to the site, Hobby, Friendships, Advices and events to come.
You must have a whip?
(Why?)
"To 'flog it' past evry petrol you come to!).
R

The radio set takes a lot of space.
I do have the very rare operators seat, ground-plane, antenna, etc.
Unfortunately I had to put in a conventional 12v distributor and spark plugs as the 24v to 10v ignition box failed.
To fix it I have to find the correct gauge nichrome wire and rewind the broken strand.
May also have to replace the 24v coil, but they at least are available.
With the 12v ignition I would get a lot of interference.
If anyone is interested I can look up the radio model.

Main items I want to replace for function at the moment are the Bar-Grip tires.
Baffled as to why the military ever used them when they perform so poorly on trails.
I need narrow 35" - 36" tall tires.
The 101 does not have power steering or a particularly robust steering box.
12.5" wide tread is way too wide.

Planning to make a "Bikini" top for the summer.
No AC and I'm not as tolerant of the sun in my eyes as I used to be.

Are you trying to replace the bar grips with different - or to get new bar grips? New 900 16's are available - same size as Dodge command car, weapons carrier and 6x6.
R

zebedee said:
Are you trying to replace the bar grips with different - or to get new bar grips? New 900 16's are available - same size as Dodge command car, weapons carrier and 6x6.
Click to expand...

I have a spare set of new Greek Bar-Grips but do not like them for off-road use.
The common tires are a bit short, I need 35" - 36" for reasonable on-road use.
So I am looking to upgrade to a better tread.
R

Here is a pic some may find amusing.
Local Cars and Coffee last fall.

Another as a British Roadster.
"Fume Hood" in place.

There are several Mil. vehicles in my small town, population around 3500.
I know we have three Unimogs, two Pinzgaur, at least one M38, two Five-ton, and an assortment of modified ex-Mil. Jeeps.
My Rover 101 is unique and the most driven of all.
Most just sit, although one of the Pinz sees fairly regular use.
For car shows I need to make a sign, "NOT a Pinzgaur!"

Rumor says there may be another 101 in Las Vegas, but maybe it's a Pinz?

Need to verify that the Virginia City Memorial Day parade has not been cancelled.
Not too far away so I plan to attend.
R

Did not find a Tire thread.

Anyone tried these superlug-900-16-10in-rgb.jpg
Seems they would have to be better than Bar-Grips.
Not any less expensive though. 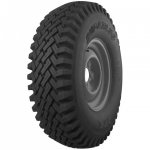 The only other 35/10-16 I can find are these, https://www.intercotire.com/tire/148
Probably even more expensive. 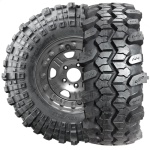 Manual steering so narrower is better. Also can be an issue in clearance at full lock.

If anyone knows of another option that is currently in production I would really like to hear of it.

You might try Power King 9-16LT Premium Traction Tires from Home Depot (of all places). 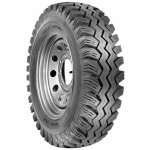 Made it to a much larger local car show for Fathers Day.
Nope, I did not wash it, it's DRIVEN, not trailered!

This little guy was also there.

Now off the road until I get all the coolant hoses replaced, I hate leaks.
Pulled the canvas so I will have more room and light for the work.
Rover will not fit into my workshop so I've rigged some garden mesh to provide a little relief from the sun.
R

Finally getting around to replacing the coolant hoses.
Have had to cut several of the hose clamps off with a Dremel cut-off mounted on a flexible shaft.
They were rusted solid and some DPO* used no "Common sense" at all regards orientation.
I still don't know how someone managed to tighten the lower water pump hose clamp, unless it was put on before the body and radiator, back in 1977?

Once this chore is done I will feel much batter about longer/off-road trips since the slow leak will be eliminated.

It pays to keep the drive shaft uni joints well lubed and try and run with a decent load in the rear to get the joint angles down , that way they last longer and get a smoother (less vibration) ride. I owned an identical vehicle out in Australia
BTw re tyres Petlas do tyres for FC good prices ( in UK) US sales try

Nearly done with water hoses. Only one left, water pump to block.
Looks like I will have to remove the 24v Alternator to reach it.
Next I intend to fix the failed fuel gauge and adjust the carbs.
With the carbs adjusted I hope for a bit more power and improved mileage.
I know that at 4400' I should not expect much.
With the adjustments made I hope to fit new canva$$ and finally begin carrying some camp/EE gear full time.
R

Also bought an accessory for it, ex U.S. Mil. trailer.
Been sitting a while, no generator, I have to get a correct plug and 24v bulbs in order to make the lights work.
I hope to add some sides and use it as a utility trailer rather than beat up the aluminum Rover bed.