I am not sure how the French managed it, but they ended up with a vehicle even uglier then a Unimog S404.114! This link should take you to a short video, but the front end kinda looks like a Unimog S404.114 rear ended a Ford Louisville L series grille..... Some of these had Ford flathead V-8 gas engines with MPG's to only make an Arab sheik smile, but later some got rebuilt with diesels..... Equally ugly and probably near impossible to find parts for in the US! http://youtu.be/eK0aJxA6kZE Even Gimpy would probably NOT find this one attractive enough for his collection!

They seem to have a knack for the ugly.

I had one of this for 2 years it was nice . had the flathead V8 and the 4SPD box the shift pattern was backwards first was where 3rd would be also the T/C had sore of a set up like a M52A2 they call it compensator but you could also lock in 4x4 , it would run 50-55MPH on the HWY i still have all the manuals , i rented my for the Movie BAD BOYS 2 you can see it at the end {suppost to be Cuba} pulling up at the beach they mounted a 50 BMG for the movie it would have been nicer with a diesel but it ran good

Come on now...France brought us some fine cars... Who can forget these works art! The Renault Medalion and Alliance


These cars had so little horsepower, they couldnt pull a greazy string out of a cats a$$!! 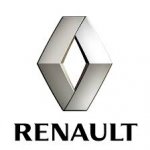 The French produce machinery that is either beautiful to look at, or dreadfully ugly. That applies to cars, military vehicles and aircraft.

For all it lacks in aesthetics, the SUMB is actually a very good truck. The French were one of the first military customers for the S404 Unimog (including a cool short wheelbase version with a wooden bed), but since it wasn't French, it had to be replaced eventually. Enter the SUMB.
They are fairly plentiful and cheap to acquire on the European market.

That Renault ambulance isn't exactly a beauty queen either, but also has a certain cool factor.

For a good looking French truck, look at the ACMAT VLRA. (Remember though, beauty is in the eye of the beholder, and that I think the F-4 Phantom is a beautiful plane!)

M813rc said:
(Remember though, beauty is in the eye of the beholder, and that I think the F-4 Phantom is a beautiful plane!)

Man I loved those planes, large and in charge. When I was growing up in Annapolis the Blue Angels flew them and I couldn't wait for graduation at the Naval Academy and the demonstration they would put on. Man those planes at tree top level then hitting afterburner and going near vertical would really rattle the windows and china.

Half a mile from the Broad River

I dunno, Chrysler built some fugly cars during the late 50's and early 60's that rival the French offerings. Maybe we should start a thread about the uglist vehicle?

Some Citroens can be made to look a little better.

April 3rd, 2013.Now, another ugly French Army 4X4 truck, this one looks like it shared the front stamping from the French Ambulance in the video at top here! http://youtu.be/hGz8lp1SLTk You have to love French Engineering, if they can't copy a concept, who can?

May 28th, 2013. And here's one on the right way to get stuck! Notice the water pouring out of the side of the hood!http://youtu.be/rH0Ri9HLKRk

May 28th, 2013. Probably not military, but an interesting Berliet Gazelle:http://youtu.be/xsGU00FmArw

I don't know how heavy that thing is but a m35a2 could kick its but. I have gone up way steeper hills on looser stuff and my truck did not even flinch compared to the struggle that thing is having.

May 29th, 2013.ScopionF89: I suspect you mean the 6X6 stuck in the mud hole in post No. 11 above? I doubt in any of our M35A2's would do much better, as he is trying to push the bank on that turn, and even our trucks will not push a bank like that deep in the mud hole. A Unimog, maybe, a deuce or five ton, not likely with stock open end axles.....

Note the monster in the header for no. 12 above, a Berliet 700CH, a monster by anybody's measure.... From the insignia on the grilles I would suspect that they were originally a locomotive builder(???), any of our French members have any information on the company itself and/or the 700CH model trucks?
Last edited: May 29, 2013

saddamsnightmare said:
May 28th, 2013. Probably not military, but an interesting Berliet Gazelle
Click to expand...

I gess the video that I was trying to reply disapeared affter I made my first post. The video I saw was of a french truck trying to climb up a hill that was covered with loose dirt and it was strugling. Mud is mud I would agree that the mudhole you menchioned would be difficult for any thing that was not tracked.

June 1st, 2013.That's post No. 10, the video's still on there. I notice the tire lugs are full of mud, so he's pretty much climbing with smooth tires. The tread seems to be similar to what we use on the M35A3's today..... The SUMB seems to do that hill a little better, but if its like it's progenitor the Unimog, it will have locking differentials also. Our M35A's did not use locking differentials and they are notoriously bad about slipping and getting stuck, which is why every unit seems to have a winch equipped M35A2 in the lot (or M35A3).

Apparently the Berliet Gazelle is the prototype of the more angular 6X6 stick in the mudhole, so very likely it was a French Army vehicle also (note the semi gloss OD or military green paint)....
Last edited: Jun 1, 2013
B

saddamsnightmare said:
June 1st, 2013.That's post No. 10, the video's still on there. I notice the tire lugs are full of mud, so he's pretty much climbing with smooth tires. The tread seems to be similar to what we use on the M35A3's today......
Click to expand...