USMC the end of the tanks 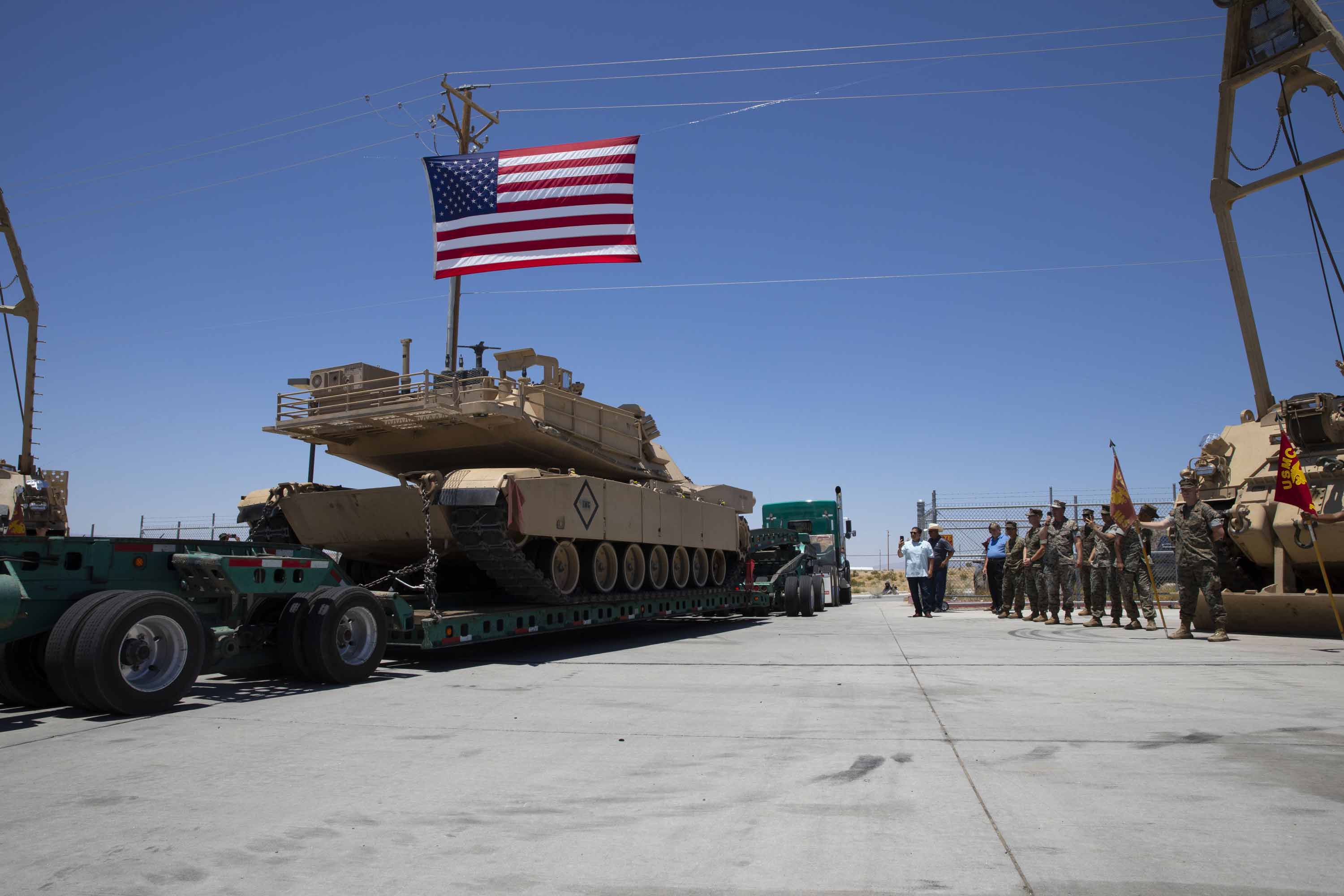 The end of the Marine Corps' tank missions has officially begun.

We were billeted with a Marine Tank Company at the Yakima Firing Center (now Yakima Training Center) during the 1st Gulf War. They were the only Marines at the time with M1s and were the spearhead element into the Kuwait City Airfield. We watched gun tube footage of that fight when they got back. There was also a T-72 sitting in front of their Co Hdqtrs that they brought back as a reminder of their trip. Hopefully the Army doesn't decide to go the same way. There's nothing in the world like yelling "ON THE WAY!" and pulling the trigger on an M1.

I feel like a part of my past was erased...this breaks my heart.

Replacing the M1 with a tank more fitted to the strategy envisioned with a smaller more capable armored vehicle makes sense. Think WW II. The M3 Stewart worked quite well in the earlier island battles the Marine Corps fought in. The larger M4 was an improvement and finished up the war as the Marines primary tank. It served in two primary models, the 75mm gunned and the flame thrower. For island campaigns, a larger tank just wouldn’t have worked, even if one was available. The Marines started the Korean War with the venerable M4 but it was outclassed by the T-34-85 tank. The M36 replaced the M4’s and worked well through the war. It was used during the Chosin Reservoir battles where it was critical to the withdrawal of UN forces. From the Korean War, through the Vietnam War and on to today’s wars, the expeditionary tank concept wasn’t necessary. Big tanks make big holes which have been crucial in the modern battlefield. The Commandant of the Marine Corps’ vision for the near future battlespace goes back to the island hopping campaigns of WW II. A big arsed tank can’t, for the most part, maneuver in the small confines of the small/tiny islands. However, put small, highly maneuverable armored vehicles with the Marines and once they hit the beach, they’ll have the firepower needed to crack open any enemy citadel with fewer casualties on our side.
In my opinion. Semper Fi!

Yeeah, tires + wheels instead of tracks

Location
AZ/KS/MO/OK, varies by the day...

We had a Marine CPT armor instructor when I attended Army Armor Officer Basic course. That dude was one hard ass!

But we all know experience counts for nothing anymore, and just what do I know anyway (besides next to nothing).......

I see both sides of the argument.

There are valid points for a "lighter more mobile" force, but sometimes you need a tank to do a tank's job.
The light armour is fairly easy to defeat, particularly with today's weaponry that is available to foot soldiers.

And from past Marine experience, calling on other services for needed support often gets a silent response - be it because of unavailability, or plain unwillingness.
"Lack of equipment on your part does not create an emergency on ours".

golly that is a lot of o-rings to maintain

As usual, nobody checked with me first....we had them support us a few time in various places in Iraq and was REALLY glad to have them around. I hope we don't end up regretting this decision.
You must log in or register to reply here.
Share:
Facebook Twitter Reddit Pinterest Tumblr WhatsApp Email Link