I recently acquired 01CA81, a Mk2/3 Ferret. It was sold by Khaki Corps and left outside rather neglected by the PO. It has some late modifications such as the night vision capable driver’s hatch and alternator instead of the 2 speed generator. I am going to repaint it green/black but had questions regarding tactical markings etc.

From the vehicle card I got from Bovington tank museum it saw service with the 14/20 King’s Hussars, 5th Inniskilling Dragoon Guards and 4th Royal Tank Regiment, all part of the BAOR. Unfortunately the card doesn’t have the info of its service prior to 1969, as I found a picture of it in service in 1967.

Questions -
If I was to use the tactical markings of 4th RTR for instance, what would those be and where would they be located?

Any idea where the 1967 photo may have been taken? Edit - in Aden. If anyone knows the unit I’d love to hear it.

Did I miss anything on the history card that stands out to you?

Current state after getting it home 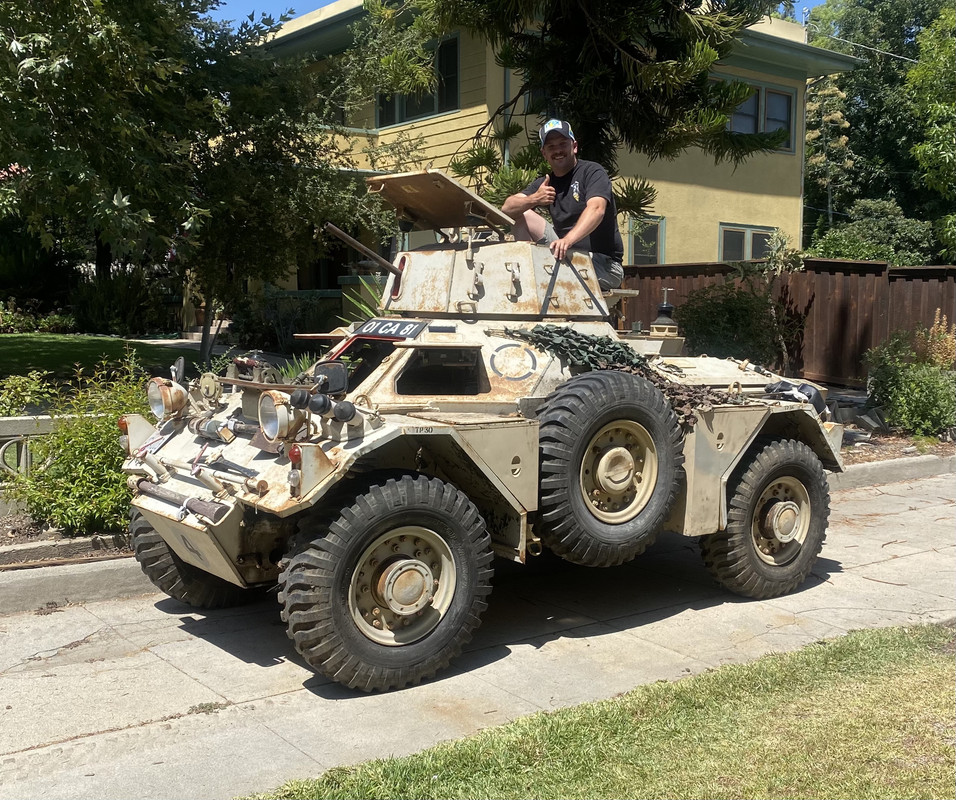 In service, location and unit unknown 1967 - edit - I believe this is Crater, Aden. I’m not sure if anyone can figure out the unit but maybe someone can. 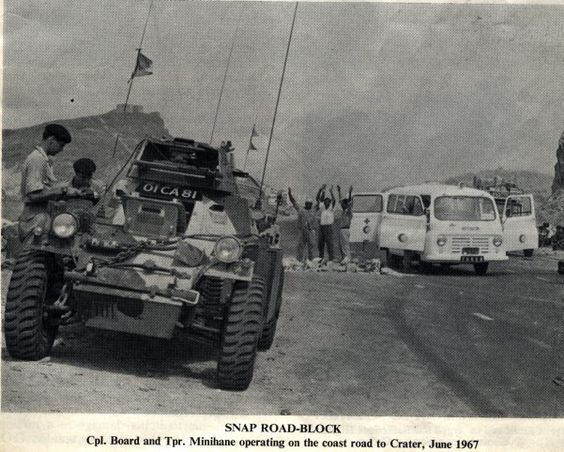 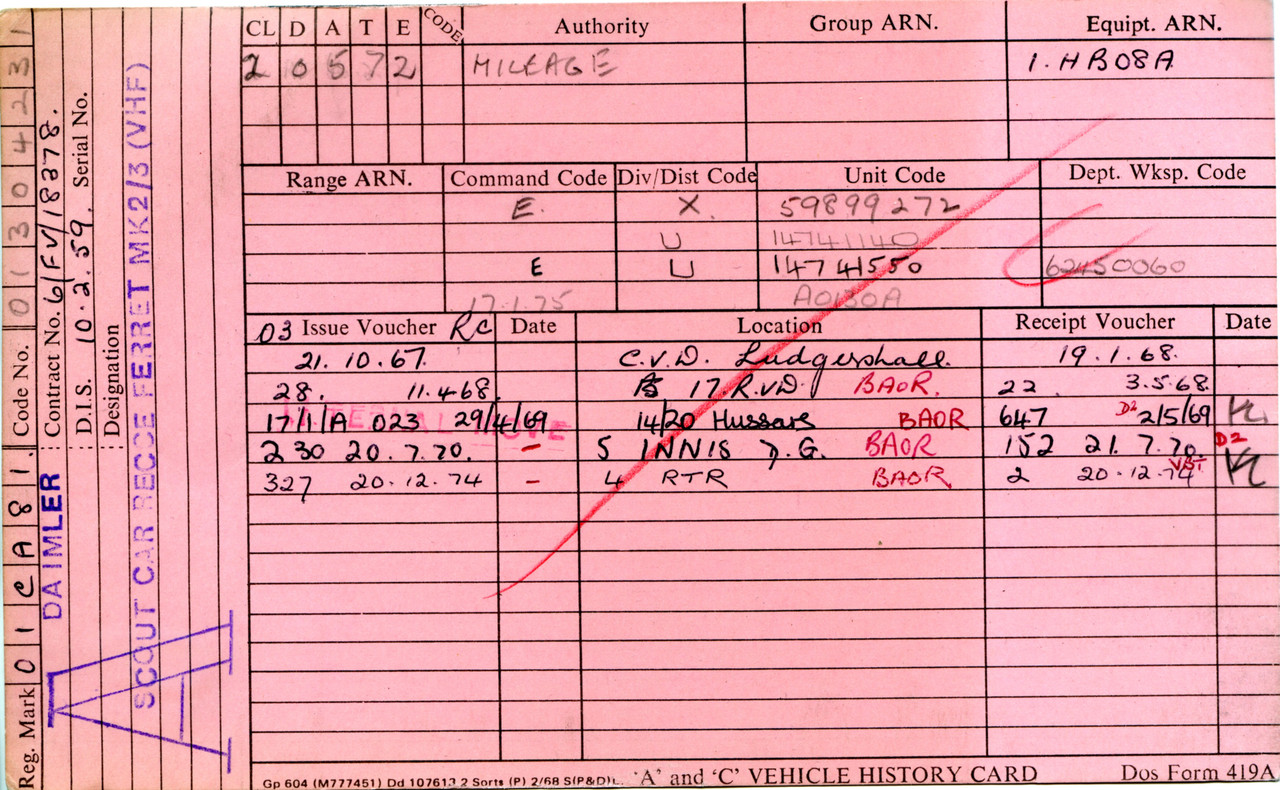 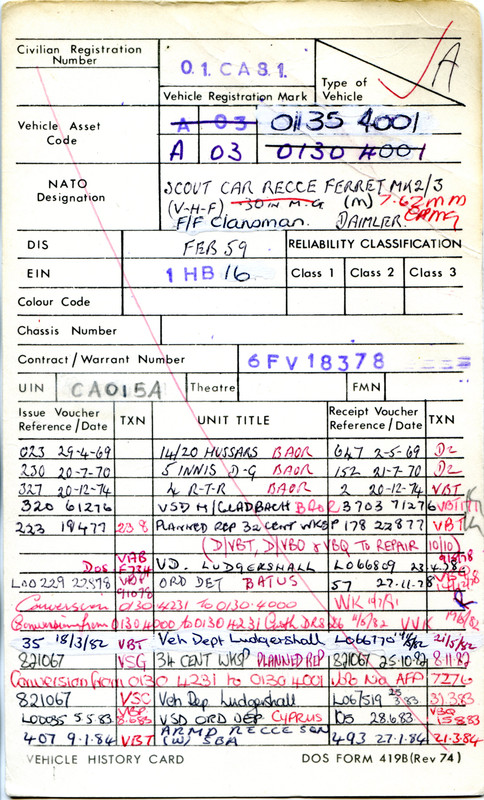 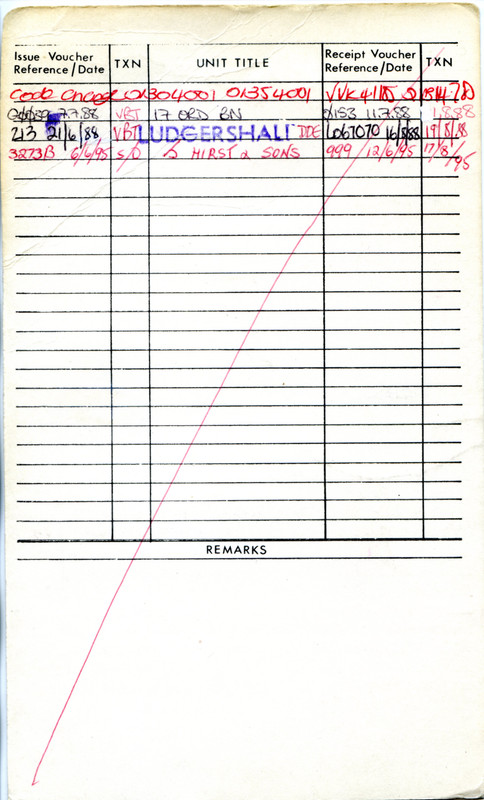 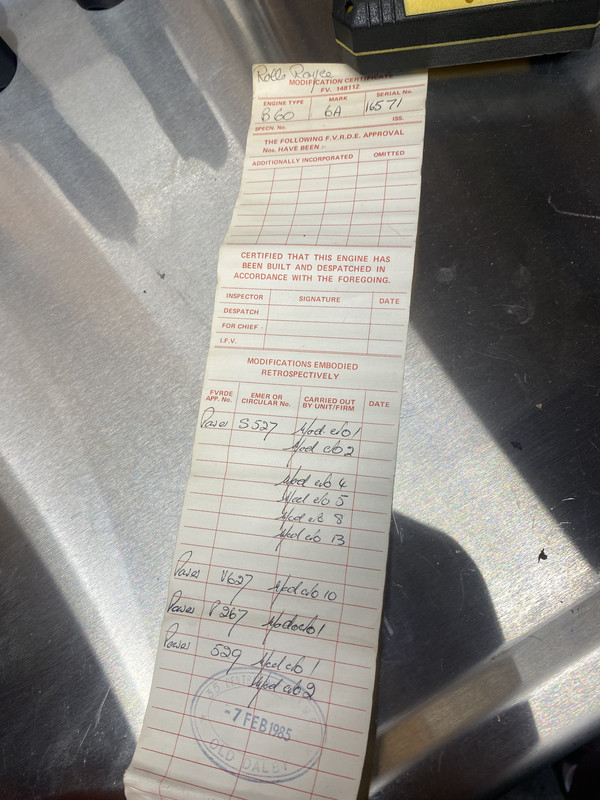 Nice looking Ferret you have there. You are lucky to have such good service history and an in-service picture.
Those of us with Ferrets from other countries aren't usually so lucky.
Are you in fact in California and where-about? If so, I'd love details about if/how you have your Ferret road registered since the local CHP was uncooperative about mine.
8

Thanks for the reply. I am in California, northeast LA area. I bought it titled and registered. I was surprised to see it’s properly registered as a 1958 Daimler …I was expecting something bizarre like 1967 Chevy. They used its original registration number for the VIN instead of hull number, presumably because the data plate is most visible and recognizable. The PO used an out of state title company that registered it in a different state then re registered it in California. Similar process that many do with Dnepr/CJ motorcycles. States like Vermont will let you register it there without ever seeing it it’s worth checking out. If its old enough all you need is a bill of sale.

Do I have to be a Vermont resident to register a vehicle in Vermont? | Department of Motor Vehicles

dmv.vermont.gov
Keep in mind you’ll still have to do a VIN verification to register it in CA…but it’s a lot easier if you have a title from another state. See below for getting that inspection done…

I registered a grey market import Dnepr K750 motorcycle in CA….it wasn’t particularly pleasant since I had to clear customs as well (different mess) I was prepared to go the Vermont-CA route but it ended up working out. Best advice I can give you is make friends with your local police dept. Any police officer can inspect the vehicle the key is finding one willing to do so. Instead of towing the bike to CA DMV or CHP and having them look over its Ukrainian paperwork I made friends with a traffic Sergeant in a local PD. He cut the BS inspected the bike and signed my paperwork. Vin verification paperwork in hand along with a few bucks I had plates.
Last edited: Aug 25, 2021

I love the MK2/3 ferret. I am working on painting my buddy's 2/3 in the Aden camo . All of his in service pics are Aden. If you are on Facebook, you should join the Daimler Ferret Armoured Scout Car Appreciation Society and the Daimler Ferret North America groups. Lots of info in those groups. You can also connect with some guys that served in the Ferrets.

Thanks for the replies guys!

Soupermike the paint looks great, are you going to do camo or leave it tan? I’m not on Facebook but may have to join if there’s a good Ferret group.

Ferretboy, the current paint was an attempt at a desert storm scheme. I’ll be repainting it tan/dark green Aden camo like this 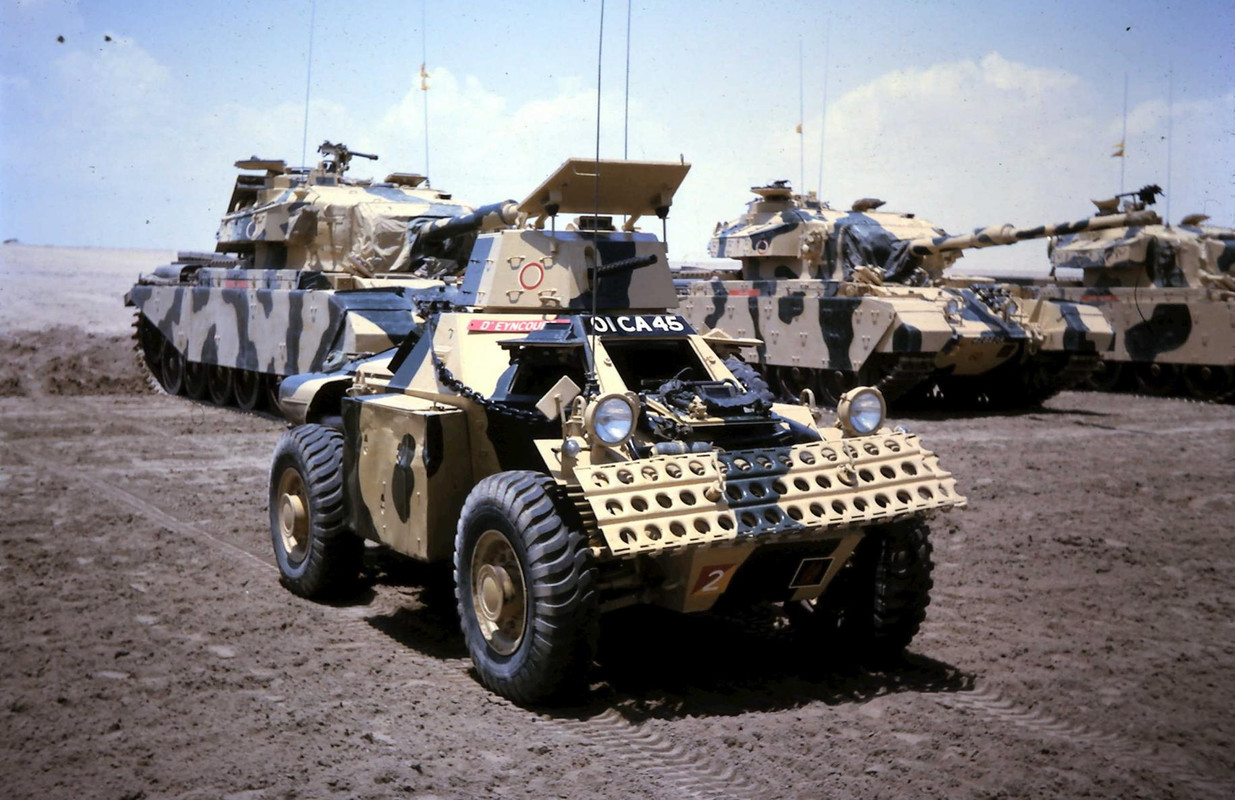 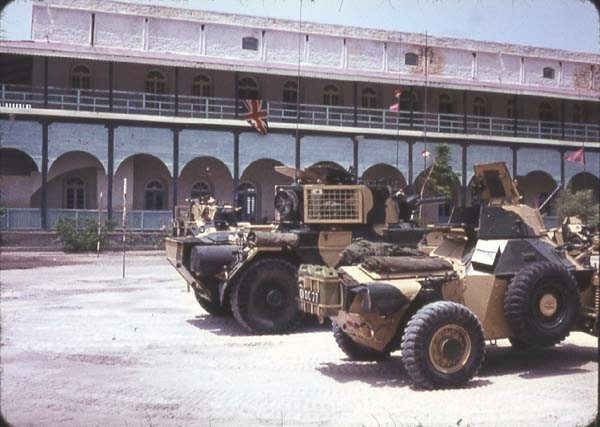 Finished the partial interior cleaning - stripped all the tin work and blasted/painted. The color isn’t a good match which is a bummer…hopefully when it gets dirty it’ll blend in more. I scraped at least 40 pounds of oil sludge from the fighting compartment. 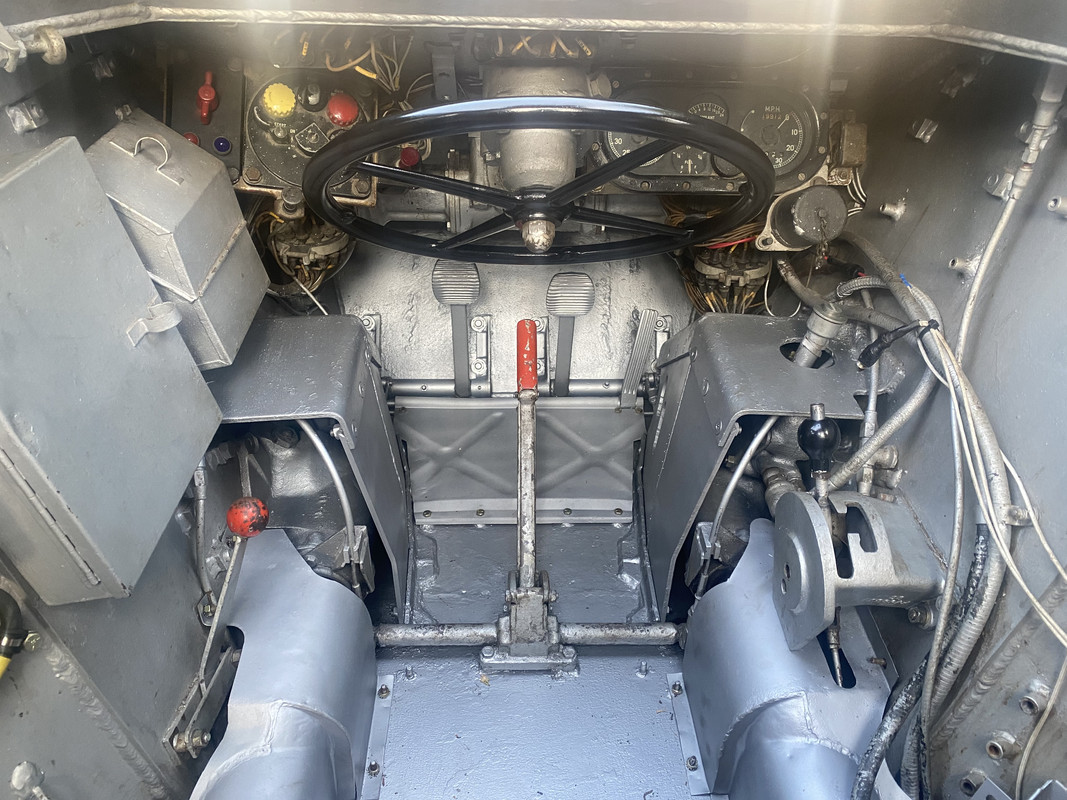 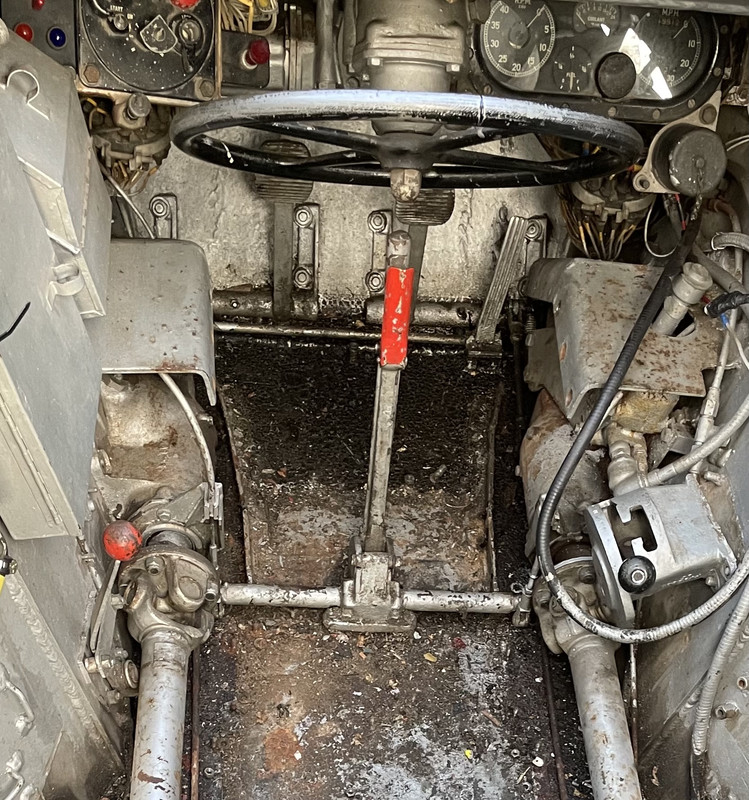 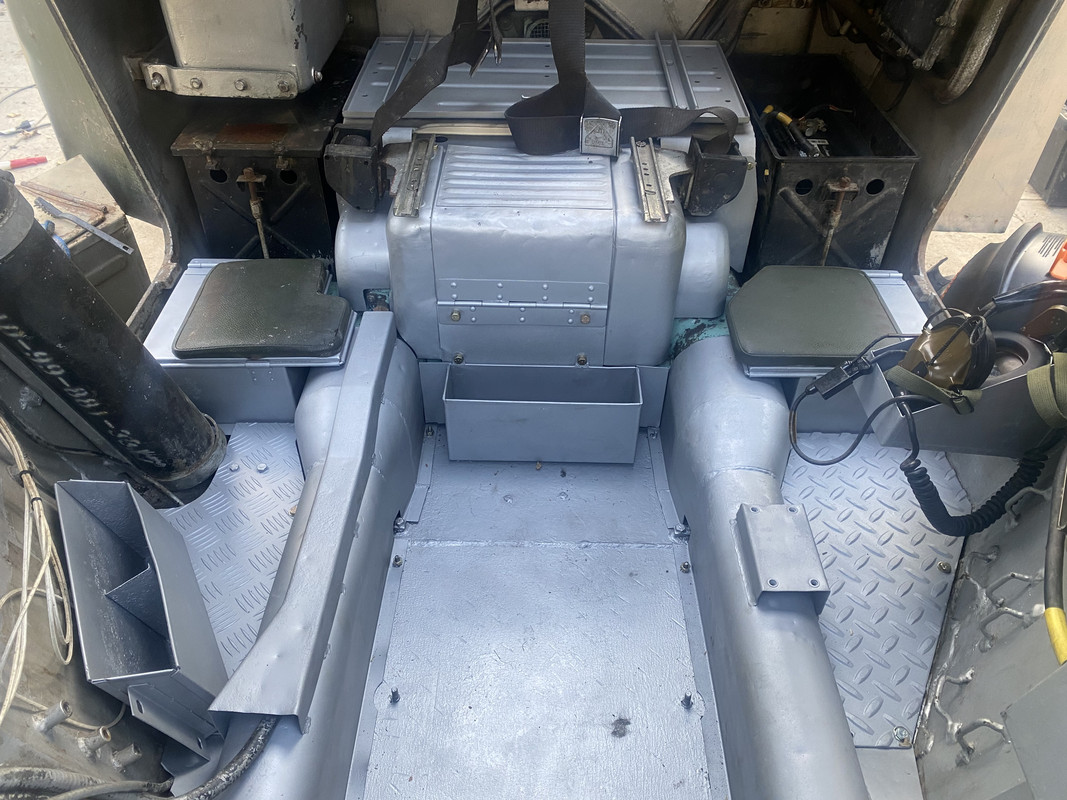 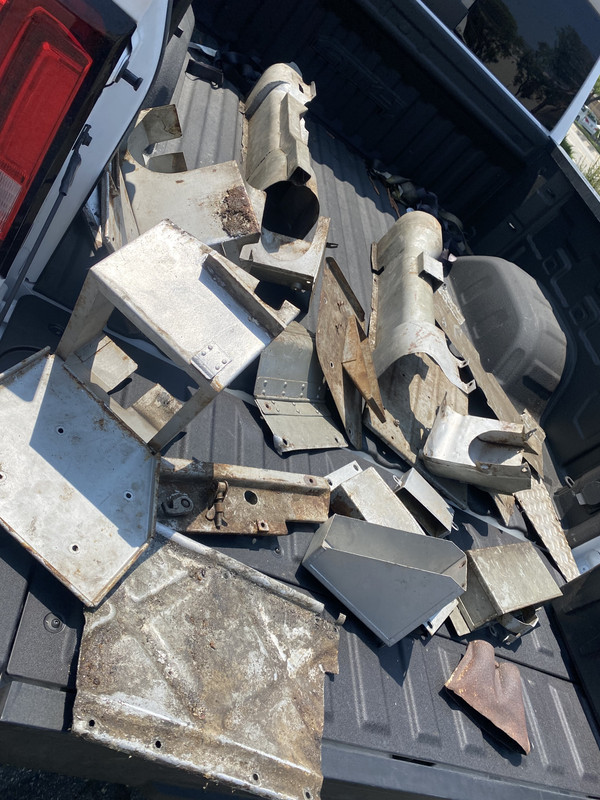 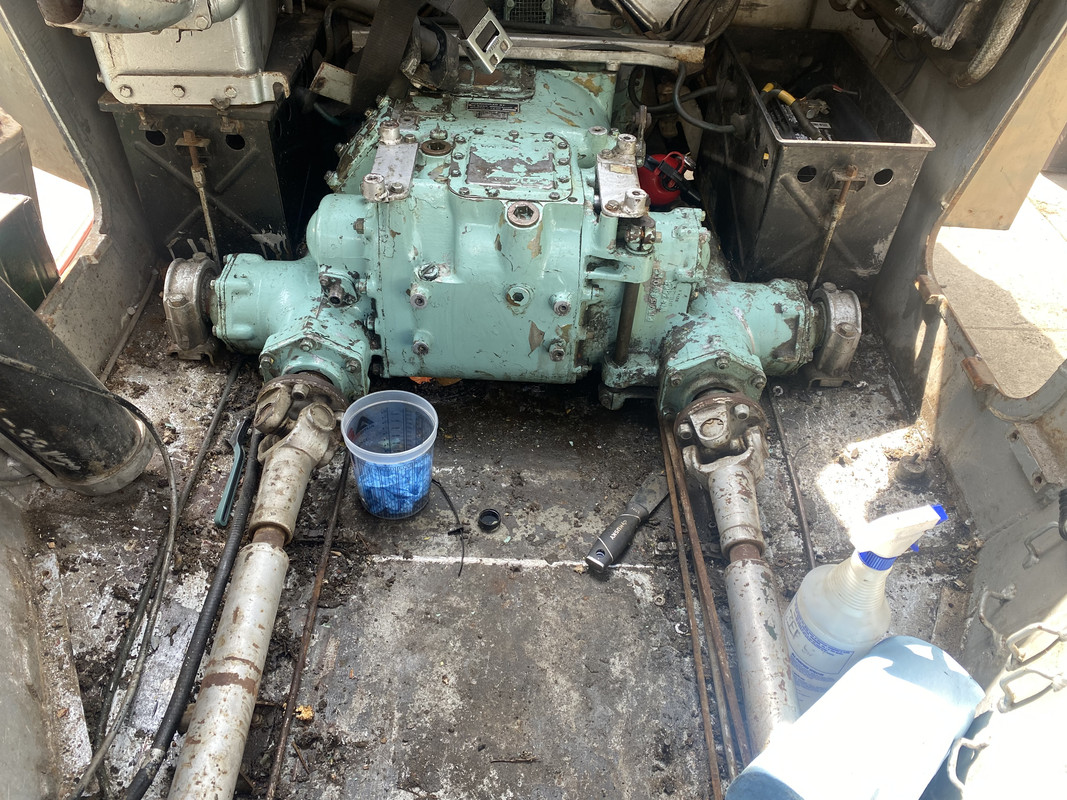 Other progress
-cleaned fuel tank with vinegar and did the REME mod to the fittings. It was a big step to have her run off her own tank! Was originally bypassed and running off a gas can. I trimmed the tube down a bit from the length pictured. Banjo fitting was completely plugged when removed.
-rebuilt carburetor and ignition, runs great
-rebuilt all brake hydraulics…what a pain as all my wheel cylinders were stuck
-installed a VIC-1 intercom
-top half is currently in primer
-reset transmission bus bar spring
-MLU spin on oil filter adapter 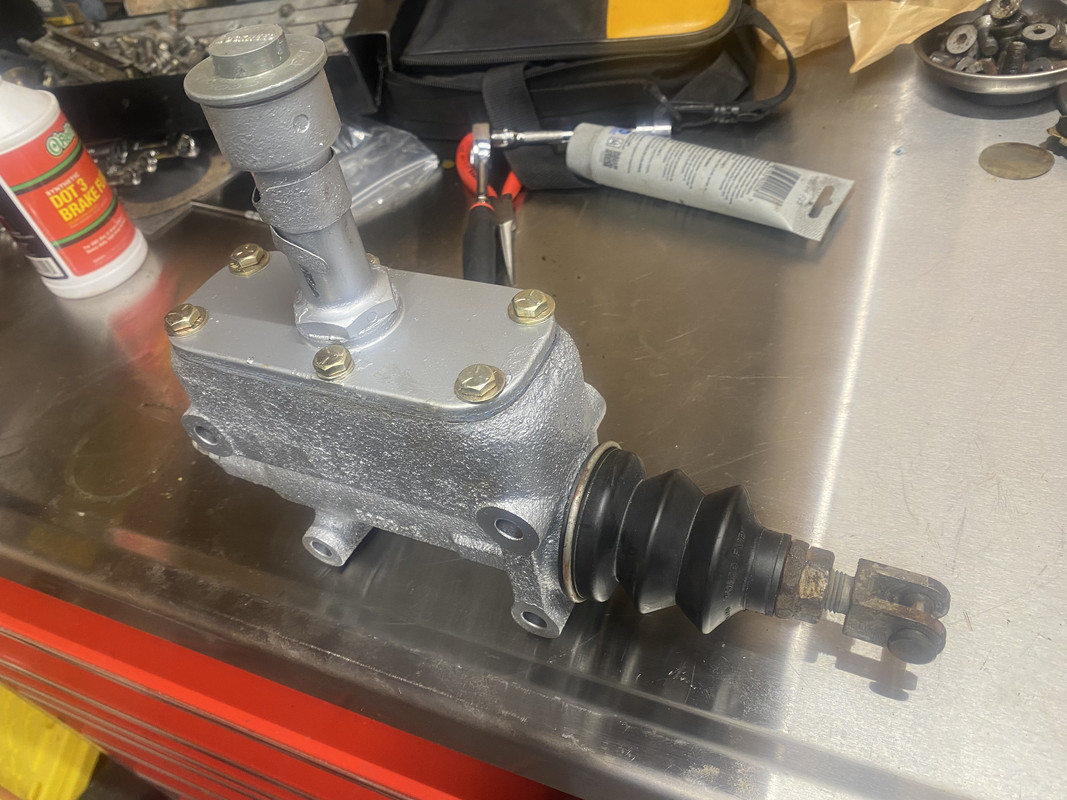 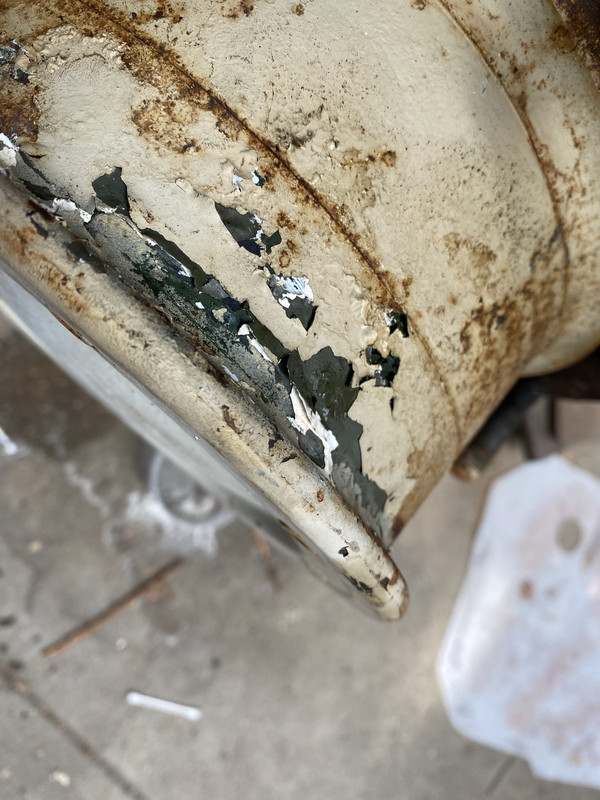 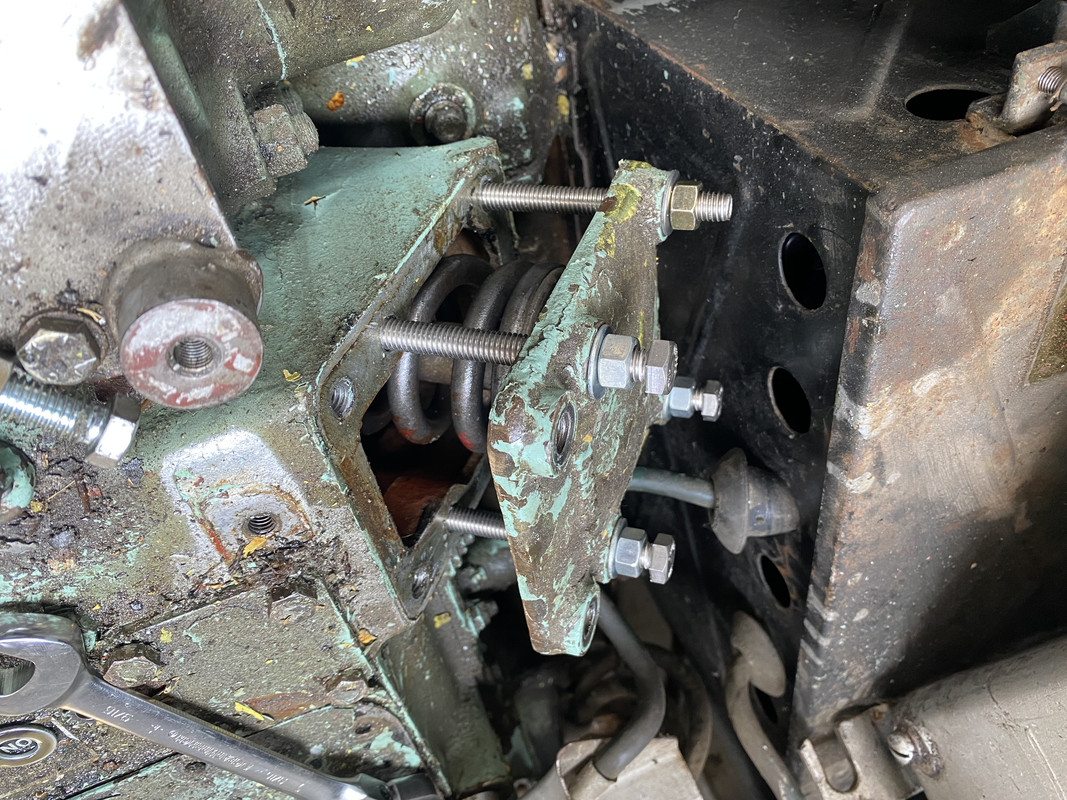 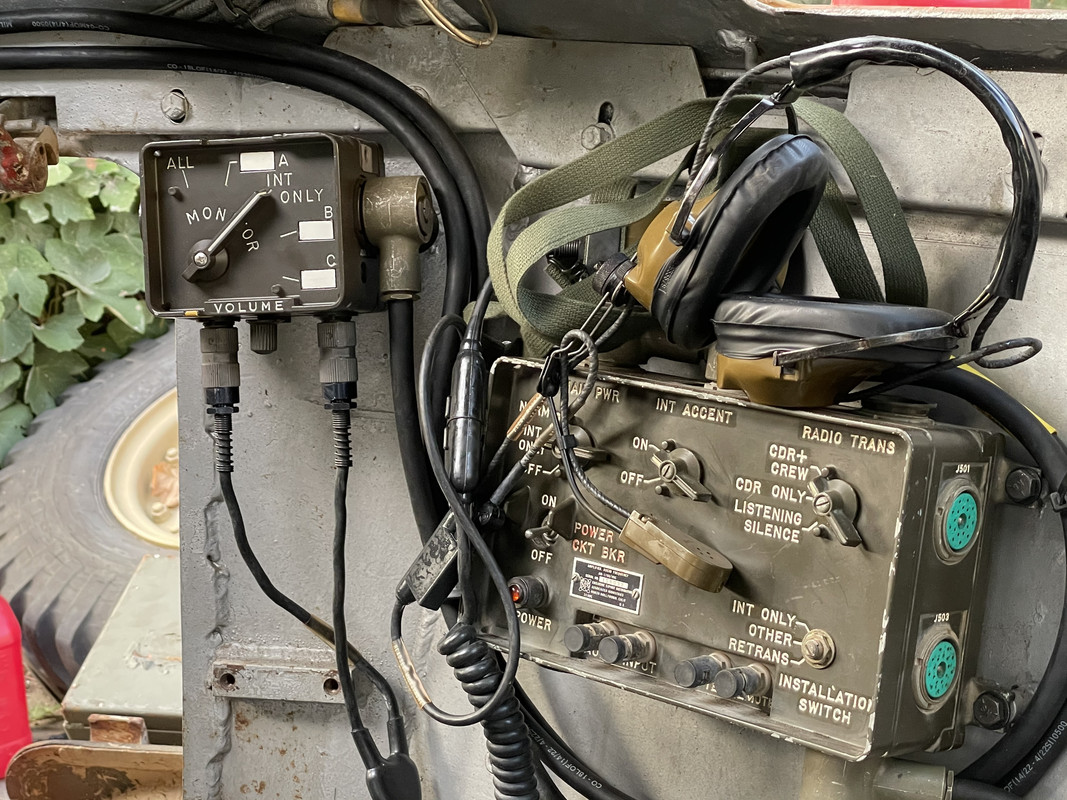 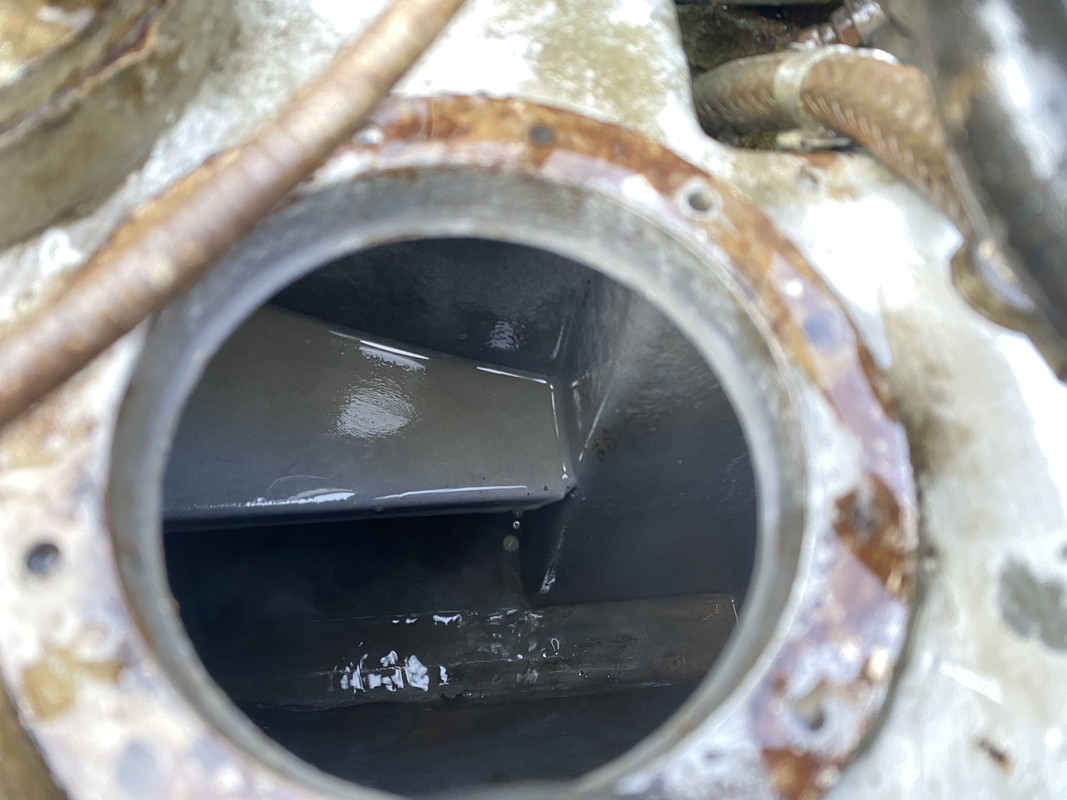 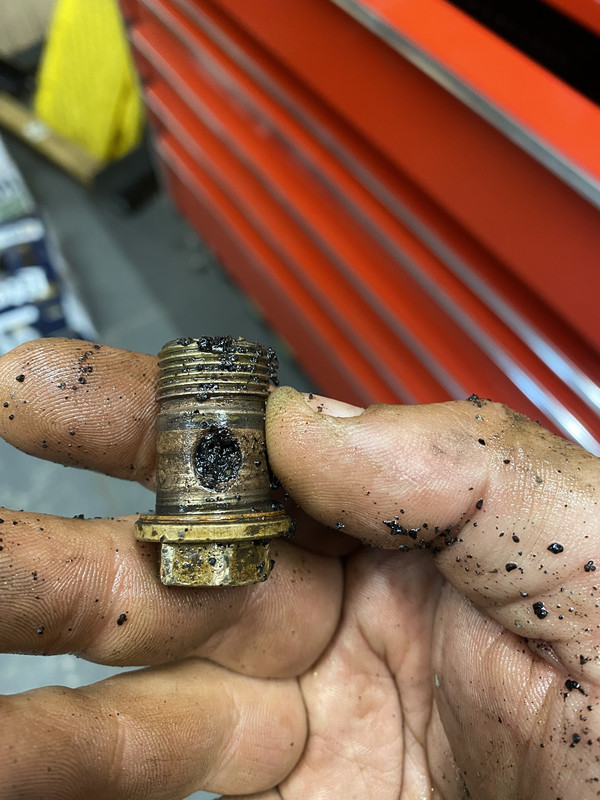 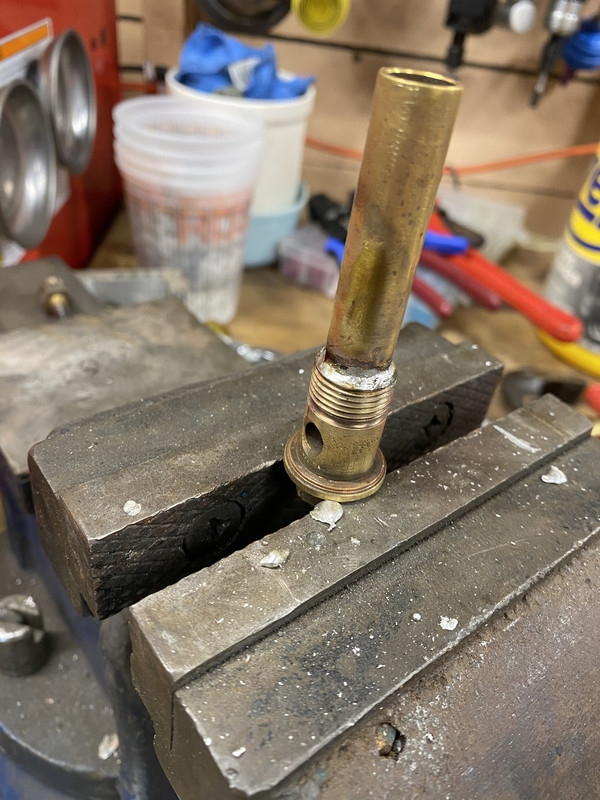 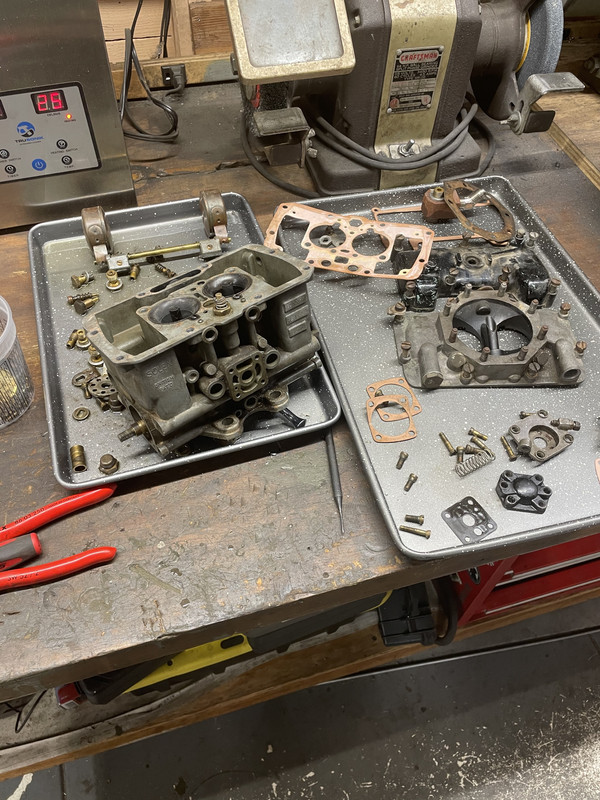