At the very last minute, we decided to ambush fellow SS members by showing up at the 2019 Sanford Memorial Day Parade.

A Mighty Mite parked next to a Chenowth - both privately owned - is a VERY rare sight!! Signalcorps worked very hard to get his FAV on the road. I love seeing it at events. 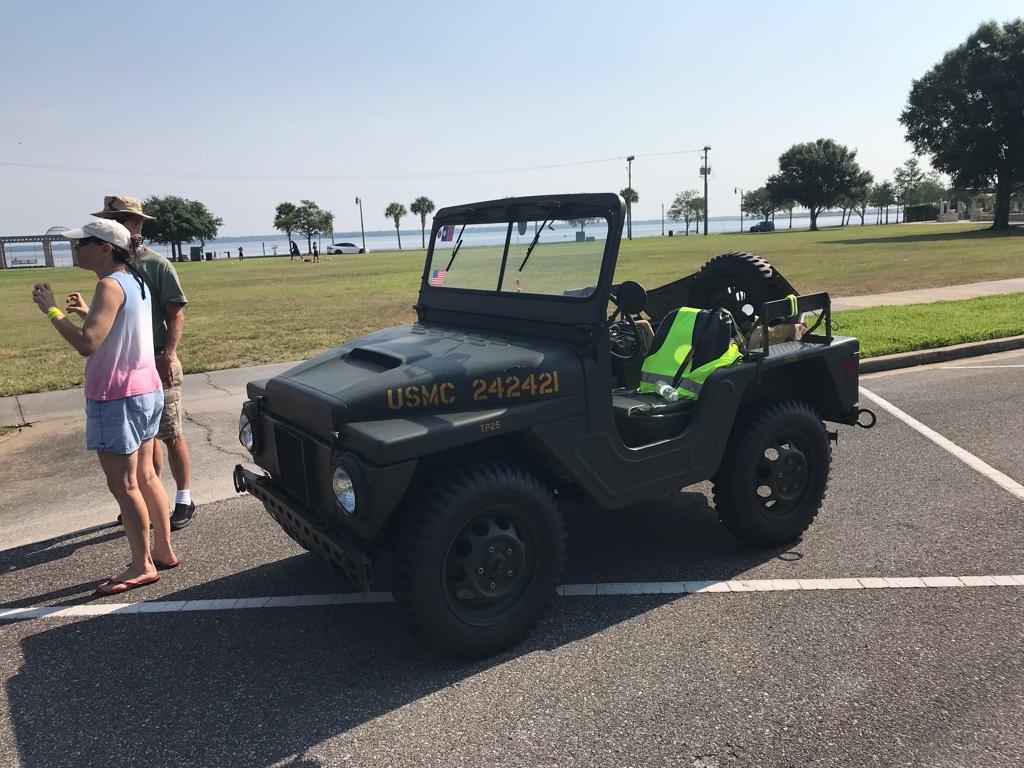 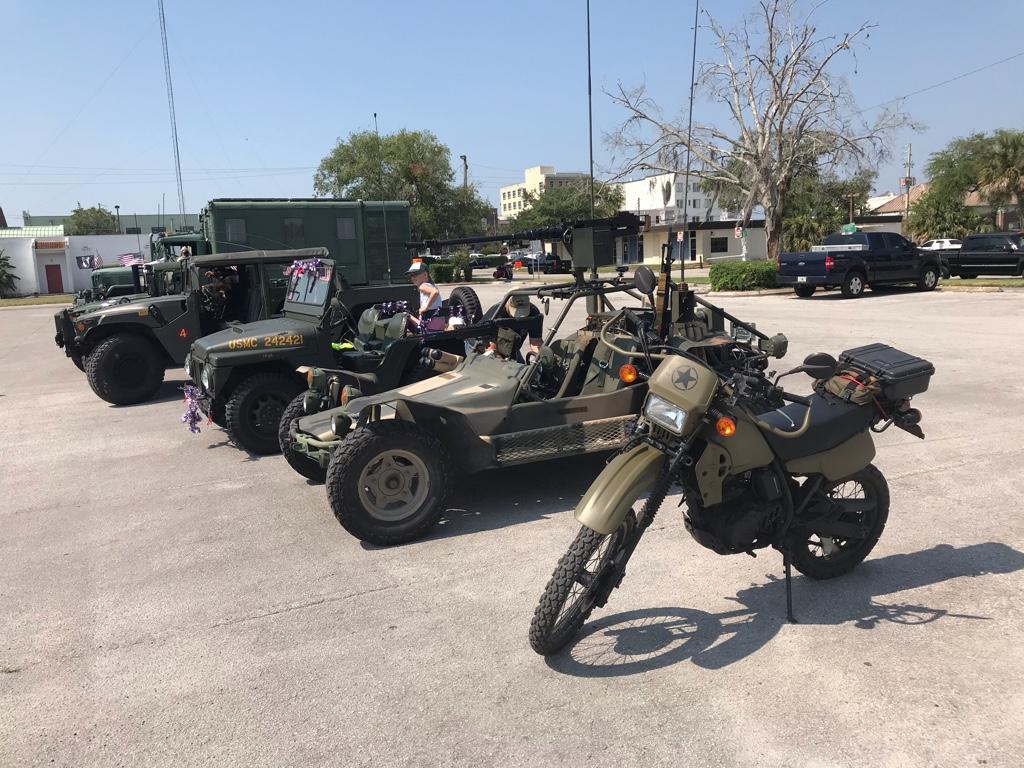 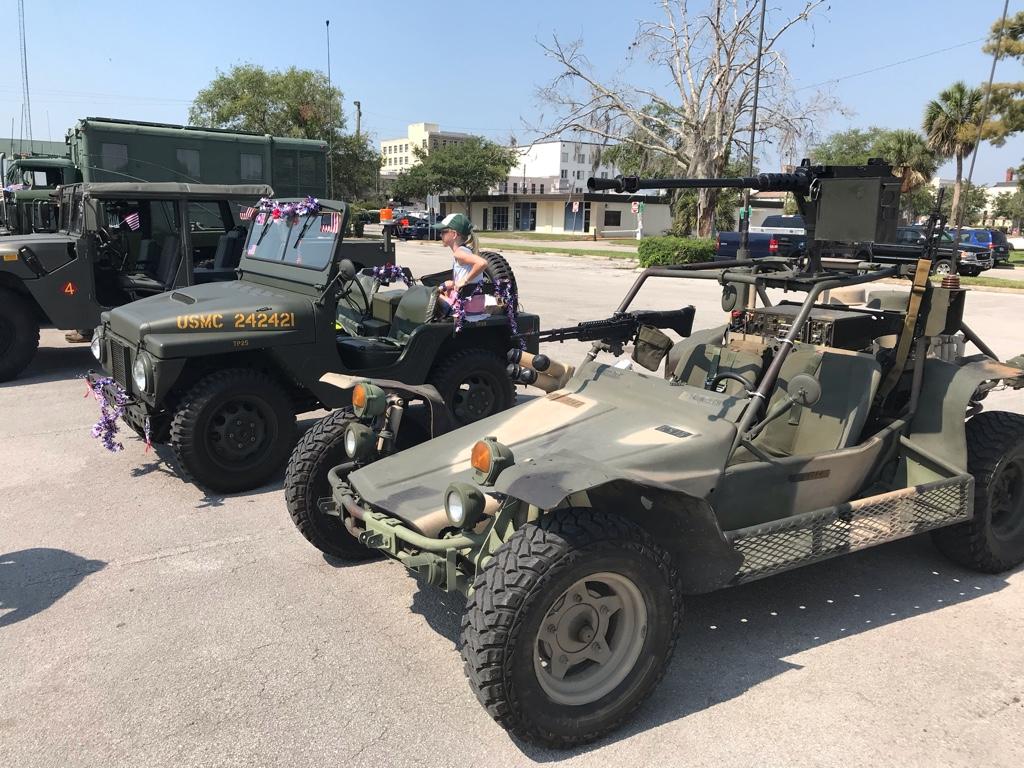 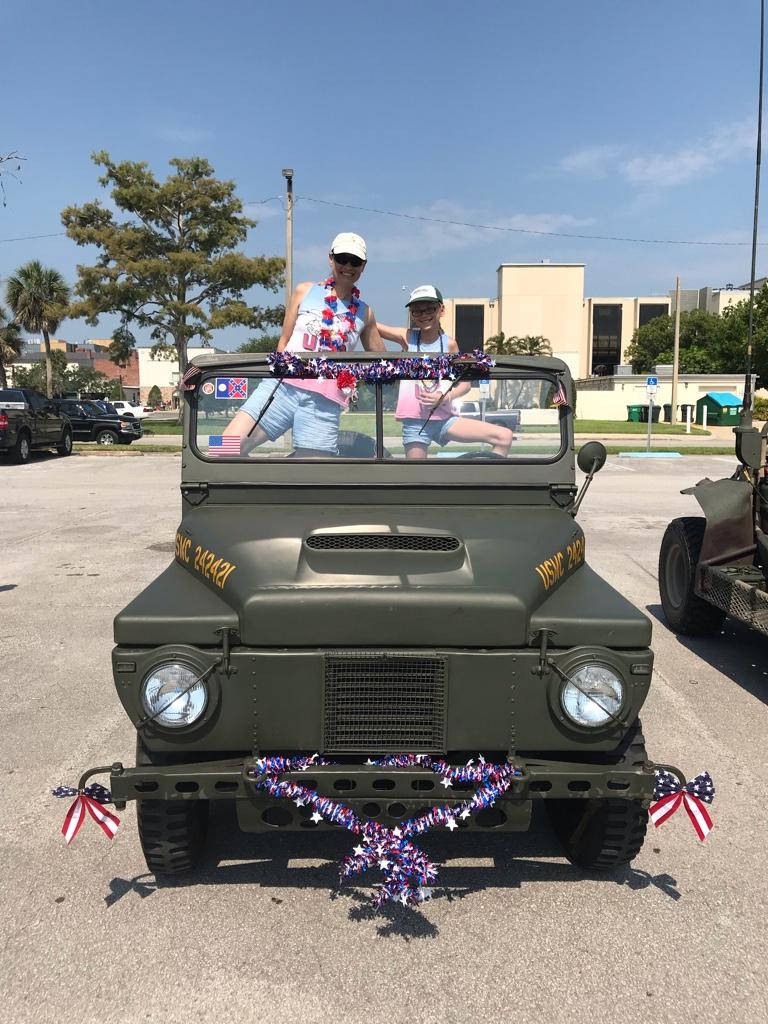 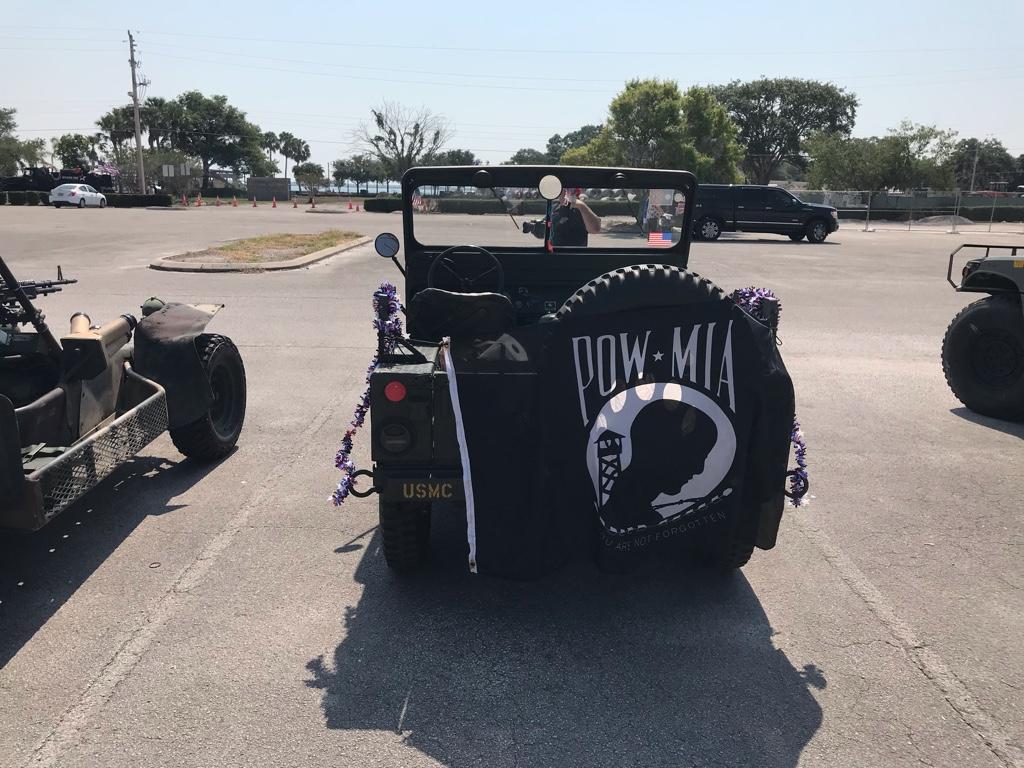 My wife ran over a nail in her 2005 Tahoe PPV at the beginning of June last year. The local tire store has a tight parking lot that’s typically crowded and difficult to maneuver a dually around. I decided to pull the wheel off the truck and put the Mite to work. Much to my surprise, the wheel fit perfectly in the back!!! 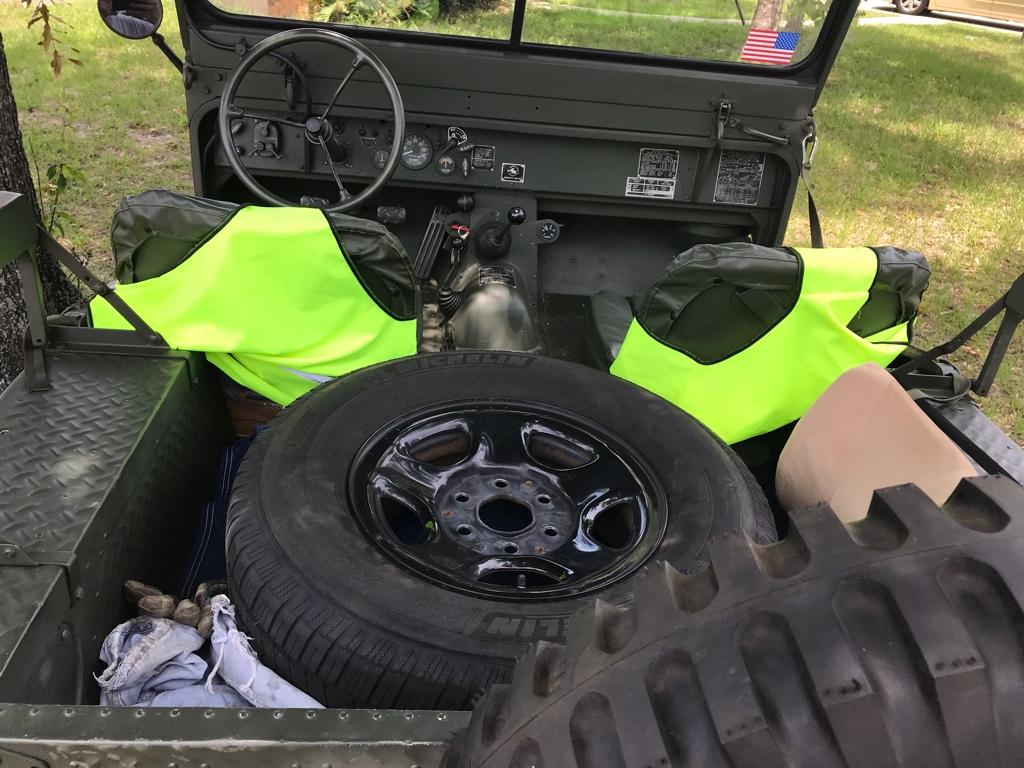 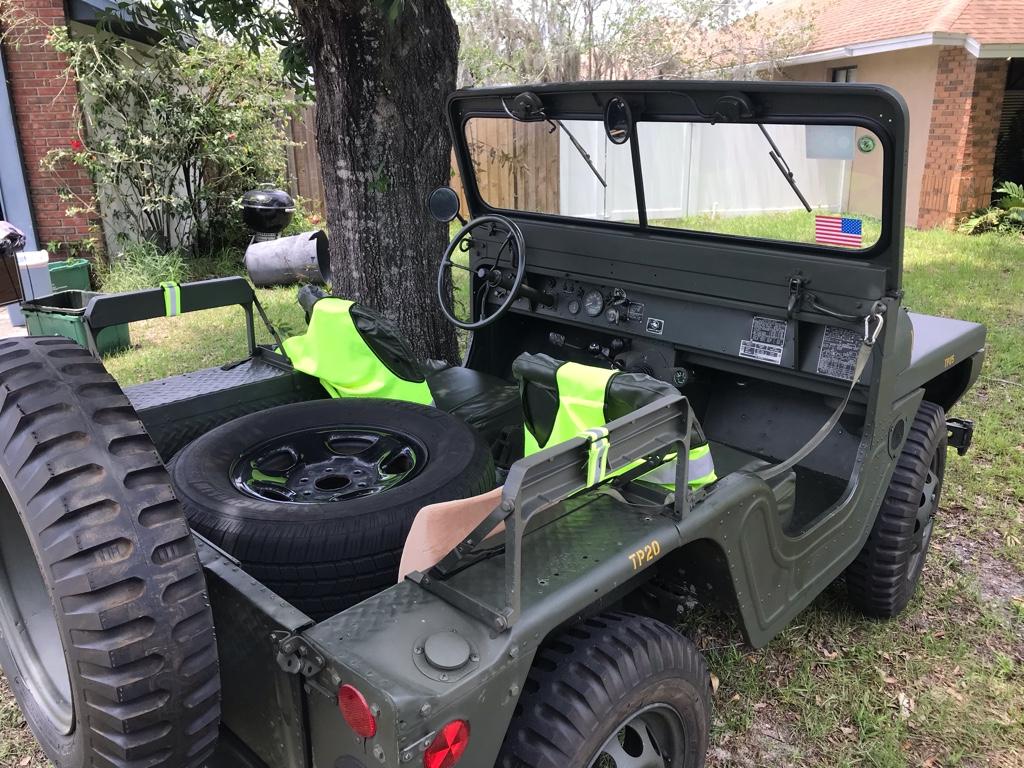 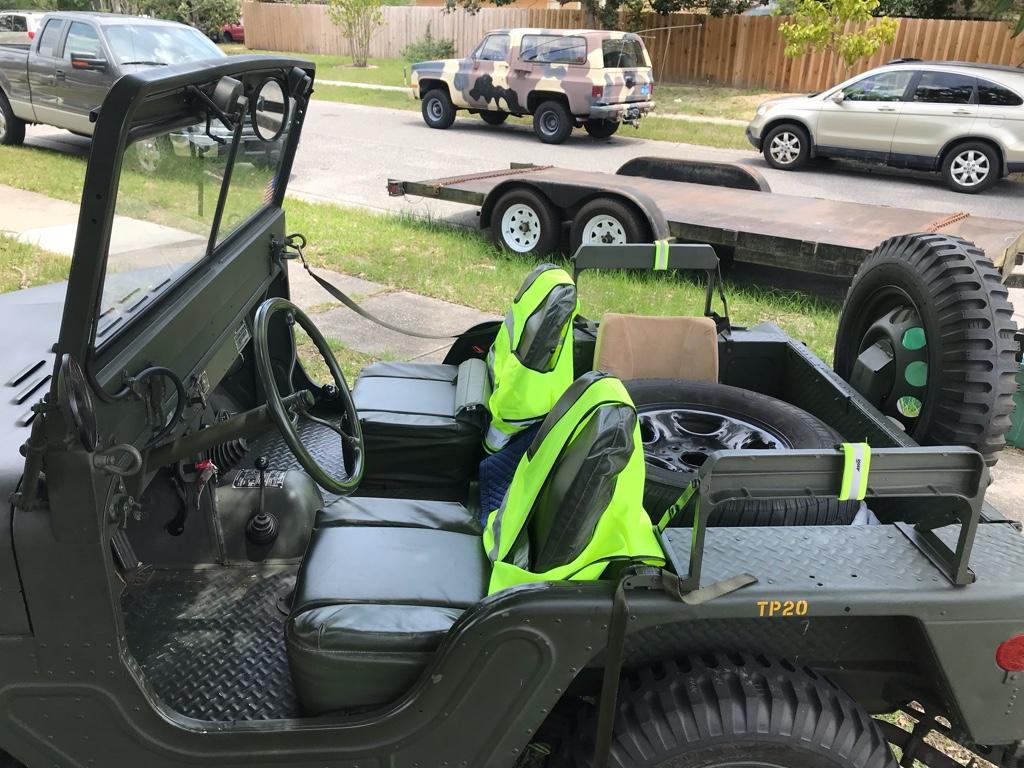 One of the issues I've discovered with the Mite is that it's essentially invisible, even in broad daylight. I've had to take evasive maneuvers multiple times to avoid getting into accidents. People frequently pull out right in front of me, cut me off, or run me off the road. As you can see from the pictures above, I added two safety vests and two reflective safety wrist straps to the seat backs. They help tremendously.

I just remembered another event she participated in last year. The First Florida MVPA rally in Mt. Dora. I drove her 45 miles one way nonstop to get there, and made the same trip home nonstop.

Note to self: long drives in a M422 require at least 1 stop to stretch my legs. I had cramps by the time I got to Renninger’s!!! Same deal when I got home. You'd think I'd have learned my lesson from the morning run. Well, time was not on my side. I had to get home before dark. 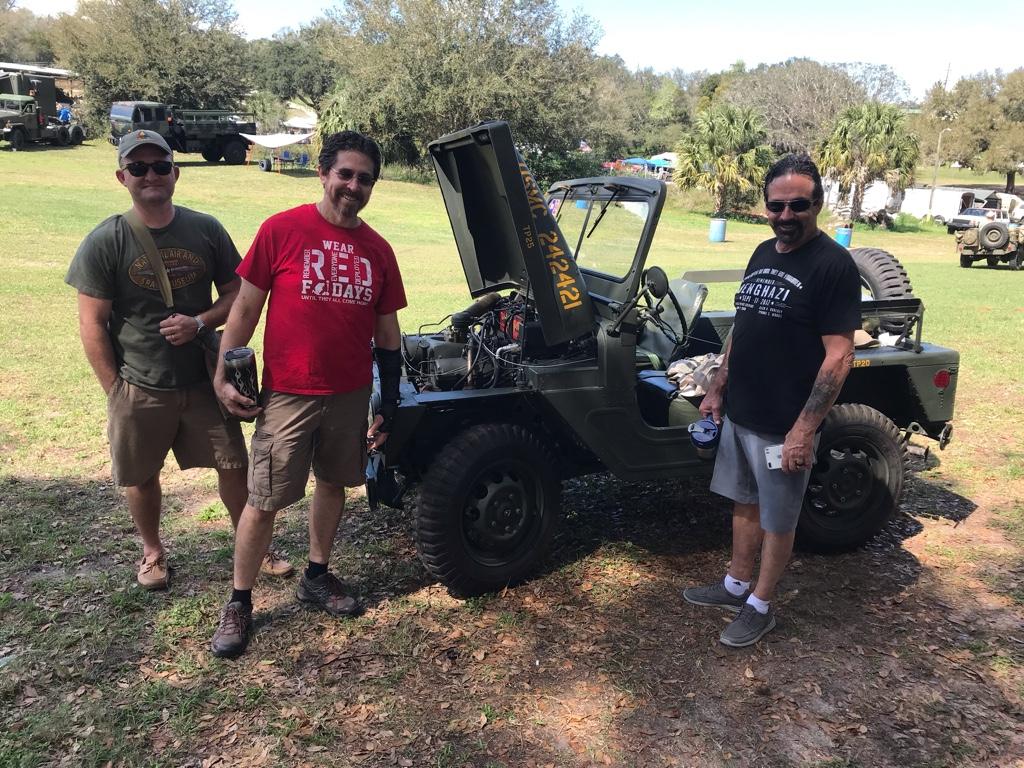 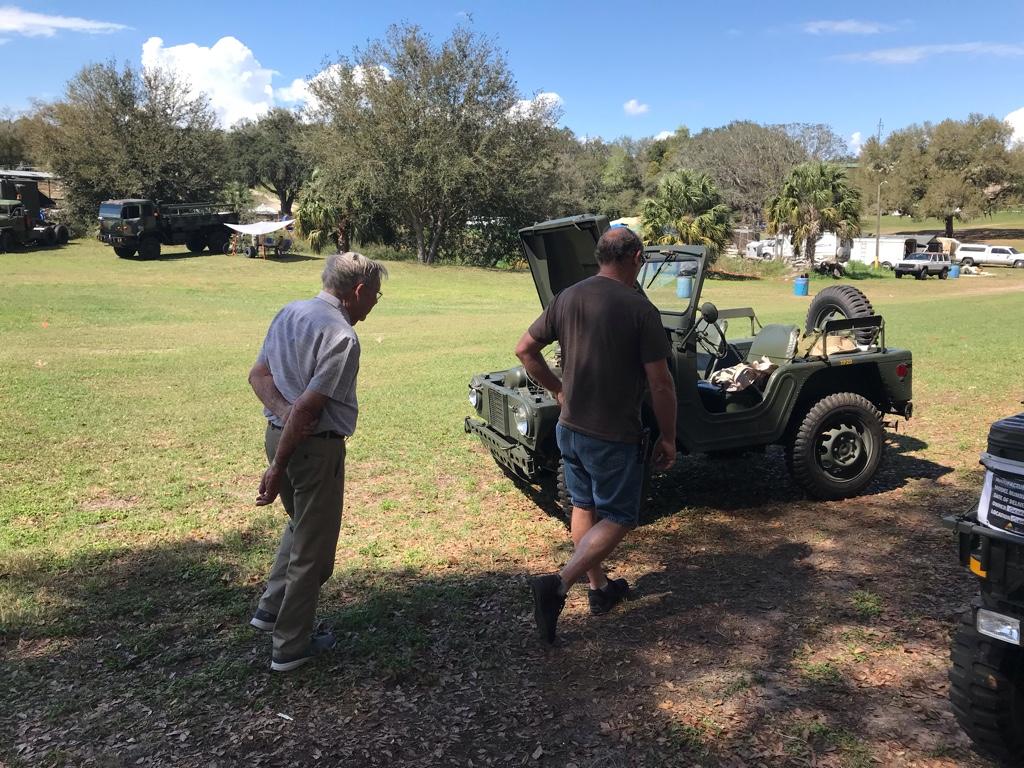 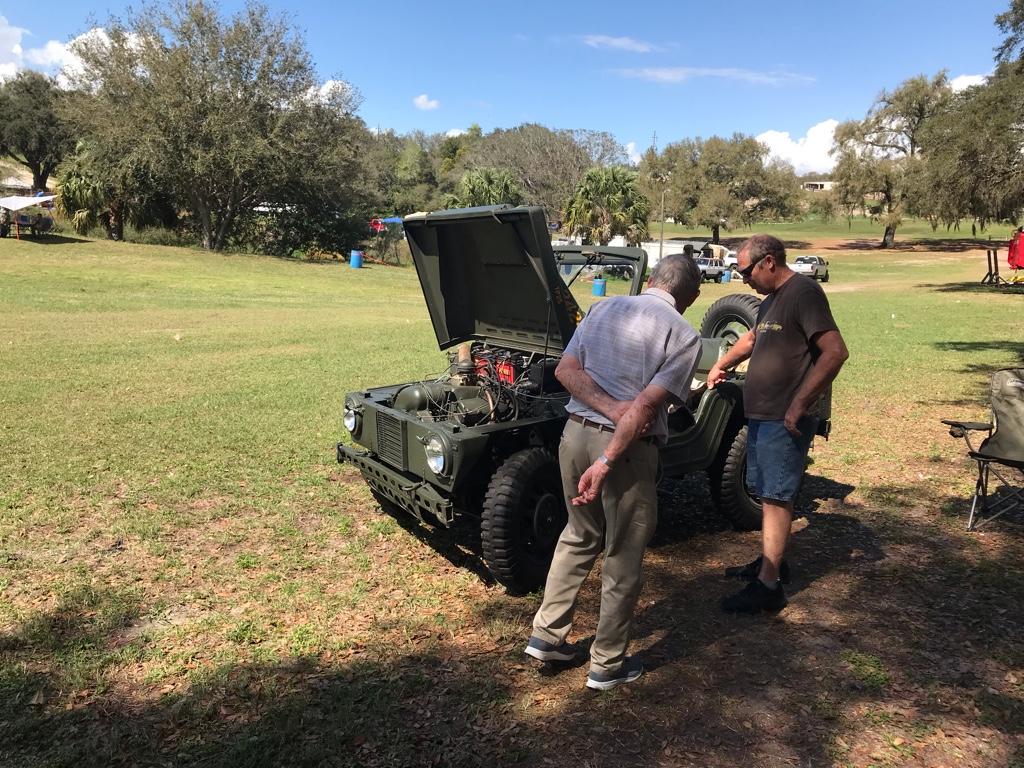 She was also at the TICO Air Show last March. 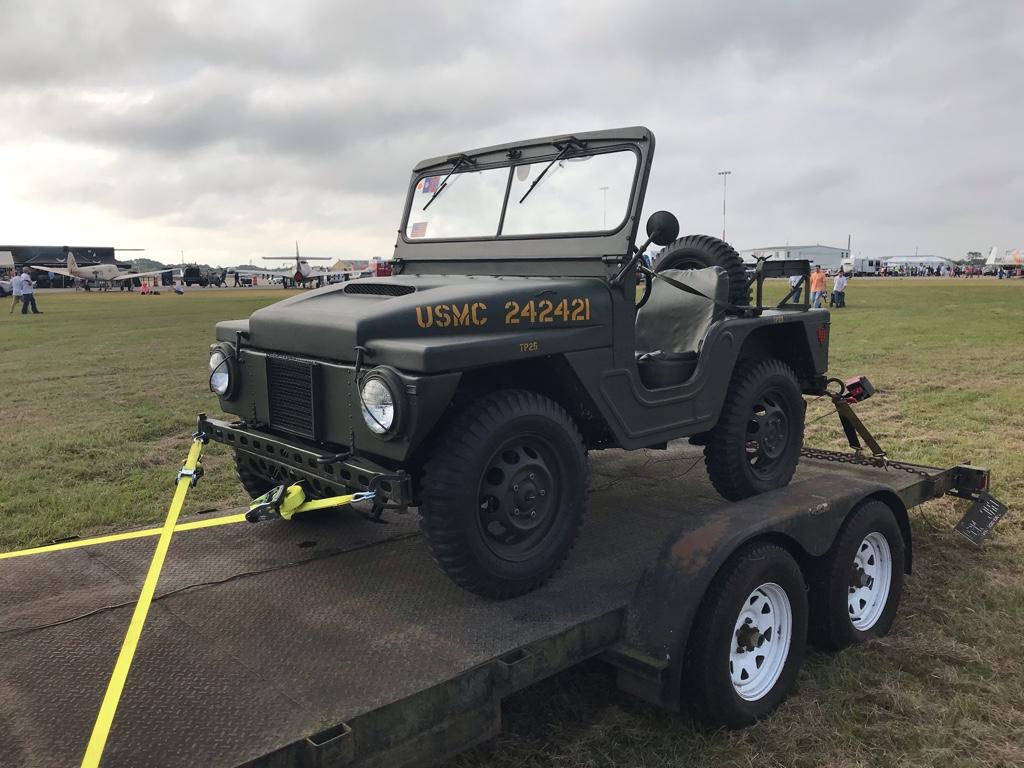 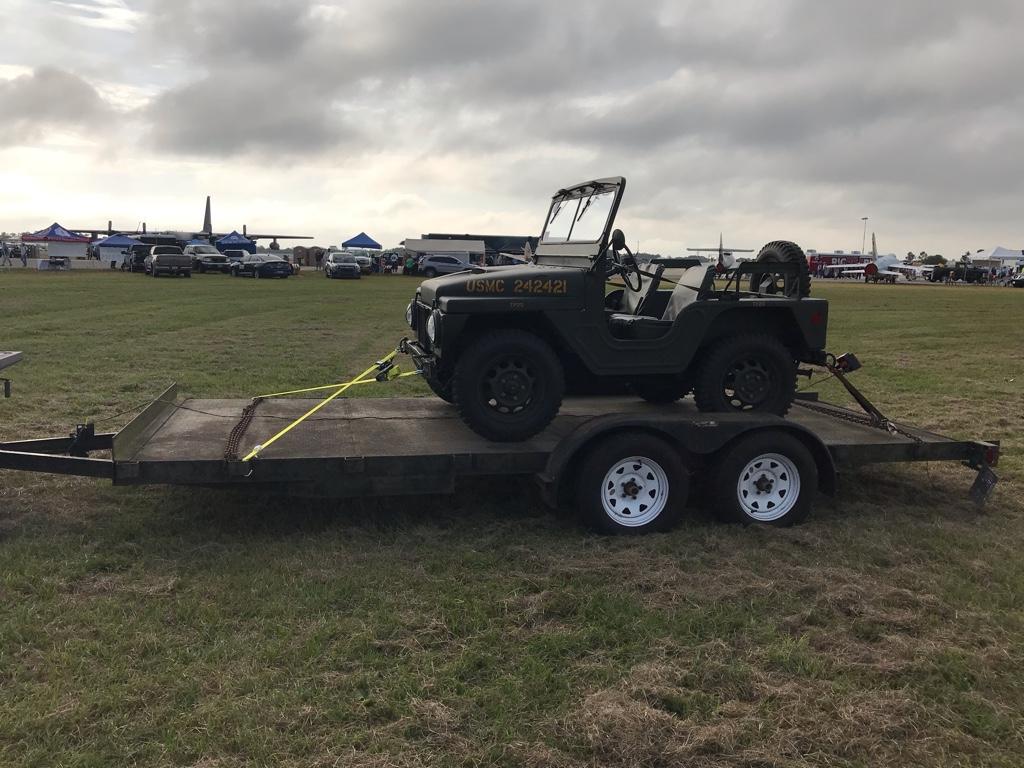 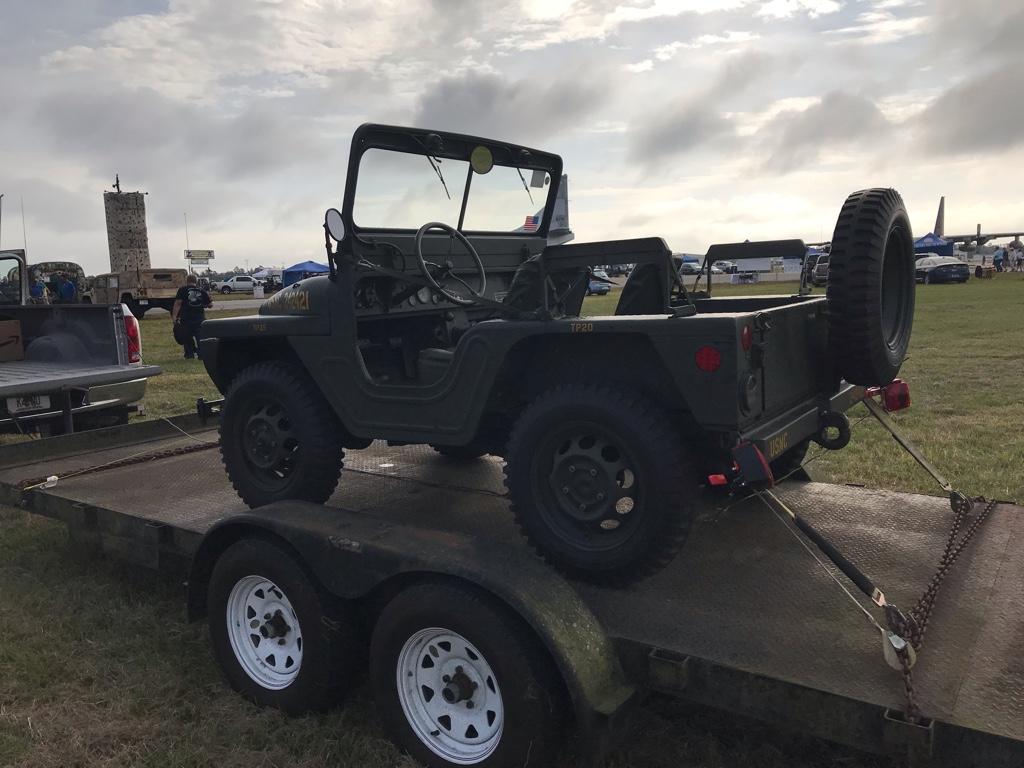 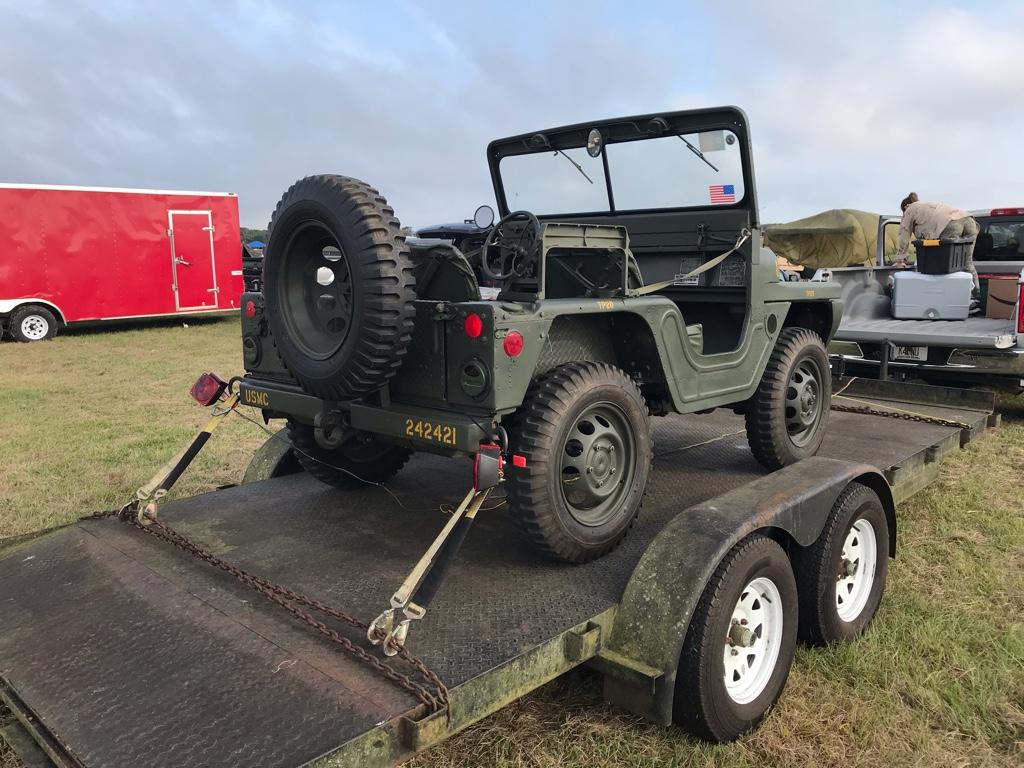 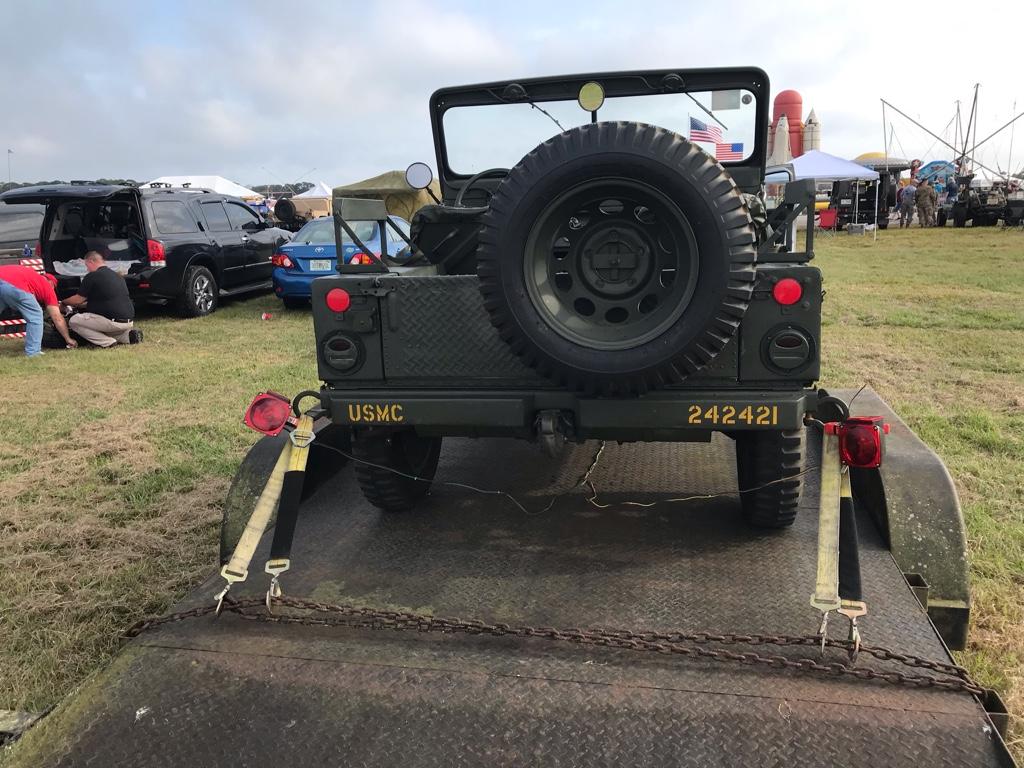 Jeannie has a distinct personality. She really likes to run. She doesn't care if the temps are in the 90's or the 50's. She wants to be driven. She HATES going over 40 MPH. Her RPMs climb quickly, her engine gets hot, and she gets cranky. She also hates sitting for more than a month at a time. I keep a battery tender on her. She complains a bit when she's first started, but she warms up fast and gets moving. She's an awesome little vehicle. Fun as heck to drive. I really enjoy putting miles on her.

Thank you, Chaplain. It's good to be back.

Hopefully will see her at Sun and Fun and Macdill Airfest. Alvin Hughes took over for Roger. Email will follow


Sent from my SM-J727U using Tapatalk

I’ve driven Jeannie 644 miles since we brought her home. 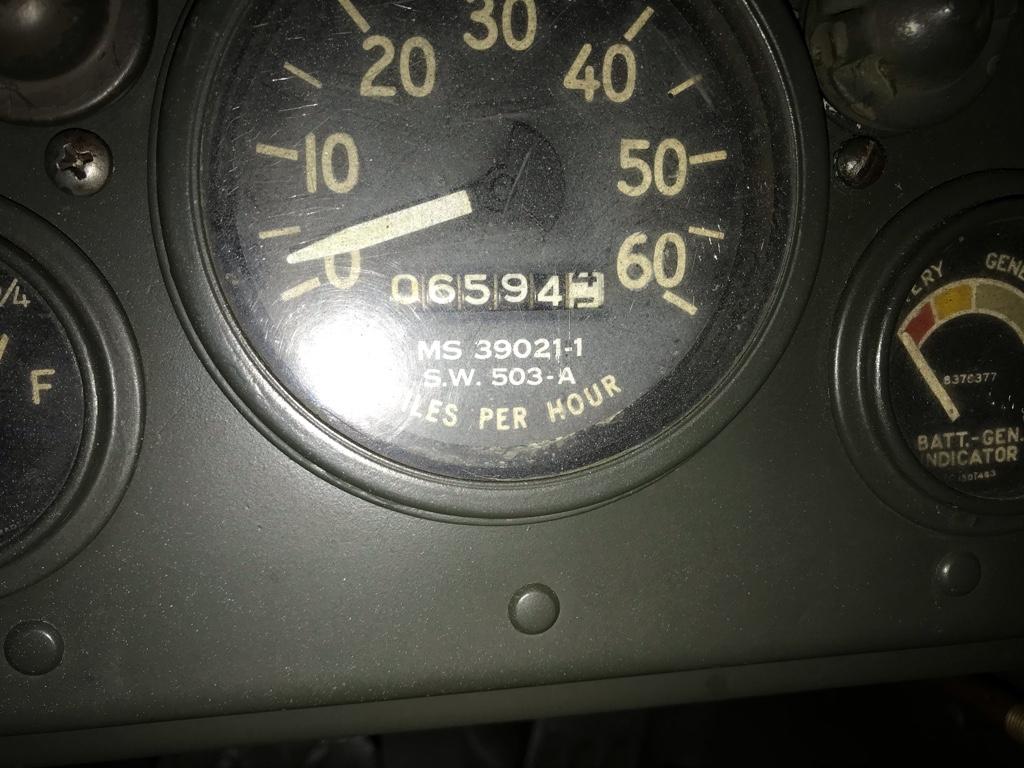 One issue, minor but somewhat inconvenient, is the position of the exhaust pipe. It ends under the driver side rear bumper. Our clothes smell like exhaust fumes after a ride. This is an issue that my wife wanted me to solve.

I thought about mounting a fording exhaust pipe. There are a few problems with that plan. The pipe would interfere with entry and exit from the rear of the vehicle. It could lead to rear passengers getting burned from the hot pipe. Engineering a metal guard is more aggravation than it’s worth.

I called Daryl Bensinger for suggestions. I explained my idea about the fording pipe. He chuckled and told me a story about one of his Mites that had a fording kit. Someone walked up to the vehicle and grabbed the hot pipe in a parking lot, asking him “What is this for?“ Daryl tried to warn him not to touch it but the guy already grabbed the pipe.

I found an exhaust extension for a M170 ambulance. The mounting bracket appeared to be the same as the Mite, but Daryl wasn’t sure if it would work. I called Doc. He owns a Mite and an M38A1. He measured the tailpipe brackets on both vehicles, called me back, and told me they are a direct match!

I ordered the tailpipe extension and gasket from Midwest Military. Total cost was $53.20 including shipping.

I dug 3 bolts, nuts, and lock washers out of my bolts bin. There are three potential mounting positions. I chose the one that extends the pipe tip as far away from the rear tire as possible. A 5 mile test trip proved successful. I didn’t smell like exhaust!!!

I took the pictures after my test run. 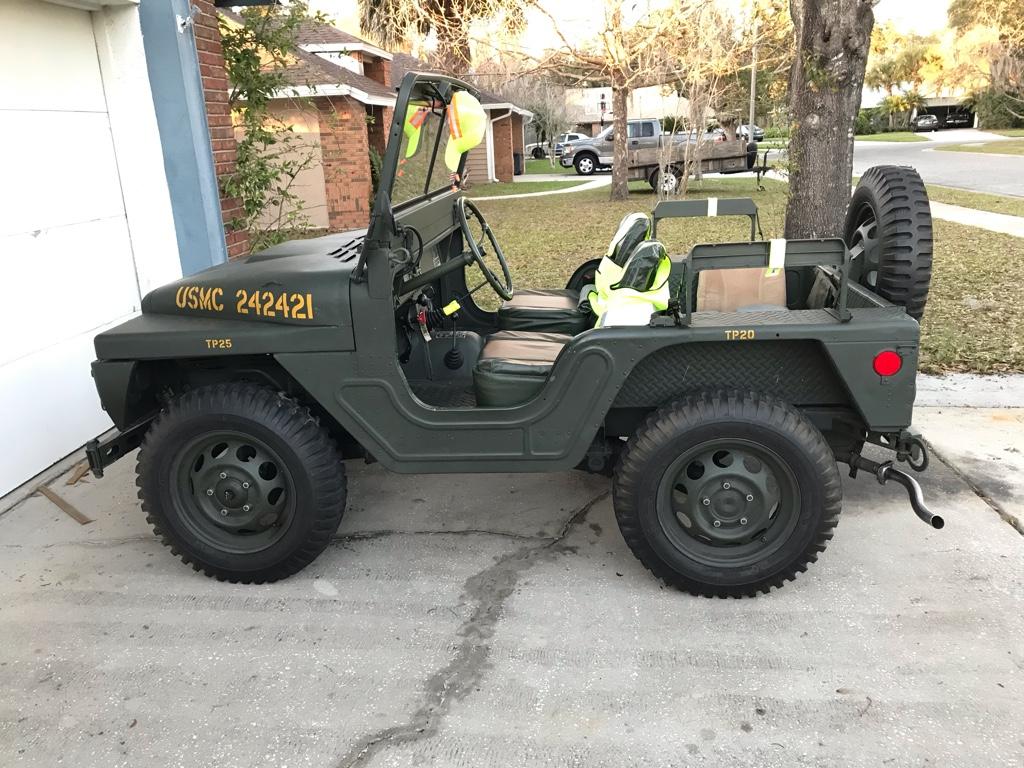 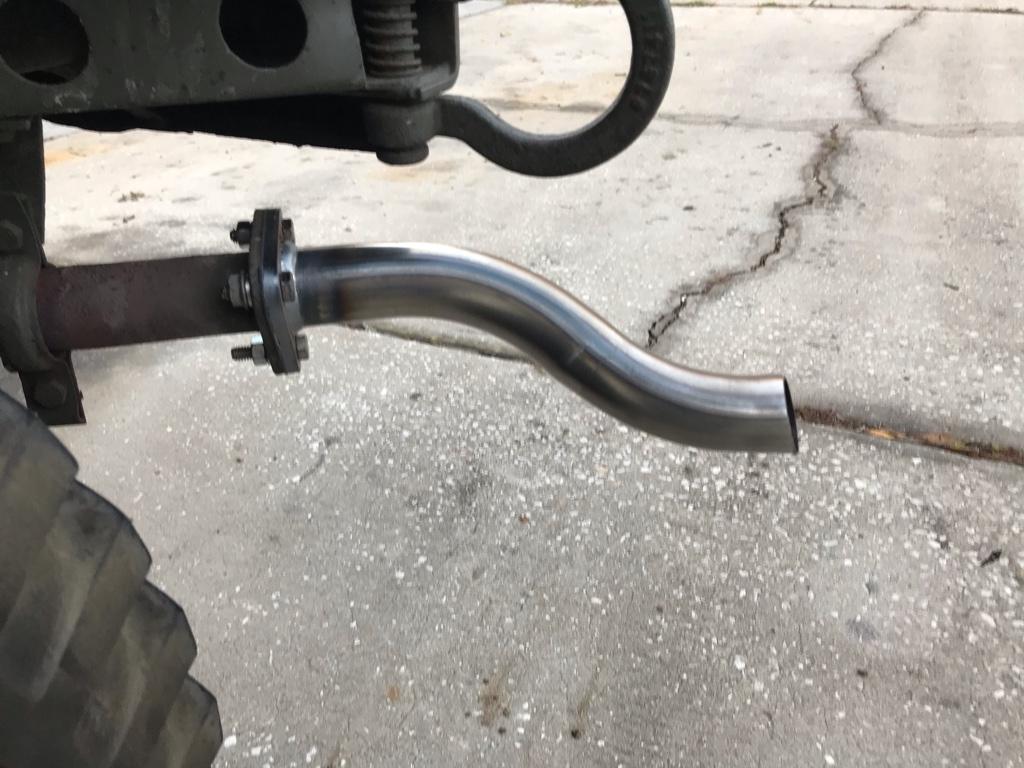 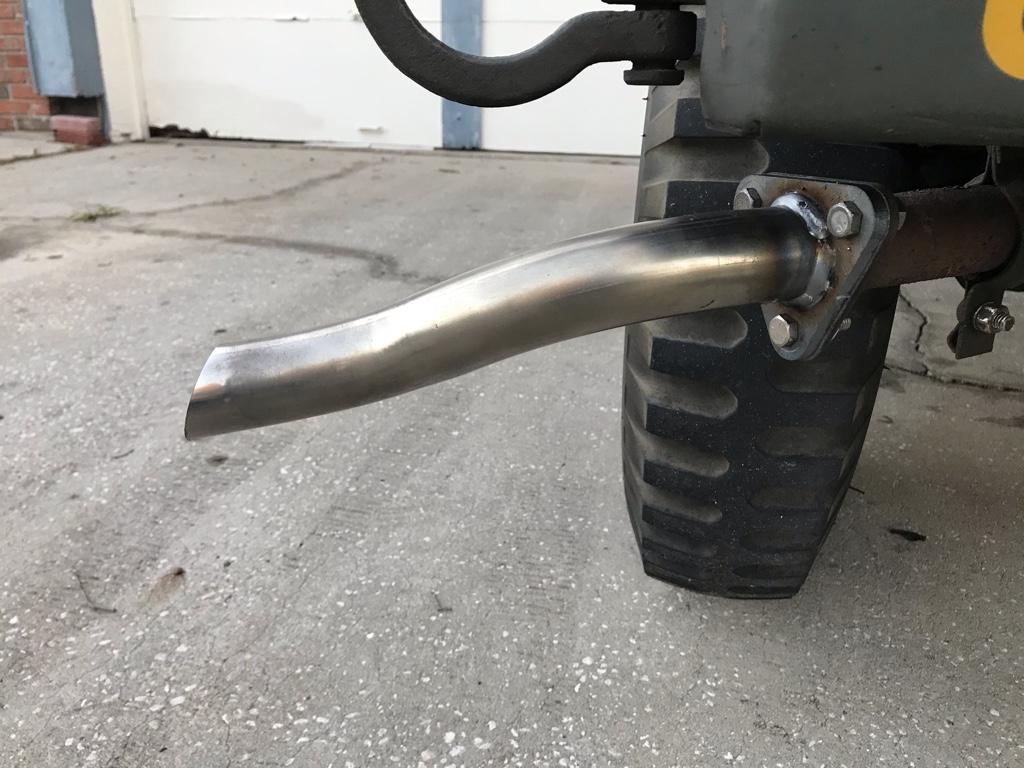 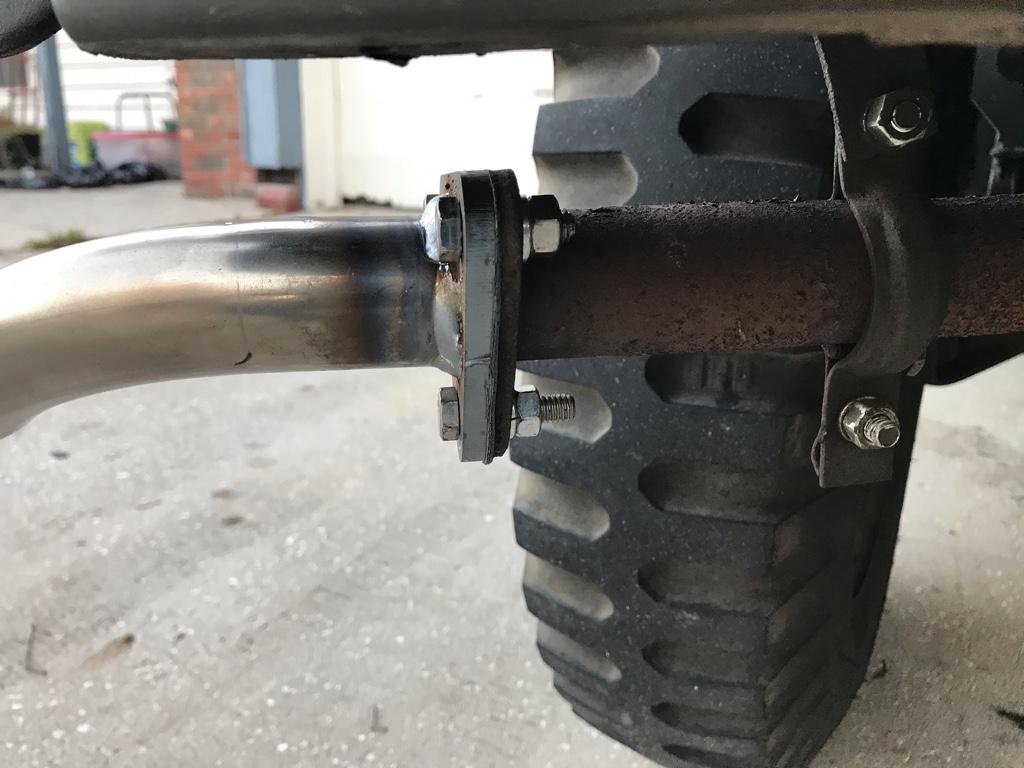 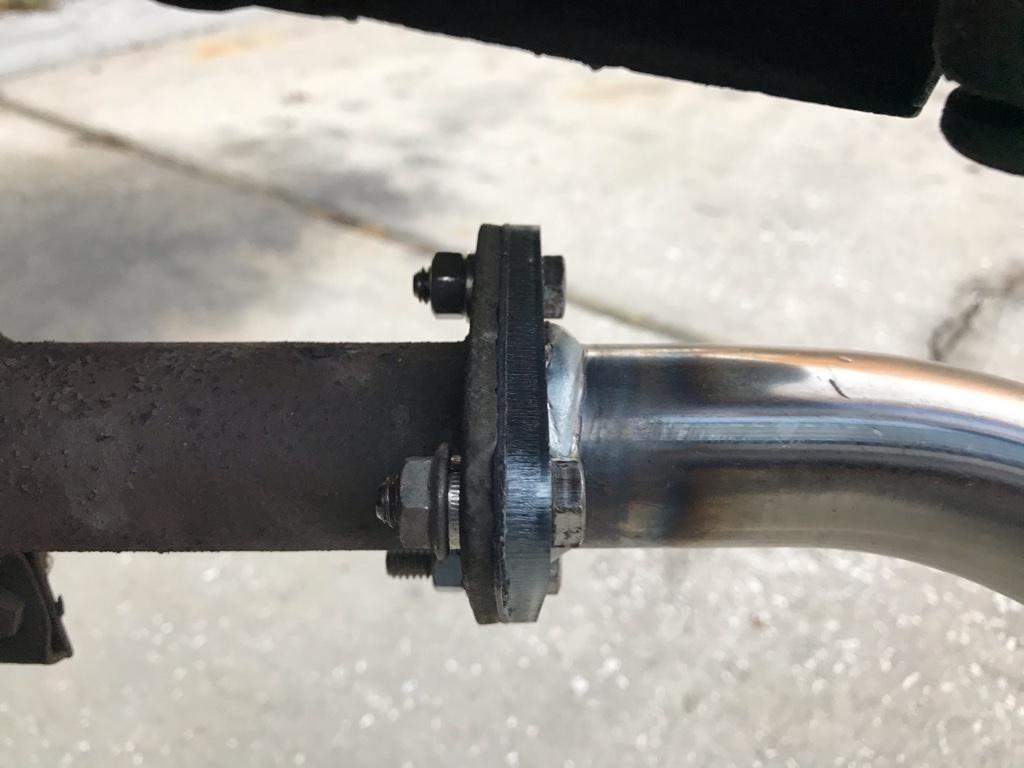