Welcome to the MV of the month poll sponsored by Consolidated Press. The winner each month will receive a one of a kind decal with their win! If you need decals, magnets, stencils, or anything printing related, please give them a call!

Now, onto the vote! Please vote for MV of the month! Feel free to campaign in this thread, but please keep it here and not via PM. 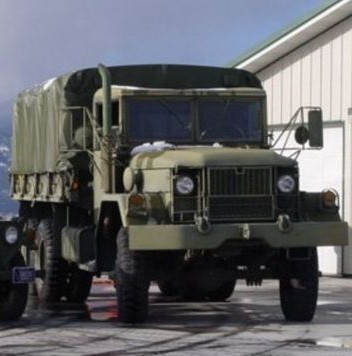 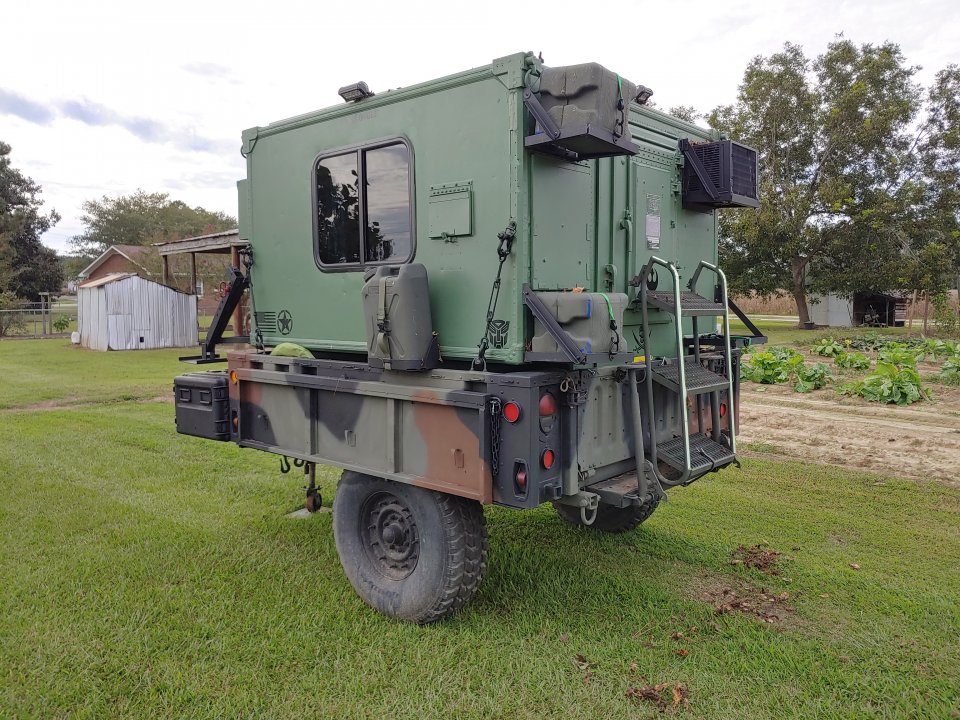 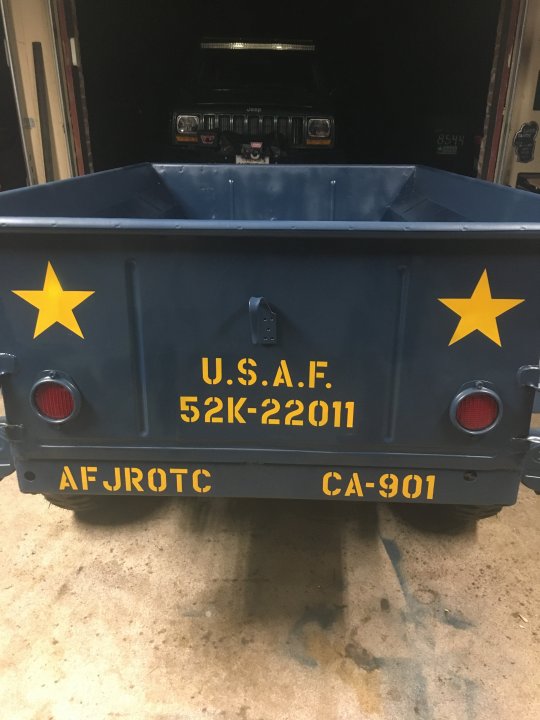 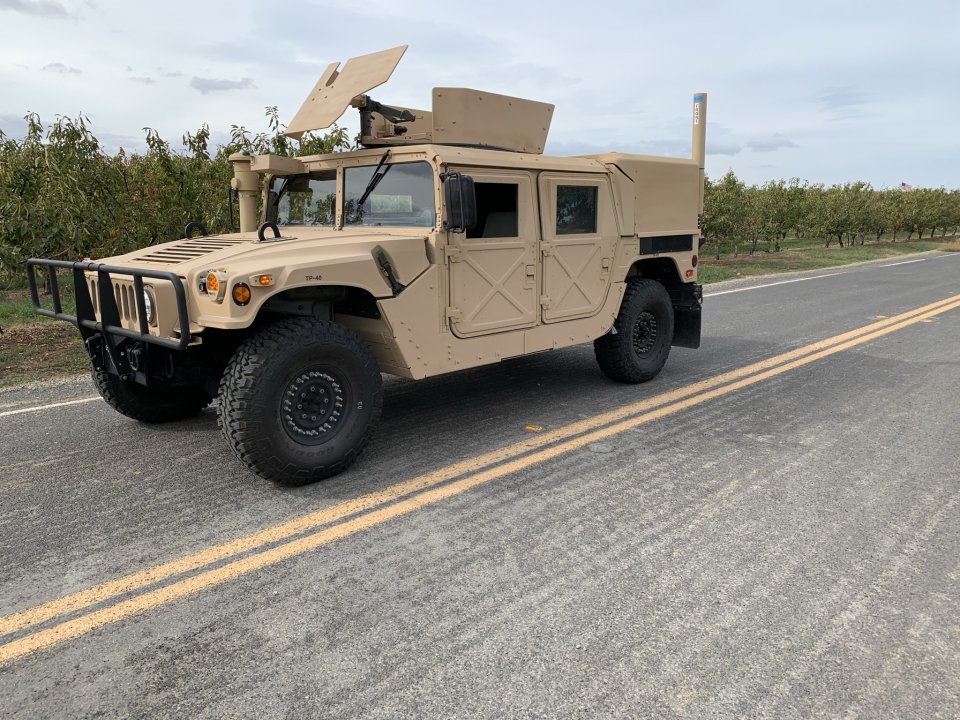 Voted, best of luck to you all!

Where to start. A hmmwv with a turbocharged engine and air conditioning, a couple of very nice trailers, two very clean troop carriers, and an auger truck. PB, you might have more than a two way tie this month.

Why vote Seabee Auger?
M925 Seabee Auger Truck "Rags to Riches" story: I negotiated for her freedom from a Juvenile Detention Camp this year where she was neglected for some time. Wes picked her up for me and graciously brought along all the wasps and dirt dobbers. The truck was fully reset in 1998 in California for the Seabees and the Auger unit's 82 hours look original. Data plates show the truck has just over 1000 miles since rebuild and it included: rear lockers, fording kit, PTO, Auger install and bed fabrication, hydraulic outrigger install, full rebuild of the truck, and I'm sure other things we may never know. Basically the ultimate off road 5 ton.

I've gone all out to restore her back to her factory condition. Her original colors are green upper body and black chassis (though I went for a semi gloss black to give some semblance of character). The Seabee stencil is from the original design and all stickers were painstakingly preserved. I stripped the interior of the cab and obtained NOS seats, floor insulation, replaced glass, new steering wheel, and much more. It's nicer than my own M923A2 . All PMCS and needed repairs (fuel lines, etc, etc) were done of course and I've gone as far to replace the wood between the truck frame and the bed. She starts and moves quick despite the heavy auger on her.

The auger it self is an official Navy Redrill/Texoma 270-D (I'm assuming for Diesel) which is powered by a 353 Detroit. I pulled the valve cover and went through the top end of it (having done a few 8V92s in HEMTTs and 353s in Gama Goats it's all the same). Now, not trusting near 25 year old high pressure hoses near me I opted to change all the hoses on the unit. Hydraulic, fuel, you name it and it was well deserved. All fluids have been changed and she took every bit of a 55 gallon drum of oil to fill. The unit is complete with all bits and is fully functional. Literally turn key. What you wouldn't guess is that the boom is literally designed to be a crane AND directional winch so it's an all-in-one platform for your Seabee on the go. From tip to tire it has my approval and should get yours. Vote for Fuzzy is a vote for the Seabee Auger!


**Photos attached instead of inserted for those with bandwidth limitations**​

This truck and I were both assigned to Fairchild AFB when I was AD however we never crossed paths because it was assigned to the civil engineer squadron of the Air National Guard. Never drove one of these trucks so I got a quick lesson from the DRMO manager who was retired military. He told me the trucks in the lot were sitting idle for a few years before they were auctioned off. The first photo is the posting from Gov Liquidators. I got a completer set of cargo bed bows and a set of tire chains with it. I drove it over 200 miles and the only issue I had was the rear main started leaking so the clutch started slipping. I nursed it home the final 30 miles and parked it until I could get around to changing the rear main and the clutch.

Please click on the link to see the full story of how I converted a neglected S-250 comms shelter to a sleeps-three family overland camper on an M1102 trailer.

I bought a Gichner Systems S-250 Comms Shelter on GovPlanet with the idea of converting it to a micro camper for me, my wife, and my 12 y/o daughter. I decided on an M1102 trailer as the host, as I have a 1986 AM General M998 HMMWV, and it would ride appropriately, and also my Tacoma TRD...
www.steelsoldiers.com

No S-250 / M1102 combination I have seen so far has gone to these lengths to keep it military, but with refinements of civilian campers.

I forgot to mention in the last post that I've owned it since 2012 and have done nothing to this truck other than what I mention previously although I did buy a cargo cover for it. This thing is as it was when it was released from the military. Of course when you buy a deuce you have to get a trailer which was another GL acquisition a few years after I bought the truck. The front pintle hook on the truck was installed by the military. It sure makes it easy to back a trailer into a spot.

The most I've done with the truck is attend a local auto show.

My '81 M813A1 may appear stock at first glance but a closer look reveals that this sweet 5 ton is really the cat's minge! It may not have lockers or super singles, but I have designed several custom upgrades that add to the functionality of the truck while keeping a stock look to it. I've added a full complement of jake brakes under the stock hood, a functional grenade shifter that activates the jakes, boost & pyro gauges, a 4-person VIC-1 intercom, a cab heater hidden in a twin air canister, and the dual fuel mod.
The truck enjoys turning heads at parades, car shows, schools or whenever cruising through town

Some great MVs this month. Thanks to everyone who entered!!

Oh, a tough one, no slags in the bunch.
Reeeeeeally like Fuzzy's Seabee truck, but he has a good lead and I finally had to go with the M813. What can I say? Look at my name!

About 4 hours til the

It's better when Papa Bear sings.

Congrats Fuzzy!! Awesome Auger Truck. Thanks to all the contestants who entered their beautiful MVs this month. Also thanks to all who took the time to vote!

Congrats from overseas. Whish we had an auger like this. Very usefull MV.

For a guy whose username seems to imply that his kitchen countertop appliances are extraordinarily UNSANITARY, that sure is one VERY CLEAN Auger Truck!!!